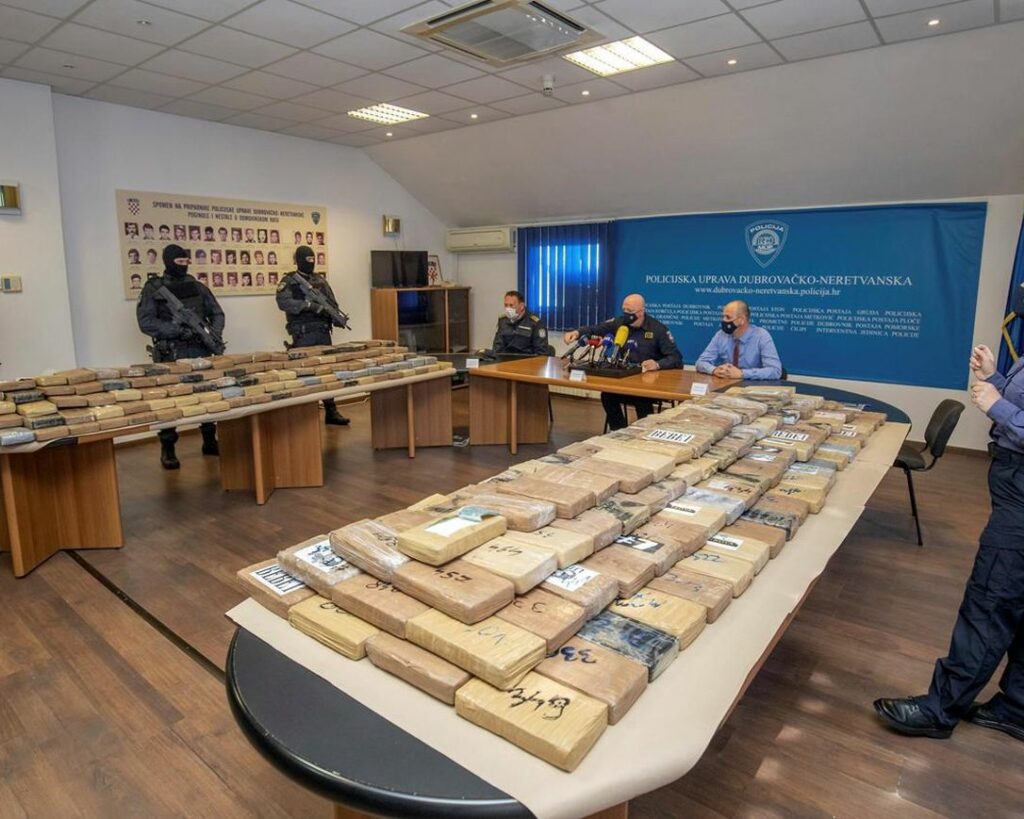 Croatian police say they have found and confiscated more than half a ton of cocaine hidden in fruit containers in an Adriatic seaport, The Star reports.

State HRT television described the seizure last Wednesday as one of the biggest ever in Croatia.

With the help of sniffer dogs, police discovered the cocaine two weeks ago in the port of Ploce, close to the leading tourist resort of Dubrovnik, they said at a press conference.

Police and customs officials discovered the 575 kilograms (1,267 pounds) of cocaine during a random search of the containers that arrived from South America.

No one has shown up since to collect the drugs, and there have been no arrests so far, they said. Police estimated the street value of the cocaine at more than 57 million euros ($68 million).

No other details have been revealed as an international probe is ongoing. Croatian police said the cocaine was destined for other countries in the region.

Drugs hidden in containers carrying fruit are often intercepted in European countries like the Netherlands and Belgium, both of which are regional trade hubs. One example of this is when cocaine was discovered in a Colombian avocado shipment in Rotterdam in December 2018.

There had been various other interceptions in the continent over recent years, with the cargo usually coming from Latin America.