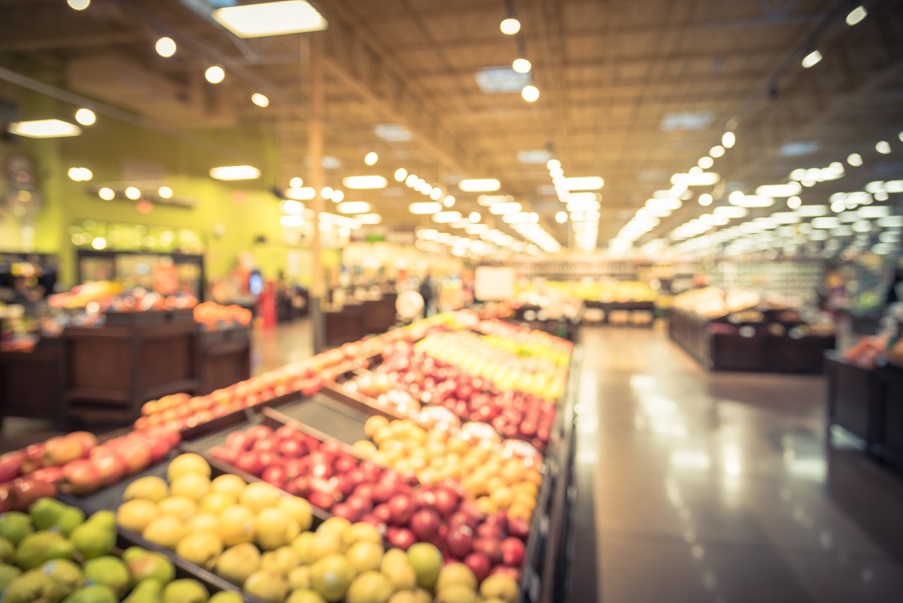 The multi-month normalization of U.S. grocery shopping patterns came to a halt in August, as rising Covid-19 cases led to an increase in fresh produce sales at retail.

“Since January 2021, we had been seeing the share of meals prepared at home decrease a little each month,” said Jonna Parker, Team Lead Fresh with IRI.

“However, with the elevation of Covid-19 cases in the past month, IRI’s latest survey wave among primary shoppers found that the share of meals prepared at home increased once more to nearly 80% from 76.6% in July.”

At the same time, the survey found that people were a little less likely to eat on-premise at restaurants. After reaching a high of 50% of primary shoppers in July, the share dropped to 48% in August. Restaurant takeout remained at its high pandemic levels: 53% of consumers have gotten takeout and 20% had restaurant food delivered in the past few weeks.

“Additionally, August saw a bit of an uptick in ecommerce orders after several months of trips moving back to in-person visits,” said Parker. “While these are small shifts, online versus in-store trips can mean different items being purchased, but can also affect impulse areas, including fruit and floral.”

The survey also found that shoppers continued to spend less time in-store than they did pre-pandemic.

Combined, all these changes point to the increase in Covid-19 cases across the country prompting some reversal in the normalization of grocery shopping patterns.

IRI, 210 Analytics and the Produce Marketing Association (PMA) have teamed up since March 2020 to document the ever-changing marketplace and its impact on fresh produce sales.

Food retail price inflation has become a big topic of discussion in recent months and produce prices, by and large, are no exception.

IRI-measured price inflation (i.e. dollars divided by volume sold at retail) shows that prices continued to rise over and above their elevated 2020 levels for total food and beverages.

The price index for fresh produce is right in line with total food and beverages most weeks currently showing a 6% increase versus 2020 this past August. The July numbers from the Bureau of Labor Statistics (BLS) showed record increases for restaurant prices and very similar increases for food-at-home.

Fresh produce accomplished very consistent sales each of the five August weeks, right around $1.4 billion. That meant an uptick over year-ago levels most weeks.

Combined, the five August weeks generated $7 billion, which was up 1% year-over-year and 12% over pre-pandemic August 2019.

“August delivered the strongest year-on-year results we have seen since having to go up against the pandemic sales peaks in March,” said Joe Watson, VP of Membership and Engagement for PMA.

“Once more, it was fruit sales that boosted overall fresh produce sales past year-ago levels, but vegetables had a very strong August as well, now within just two points from the 2020 sales levels."

"The difference in fruit and vegetable year-over-year performance lies in their 2020 sales results. Vegetables had much higher gains in 2020, which means a tougher road for growth this year. Additionally, fruit has experienced slightly higher inflation thus far in 2021 than vegetables, which boosts dollar sales gains.”

"Importantly, all but three fruits managed to improve sales year-over-year in August and apples and mixed fruit grew sales by double digits. Deflation in avocados has been pulling sales down for a while, even though engagement and volume sales are strong.”

Berries, apples, bananas and grapes have been steady top 10 sellers, but mandarins, peaches, cherries and mixed fruit are all relative newcomers. Cherries and peaches tend to have short selling seasons and mandarins replaced oranges to represent citrus fruits.

“Vegetables generated about $3.2 billion in August sales with many of the same powerhouses we have seen all year,” said Watson. “Mushrooms climbed a bit higher in the rankings with nice year-on-year gains and broccoli bumped corn out of the top 10.”