In this installment of the ‘Agronometrics In Charts’ series, Sarah Ilyas evaluates the state of the California blueberry market. Each week the series looks at a different horticultural commodity, focusing on a specific origin or topic visualizing the market factors that are driving change.

The U.S. Department of Agriculture reported the 2021 crop at 74.5 million pounds compared to 79.3 million pounds in 2020. The weather related damage hit some farms in some locations especially hard, with others escaping unscathed.

He operates one of the oldest blueberry farms in the state, growing older varieties that came from the East Coast. For the first time in 32 years, he will have almost nothing to harvest. Because of the dry winter, Carlon said he did not have water from a pond that feeds overhead sprinklers for frost protection.

Warm temperatures before the freeze advanced flowering, pushing his crop two weeks ahead of schedule when the freeze hit. Even though it was limited to one night and about an hour, he said it was "enough to literally take out our entire crop."

The projection for the total U.S. highbush blueberry market in 2022-23, which includes domestic and imported blueberries, is estimated at 1.5 billion pounds, according to Kasey Cronquist, president of the Folsom, Calif.-based U.S. Highbush Blueberry Council and the North American Blueberry Council.

This season, peak recorded volumes for Southern California were 272 K Kgs in week 11. As for Central California, a peak volume of 2.4 K tonnes was recorded in week 21. 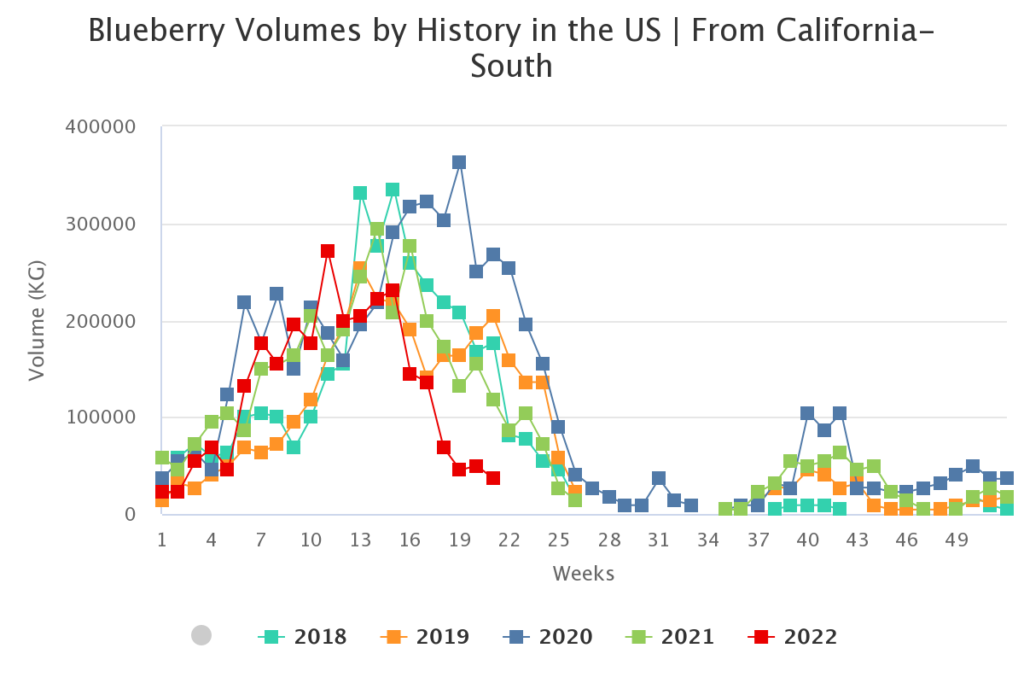 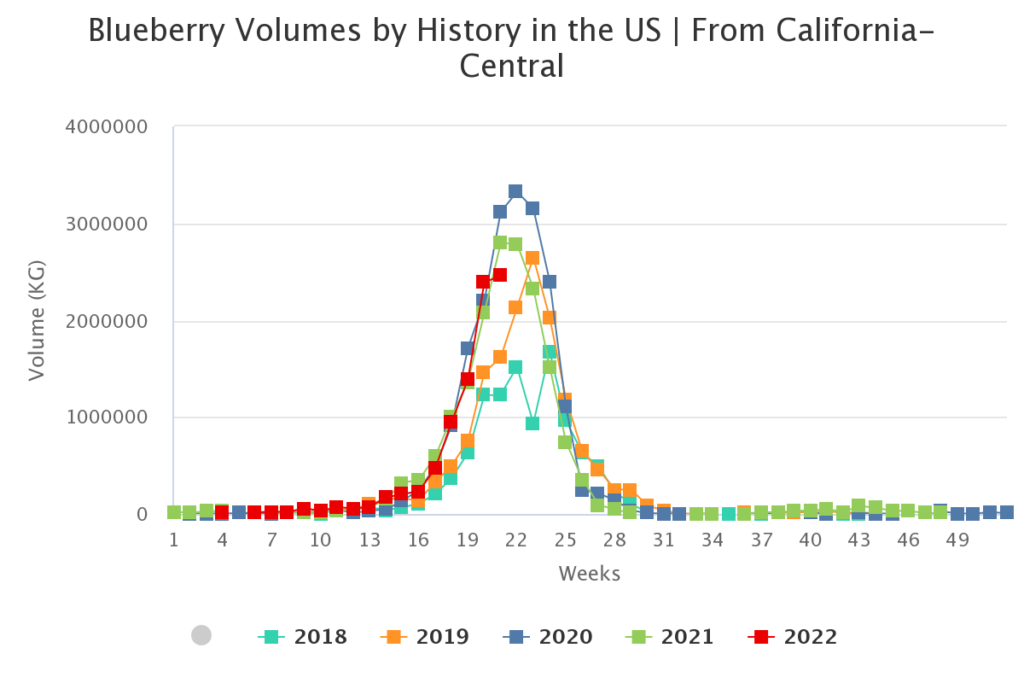 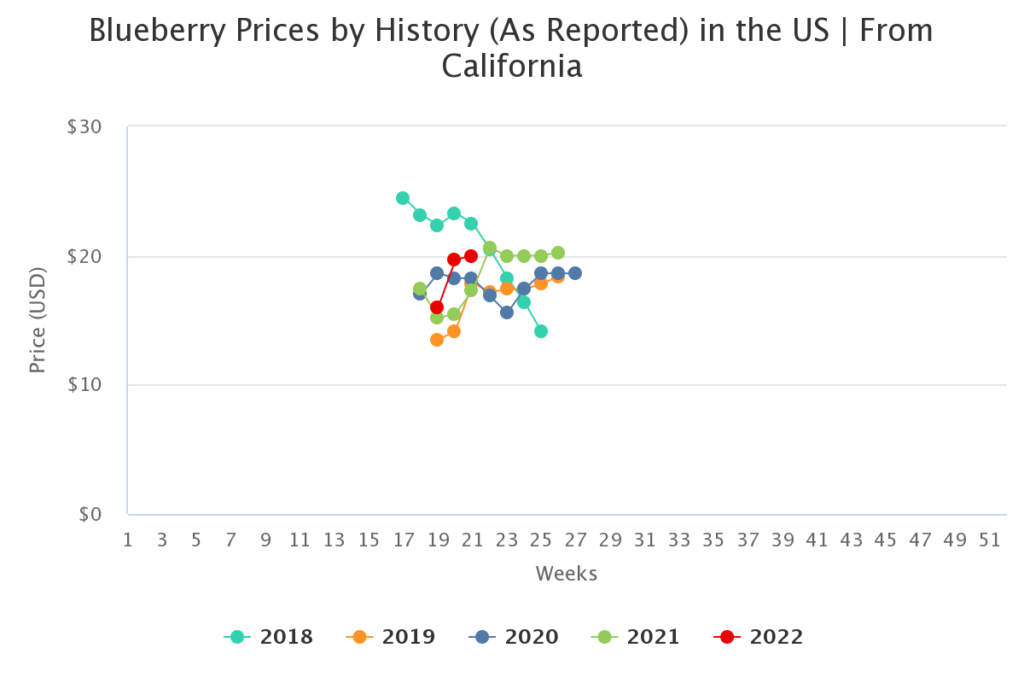 To mitigate pressure from the domestic market, the blueberry commission is concentrating on expanding its opportunities globally. About 25% of the California state crop is now exported.

Canada and Taiwan have been top export destinations for California blueberries.