With a market-based enforcement approach to social accountability, the program involving some of the USA’s leading tomato growers and buyers saw positive results in its sixth year. 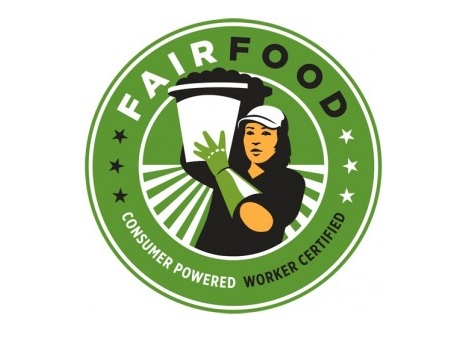 Fair Food Program (FFP) participants’ record of zero repeat suspensions continued last year to the benefit of farmworkers and a supply chain that is increasingly under consumer scrutiny for its social responsibility.

As the result of efforts from Florida’s Coalition of Immokalee Workers (CIW), the program – whose products carry the ‘Fair Food’ label – includes growers such as Del Monte Fresh and buyers ranging from Walmart to McDonald's.

The groundbreaking program has a wide mandate of conditions, from the simplest of needs such as access to shade to a hotline allowing workers to voice reports of abuse in the fields.

The program allows these workers to report such cases - whether it is sexual harassment, verbal abuse, the denial of payment or other complaints - without fear of retaliation from employers. Communication services are offered in Spanish, Haitian Creole and English.

The CIW claims the program has “brought transformative and lasting change to the lives of tens of thousands of farmworkers from Florida to New Jersey”.

“Overall trends in the data are clear. In a few short years, the Fair Food Program has reshaped the practices of the Florida tomato industry, which is now recognized as the best work environment - with the most impactful and verifiable workplace standards - in US agriculture,” the report said. 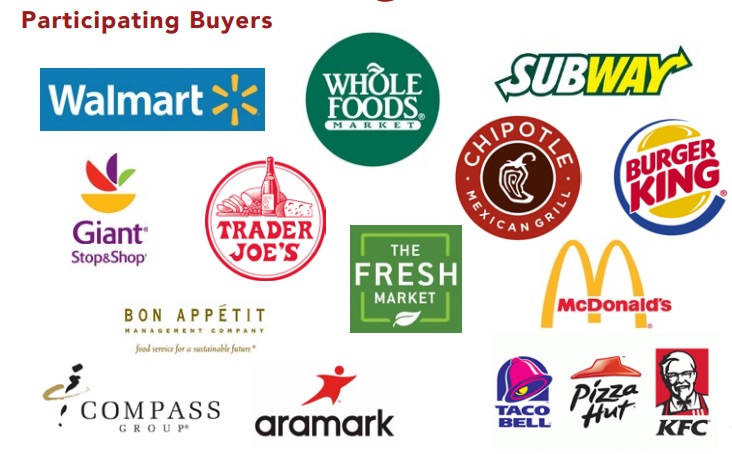 “For workers employed at Fair Food Program farms - the mother who no longer must leave her dignity in the fields in order to feed her family, or the father who no longer fears violence or losing his job for asking about unsafe conditions or missing pay - the progress brought forth by the FFP is profound and personal.

“By the beginning of Season 5 (2015-16), the Program had entered a new moment, defined less by the need for fundamental change than the task of sustaining remarkable gains already achieved.”

However, in that season there were slight declines in compliance amid a period of economic challenges for the industry. Last year however, participants were back on track.

“Grower probations and corresponding corrective action plans resulted in a rebound from Season 5 setbacks. In nearly every area of compliance, Participating Growers achieved the highest average scores received since the start of the FFP,” the report said.

During the last season auditors found no evidence of retaliation or threats of retaliation against workers who brought forth complaints on nearly 85% of FFP farms. 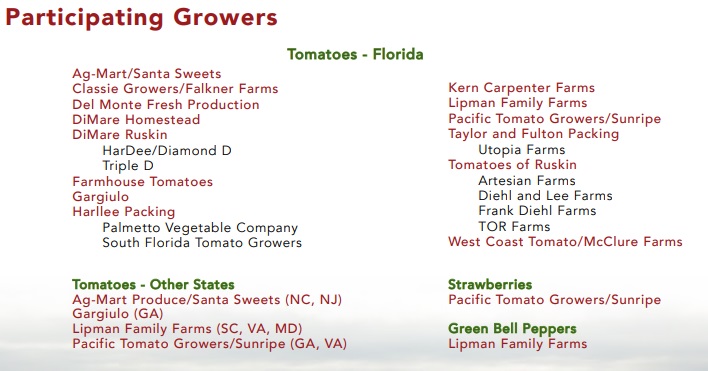 “On those farms where instances of retaliation or threats of retaliation were identified, they were limited to the behavior of one or two supervisory employees, whose actions have been addressed through the corrective action process,” the report said.

Authors also highlighted an emphasis on the speedy resolution of complaints, considering many farmworkers were transient and thus required redress before moving on to the next farm.

The report highlights numerous examples of the Fair Food Program’s execution at the farm level and its real impact on people’s lives.

Last season the FFP received a complaint about a crewleader who had been “borrowing” substantial amounts of money from workers on his crew without paying them back.

“The workers were initially afraid to report this issue because the crewleader had previously retaliated against workers who did not lend him money by refusing to give them work,” the report said.

“After FFSC informed the Participating Grower of this complaint, the company investigated and immediately terminated the crewleader.

“Company HR met with the affected crew to inform them why their crewleader had been terminated, and to offer full reimbursements to any workers who were still owed money.”

In another case, a Haitian worker complained about a field supervisor who he believed was discriminating against Haitians. The issues was taken directly to the participating grower’s HR staff.

“Thank you for helping get this enormous weight off my chest,” the Haitian worker said.

“I feel like a tractor-trailer has been lifted off me. The work is difficult, but it is fine when we all get along. I was tired of going to work thinking 'what is going to happen today’?”

The report also included a positive response from the farm manager of a participating grower, who at first felt the program was burdensome but then found it had “paid off”, in a similar fashion to food safety requirements introduced in the early 2000s.

“I remember flipping through the Code of Conduct and asking: Shade? Time clocks? A Health and Safety Committee? But all of those things have made us a better company and created a better work environment for our employees,” he said.

The farm manager then described how company crewleaders had told him about groups of workers who left the company to try working at a nearby tomato farm outside of the program, only to quickly return and complain that the other company did not do a good job keeping track of workers’ hours or pay, that there were no bathrooms or shade, and that supervisors were verbally abusive. 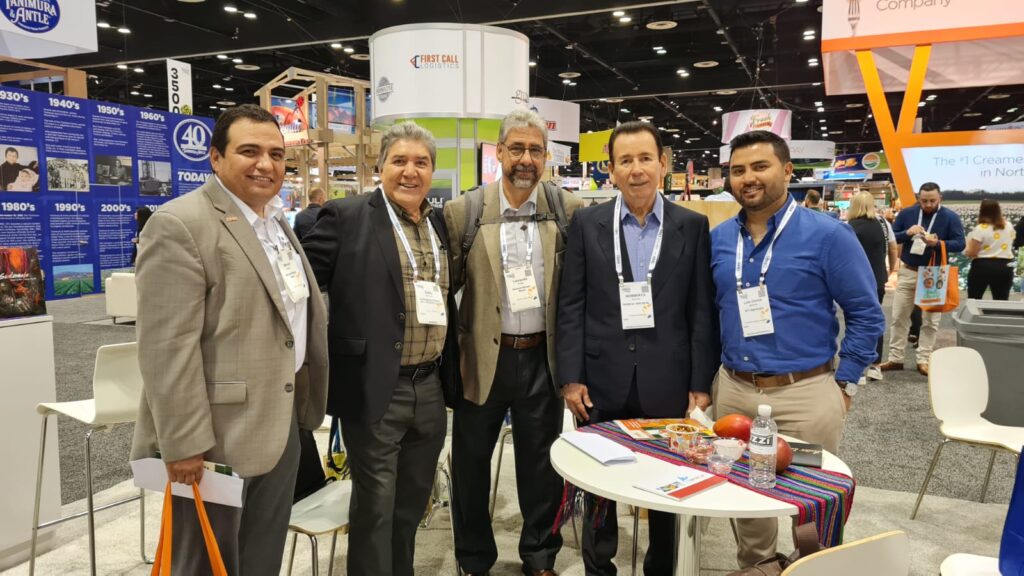 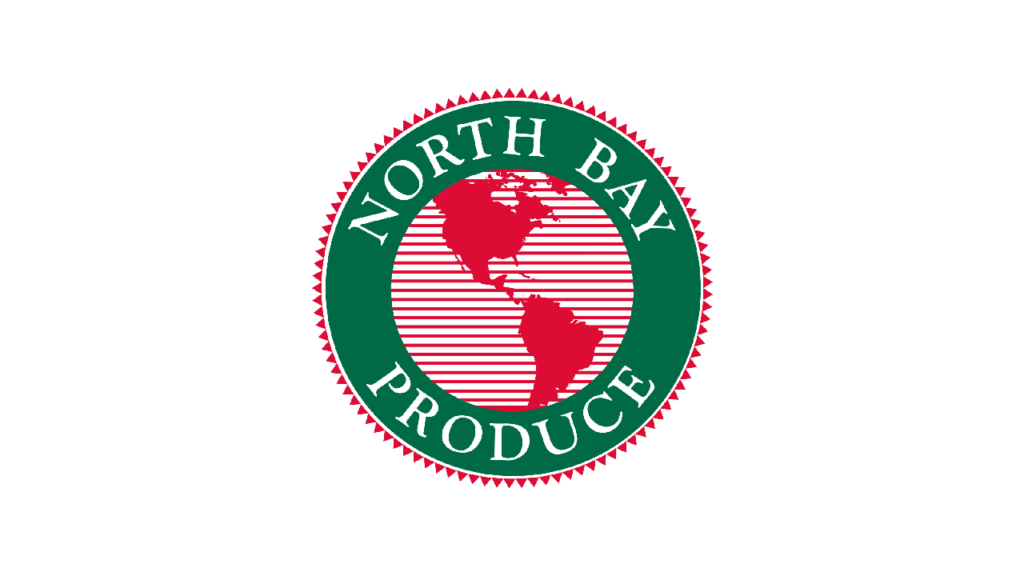