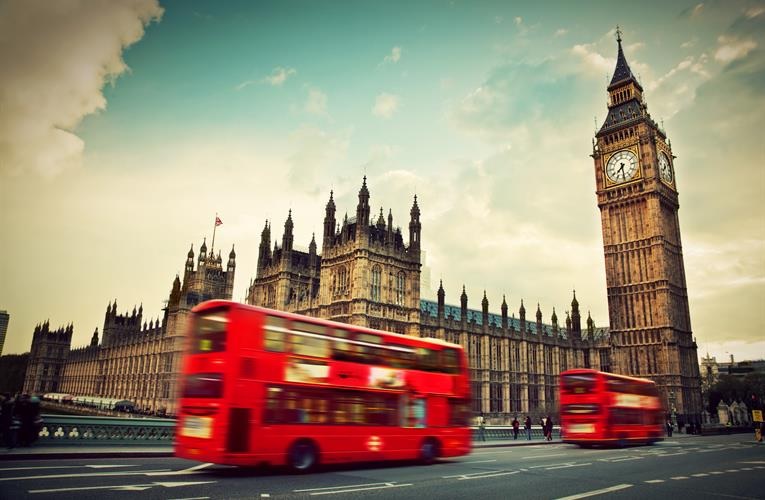 From the pages of Jim Prevor’s Perishable Pundit

It was a half-decade ago when PRODUCE BUSINESS magazine joined hands with the Fresh Produce Consortium, the produce trade association of the United Kingdom, to create a new industry institution: The London Produce Show and Conference.

Combining specialized workshops, regional tours, networking opportunities, chef demos, media programs, student programs, etc. — it has become a gathering place for thought- and practice-leaders from around the world. With the UK on the verge of Brexit, it has become a focal point as the global produce production sector thinks about ways to address the 5th largest economy in the world.

Of course, UK retailers have long been global standard-setters, and an explosion of growth in the foodservice sector has been transformative, attracting companies such as Sysco to invest in the UK and leading us to set up a dedicated Foodservice Forum co-located with The London Produce Show and Conference. The attendee base includes countless retailers, wholesalers, service producers, importers, exporters, logistics and all the components of a vibrant industry.

It has become a place where firms showcase new products, hold meetings for key retail staff and important companies, such as Robinson Fresh, have used the venue to launch new global branding initiatives.

Perhaps no part of the event showcases its reach and ambition as much as the annual Perishable Pundit Thought-Leader Breakfast. We gather interesting and incisive people to discuss ways to advance the industry. It is no coincidence that we do the panel just before the trade show opens, so attendees enter with minds open to new ways of thinking and approach the day with resolve to find things of use and interest.

It is a great pleasure to announce our Thought-Leader Panel for the 5th edition of The London Produce Show and Conference:

Rich Dachman is a native of Denver, CO, and attended Colorado State University. He began his produce career at his family-owned business in Denver. Following the sale of the family business he and his father opened a new foodservice operation in Denver for Kraft Foods, Inc. before Rich joined Kraft's corporate office in Chicago as national director of Produce in 1987.

In 1992 he joined FreshPoint Inc. and was president of FreshPoint Operating Companies in Houston, Denver, Atlanta and its central procurement office in Salinas, CA. When Sysco acquired FreshPoint in 2000, Rich was appointed to the position of senior vice president, Western Region, and in 2007 was promoted to vice president of produce for Sysco Corporation. Rich was awarded the Foodservice Achievement award by The Packer in 2010, and served as chairman for the Produce Marketing Association in 2012.

Curt is the Business Development Director of Produce and Floral at Publix Super Markets, the largest and fastest-growing employee-owned supermarket chain in the United States. Publix operates across the Southeastern US and is headquartered in Florida.

Curt was promoted to his current position in 2017 after supporting the company’s produce business in a variety of retail and support roles. He joined Publix in 1984 as a part-time package clerk (bagger) and, after a short stint in bagging, Curt quickly moved into the produce department as a part-time produce clerk. He worked all the produce positions before being promoted to Produce Manager in 1995.

In his role, Curt enjoys giving his associates the information and tools they need to succeed. His responsibilities include: scheduling weekly meetings to share information, discussing the produce and floral departments’ mission and strategy, and perpetuating the Publix culture.

Curt is married to Tammy and has two children, Caity and Christa. In his free time, he enjoys the outdoors, biking, boating and hanging out with his family.

Steve is the Purchasing Director of UK-based independent contract caterer Bartlett Mitchell, a position he has held for the last three years.

A caterer by profession, Steve has been a procurement professional for the past 20 years. He started out in the contract catering sector, working his way up from Chef Manager to Operations Manager before his move into Procurement.

As an experienced caterer, one of Steve’s key assets is being able to relate to the people on whose behalf he is procuring. In any food-related business, he believes it’s important to keep chefs in mind when implementing procurement strategies.

Steve also feels his experience in food production and delivery enables him to make informed decisions that work best for the business – not just in terms of price, but also quality and service level.

In his role at Bartlett Mitchell, Steve is also engaged with environmental and sustainable issues.

Peter held various brand-marketing positions with international food and personal care companies in the FMCG industry before joining The SPAR Group in 1986. The SPAR Group of Southern Africa operates out of six distribution centers servicing 800 stores.

Peter was Marketing Director for six years, after which he became GM Perishables and launched the SPAR Group’s first perishables distribution facility and then he was responsible for the creation and implementation of the group’s fresh private label ranges.

Theresa is a Technical Manager at retailer Sainsbury’s, where she has worked for almost 25 years. Brought up on a mixed farm in Shropshire, Theresa has always had a keen interest in science and technology, and its role in maintaining sustainable agricultural and horticultural production systems.

Through working at Sainsbury’s, Theresa has established a solid track record of proactively working with and supporting the UK horticulture industry, including driving quality and innovation through facilitating commercial growers’ adoption of outputs from R&D and innovation, which she deems critical for a sustainable, competitive and agile industry.

Amongst the most significant industry step changes Theresa has achieved are: the adoption by tomato growers of hydroponic growing systems, the transition of strawberry growers from field-based production to protected table-top production systems and to packing their produce in top-seal punnets, and encouraging topfruit growers to invest in intensive production systems and pre-grading facilities.

Importantly, Theresa has led the way in shaping a more direct working approach between grower and customer, which she refers to as ‘evolution not revolution’.

In 2009, she founded the Huxley Training Orchards at Hadlow and Pershore colleges with the vision that they serve as a valuable teaching resource. The orchards also facilitate interaction between students and commercial fruit growers to highlight potential career opportunities available to those with Professional Horticultural skills in the context of future food and fuel production.

Theresa says she feels blessed to be in a career that she enjoys, working with an industry she loves, and for a company that has allowed her to follow her interests and make a difference.

Paul James Morgan is the Category Manager for fruits and vegetables for Spinneys Dubai. He has been involved in the buying and sourcing of fresh foods for nine years and started his career in the fresh produce department at Musgrave Retail Partners GB, managing categories for the Budgens and Londis brands.

After four years purchasing fruit, vegetables, fish and meat, he joined Sainsbury’s to work in the food-to-go category (sandwiches, sushi and salads). In 2015, he moved to Spinneys Dubai, a leading retailer in the Middle East with over 65 stores across the UAE and Oman. As category manager of fresh produce, he sources directly with growers around the world.

Spinneys is the first retailer in the region to join GLOBAL G.A.P. and hold the license for Waitrose stores in the Middle East.

Jonathan is the Managing Director of Poupart Imports, which has supplied fresh produce to wholesale and non-retail customers in the UK since 1895.

Jonathan is the fourth generation of his family to work in the fruit industry, joining the trade in 1976. He started his career within the family business, Louis Reece, becoming a salesman in the wholesale markets. After five years in the role, he progressed to become an importer/distributor.

After the family business was sold, Jonathan joined Poupart in 1987 and set up Poupart Imports in 1998 to concentrate on supplying the non-supermarket sector. Today, he specialises in procuring a wide range of counter-seasonal fresh produce from South America and South Africa.

Rupy is the London-based NHS general practitioner (GP) who started ‘The Doctor's Kitchen’; a project to inspire his patients about the beauty of food and the medicinal effects of eating well.

Rupy describes himself as a straight-talking doctor who gives healthy eating inspiration. With a focus on plant-based eating, he creates quick and easy nutrient-dense recipes and talks about the clinical research behind the ingredients he uses via his debut cookbook and blog The Doctor’s Kitchen, as well as his videos and images on YouTube and Instagram.

Standing at the forefront of lifestyle medicine movement in the UK, Rupy is also a clinical adviser on nutrition to the Royal College of GPs in London. Through this role, he aspires to bring the concept of 'Culinary Medicine' to the profession globally.

Rupy is the Show Ambassador of The London Produce Show and Conference 2018.

Before her current position, Maria was the Head of Business Development at ICA, where she looked after issues such as sustainability, among others.

Maria graduated in economics and management from Lund University in Sweden in 2004. Before joining ICA in 2008 she worked in the paper and packaging industry for SCA Packaging, which has since become DS Smith. She spoke at The Amsterdam Produce Show and Conference in 2017.

Come join us at The Perishable Pundit Thought-Leader Breakfast at The London Produce Show and Conference.

You can register right here.

You can inquire about Industry Tours here

And while you are there, you will see cooking demos, media tours, student programs and much more.

If you have questions please let us know here.

And we have a few opportunities left to sponsor or exhibit. If you are interested let us know here.

Looking forward to seeing you at The London Produce show and conference!