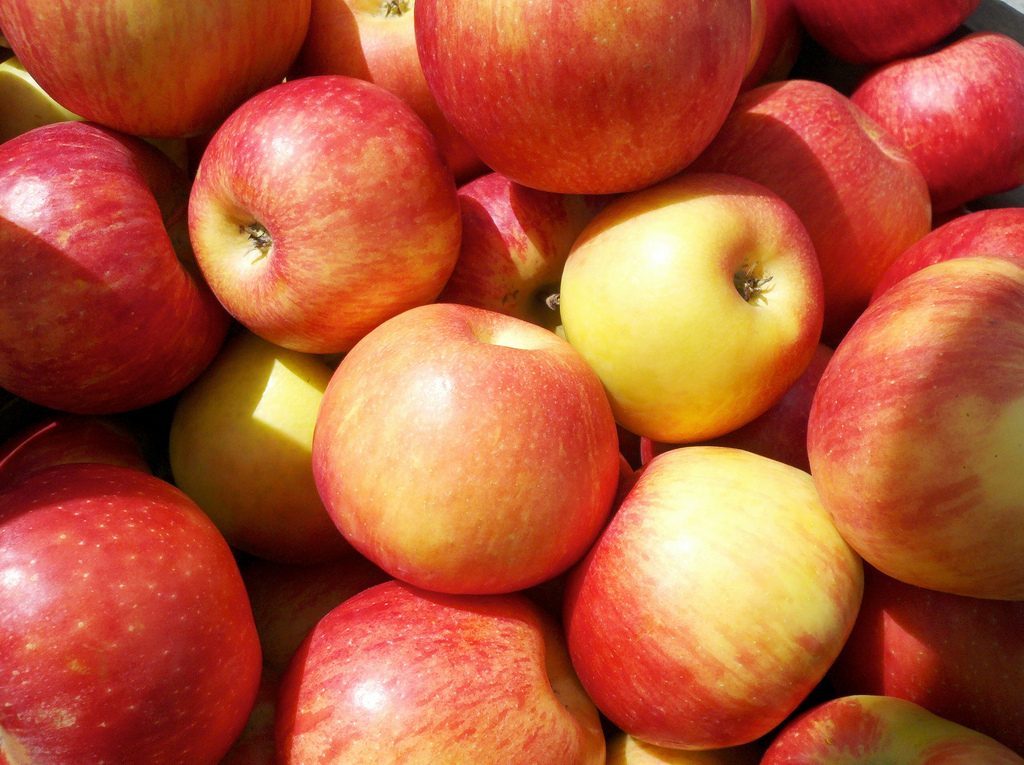 In this 'In Charts' series of mini-articles, Colin Fain of data visualization tool Agronometrics illustrates how the U.S. market is evolving. In each series, he will look at a different fruit commodity, focusing on a different origin or topic in each installment to see what factors are driving change.

When you talk about apples in the U.S., the first thought that comes to mind should be Washington. Maybe right after it should be, 'Wow, the U.S. consumes a lot of apples!'

I would consider the category a steady giant. Other than bananas, it is the largest commodity we track, delivering 20% growth from 2010 to 2017. That level of growth in eight years might not sound like much when you compare these movements to fruits like avocados, kiwifruit and mangoes, all of which grew by more than 40%.

But when you look at how many pounds each product moved, apples really begin to stand out. In 2017, apple producers shipped 1.1 billion pounds more than they did in 2010. By the same measure, avocados - their nearest competitor - only shipped 800 million pounds more.

Of all that volume, Washington is king and in 2017 accounted for 81% of total volume in the U.S. market.

US Apple Movements by Origin 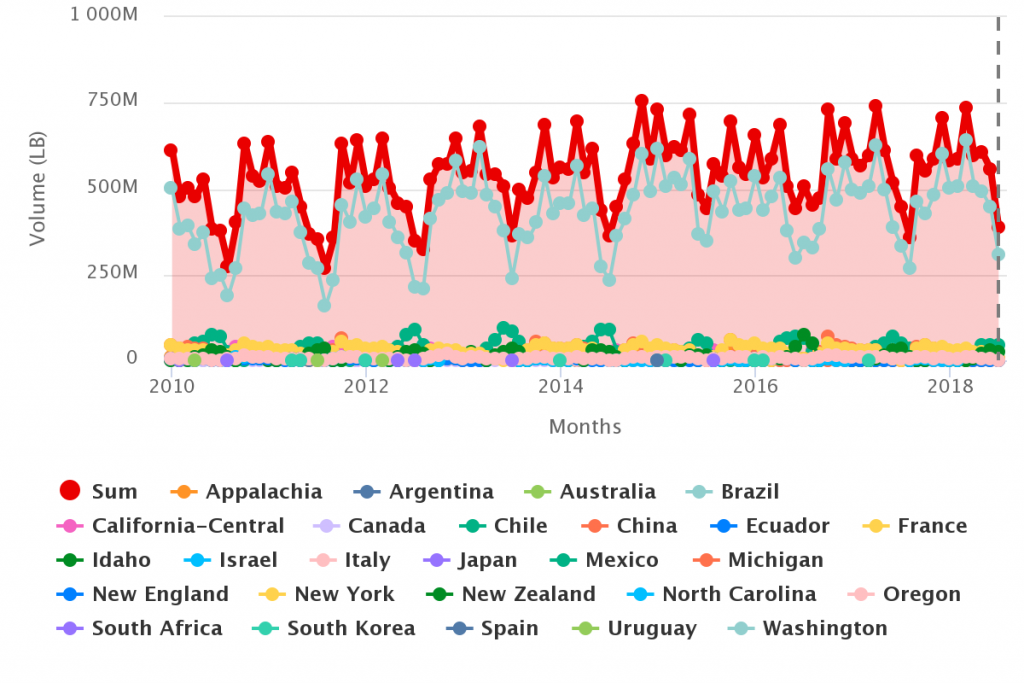 With a focus on Washington’s apple production, I thought I would use this week's column to dive into how the varieties have evolved over the last eight years.

Giving a quick look at the data in the chart below, there are two things that stand out for me. The first is Honeycrisp, which only starts showing up on USDA reports from the origin in 2013. This star product is in a league of its own, fetching a heavy premium that no other variety can get close to.

The second is a bit more subtle, but has far-reaching consequences and is a general spreading out of the prices. If you allow me to be a bit nerdy, I have put some numbers behind this. Excluding Honeycrisp, I split up the data set into two groups and calculated the average standard distribution of monthly prices from 2010 through 2013 and 2014 through 2017.

The reasons behind the spreading can be various. However, I believe the chart below speaks particularly to how different varieties are being perceived by consumers. Digging a bit deeper I calculated the difference in average yearly pricing for each variety compared to the average for the market. The biggest loser was Braeburn at -$2.63 from average - the likes of which we haven’t seen since 2013. Next up is Red Delicious at -$2.31 from average. Red Delicious has been seeing some tough years, the worst of which seems to be 2017 when it fetched an average price of $15.09 - well below the industry average of $23.90. 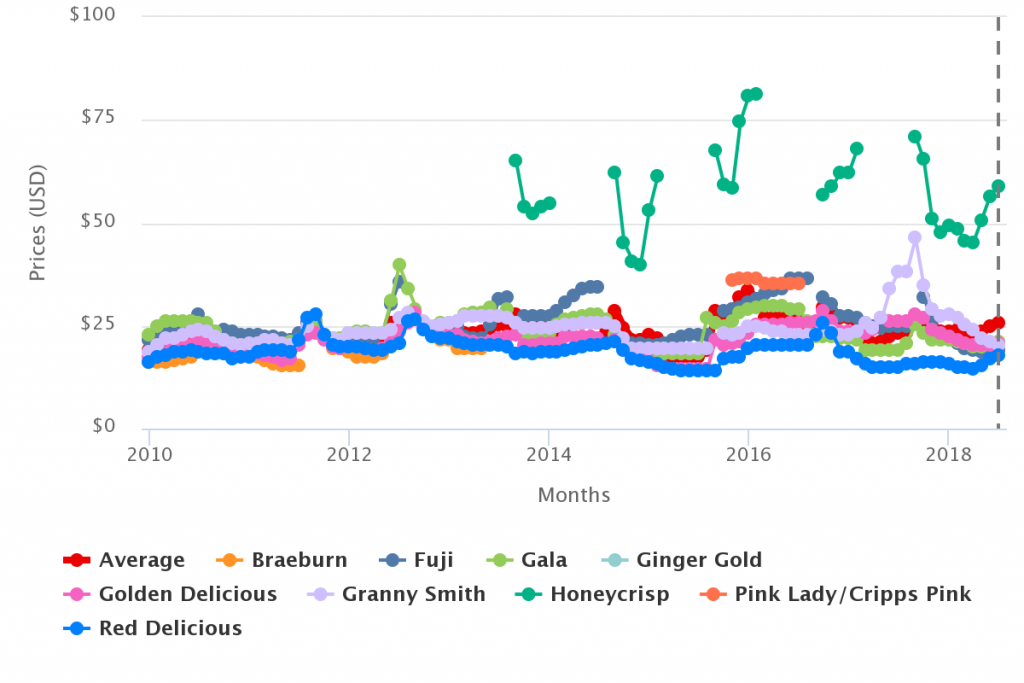 In our 'In Charts' series, we work to tell some of the stories that are moving the industry. Feel free to take a look at the other articles by clicking here.

To welcome apple professionals to the service we want to offer a 5% discount off your first month or year with the following coupon code: APPLES-IC

The code will only be good until Sept. 12, so visit us today.