Lucrative year for Canadian cherry industry with U.S. exports to China down by nearly half - FreshFruitPortal.com

Lucrative year for Canadian cherry industry with U.S. exports to China down by nearly half 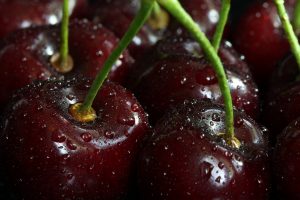 U.S. cherry exports to China were down by 41% by the end of August, and while Canada was far off being able to fill the supply gap, it enjoyed a very lucrative year.

China hit U.S. cherries with two rounds of tariffs hikes this year in April and July, increasing duties from 10% to 50%.

Meanwhile, Canada boosted its exports to China by 82% to reach 2,914MT, according to Statistics Canada.

The increase meant that 27% of its total cherry exports - which rose by 5% year-on-year to 10,620MT through August - were shipped to the Asian country.

But while Canada's cherry export volumes to China rose by 82%, the FOB values for its China shipments rose by double that rate, increasing 152% to US$25.8 million.

This also helped push Canada's total cherry FOB value up by 60% to US$88.9, despite total export volumes rising by just 5%.

By comparison over the last three years - during which time its cherry exports weren't far off this year's level - the total FOB values ranged from US$55.5 million to US$62.9 million.

The U.S. fetched slightly higher average prices for its cherries this season. The FOB value for exports to China dropped by 34% to US$80.6 million, against a volume drop of 41%, while total FOB values were down by 17% at US$497.1 million, compared to the volume decline of 20%.

Meanwhile, Chile, which last season increased total cherry exports by a massive 94% to 185,184MT through March, has been increasing focus on China, which was already its biggest market by far.

The result was lower prices for Chile than in the previous few years. But the declines mainly occurred in the latter stages of the season, and overall average FOB values per kilo were down by just 6% in China at US$4.35.