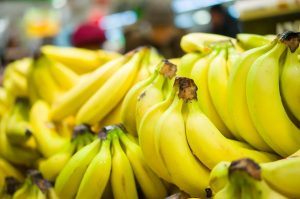 The Ecuadorian banana industry has issued a letter of rejection condemning Aldi for its plans to cut banana prices, saying it threatens the sector and its sustainability.

The country's banana grower association signed a letter with 31 other groups sent to the German-based discount retail chain which they say recently "announced plans to reduce the price of the banana box, once again for 2019, meaning a $1.00 price reduction for producing countries".

“In Ecuador, the banana business is very organized and regulated, and we work with a legal minimum price. If the Aldi price were to come into effect, exporters and growers would have to infringe the Ecuadorian law and pay below the official price,” said the letter.

Furthermore, the association said that it would directly affect the workers, the environmental practices, and negate any profits to the growers as it would revert all the sustainability efforts to date.

In the letter, the Ecuadorean banana sector urged other retailers not to follow Aldi’s lead and for consumers to support and instead support the banana industry.

They highlighted that “the three pillars of sustainability are People, Planet and Profit. This means that plantation owners must take measures to protect the environment, improve workers lives and conduct a viable business which makes economic sense, otherwise there is no future for the industry.

“Ecuador has come a long way in this regard. The country has very strict labor laws that ensure workers’ rights and decent wages. Farm owners have invested considerable amounts of money to obtain sustainability certifications."

The letter went on to say that achieving this has not been easy and that it’s a never-ending process.

"However, after all the work and accomplishments made to improve production practices in the Ecuadorian banana industry, the major retailers in Europe have been decreasing their buying price on a year to year basis, but at the same time they continue to demand more investment in sustainability," it said.

To that end, they highlighted that bananas are by far the least expensive year-round fruit, and as an industry they refuse to give in to the retailer's demands, emphasizing that costs continue to rise.

"The retailers demand is also nonsensical since production costs are on the rise. For example, raw paper prices have increased worldwide substantially, consequently, over the past 12 months the price of the carton box has gone up $0.40 in Ecuador, and it is still on the rise. Bunker fuel prices are also up. This is another unstoppable trend."

Other signers of the letter include ACORBANEC (The Banana Marketing and Export Association), AGROBAN (The Regional Banana Corporation of Ecuador) and FEDEXPOR (The Ecuadorian Federation of Exporters).