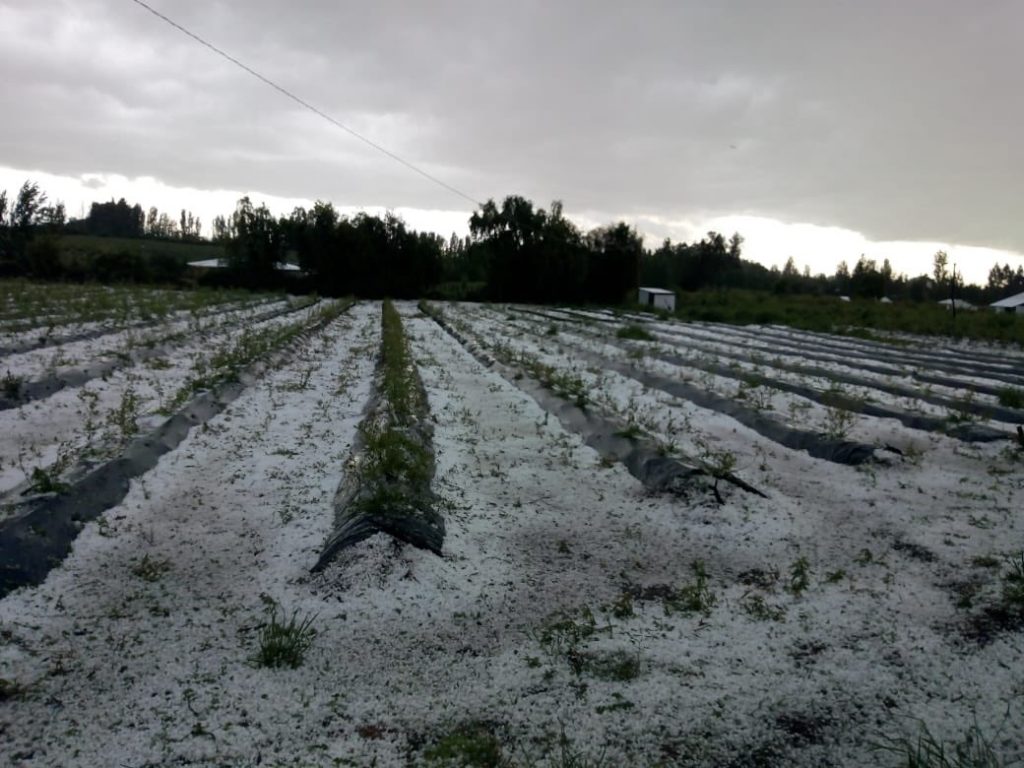 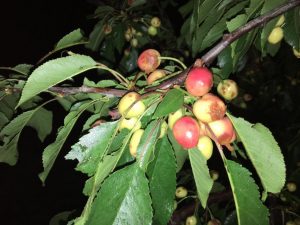 A major hailstorm has hit fruit production in Chile’s central and southern regions, and although damage assessments are still being made, it seems that there have been significant losses for numerous crops including cherries.

The adverse weather event struck on Monday between the Metropolitan and Biobio regions, with the most severe impacts being reported in the foothill areas of the mountains.

While there was also heavy rainfall, most of the damage to fruit production was caused by unusually large hailstones, which appear to have had the biggest impact in the central O’Higgins region.

The storm comes at a key time as harvesting ramps up for many fruits including cherries, blueberries and stonefruit. However, evaluations on the full impact on the country’s fruit production are not expected to become clear for some time.

Jorge Valenzuela, president of the Chilean Federation of Fruit Producers, told Fresh Fruit Portal that the hailstorm had three notable characteristics – the large area it affected, its duration (around 20 to 30 minutes), and the size of the hailstones.

“The extent of the damage varied from hectare to hectare depending on where the farms are based,” she said.

“In Codegua, there are farms on which there has been 100 percent damage to the crops, which include stonefruit, cherries, plums, nectarines, kiwifruit and pome fruit.”

“We have advisers who have informed us that there are damages of around 80 percent in the Codegua area on different fruit crops,” Valenzuela added. 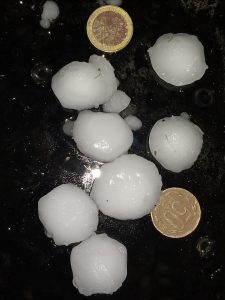 He said that there will also be an increased risk of diseases or fungi developing due to the rains.

In addition to the O’Higgins region, Valenzuela explained there had been damage further south in the country in the foothills of the mountains near Linares, Parral and Chillan.

He said that in these areas blueberries seemed to be the most affected crop, “with significant losses and fruit having fallen to the ground.”

The amount of fruit production known to have been damaged by the hail could increase over the coming days as growers further evaluate the impacts, he said.

“There is still the fruit that was struck, but that is not yet showing signs of physical damage,” said Silva.

Joaquin Arriagada, regional agriculture secretary for the O’Higgins region, told Fresh Fruit Portal that a census is being carried out to quantify the damage.

He said that some 212 growers were visited on Tuesday, with the surveyors evaluating the damage across 1,000 hectares. The level of damage ranges from 20 – 100 percent.

In the surveyed area, “we are talking about losses of 20 percent for the Lapins cherry variety, between 40 – 50 percent for Rainier cherries, and 100 percent for peaches in some areas of Codegua,” he said.

Meanwhile, Agriculture Minister Antonio Walker said on Tuesday that the damage was being evaluated across the country.

“We are assessing the damages, we don’t want to give a figure just yet. But what we do want to say is that we are going to support the farmers, we are already present in the affected areas to evaluate the situation, because the effects are quite a lot more severe than what we initially thought,” he said.

He added: “There has been really severe damage, especially in fruits and vegetables. In fruits, we are in a phenological state, which is when the fruit has recently set, and this is also the fruit’s most delicate stage and we have considerable damage in cherries, plums, nectarines, peaches, blueberries, apples and pears.”