How growers overcome the challenges of transitioning to organic 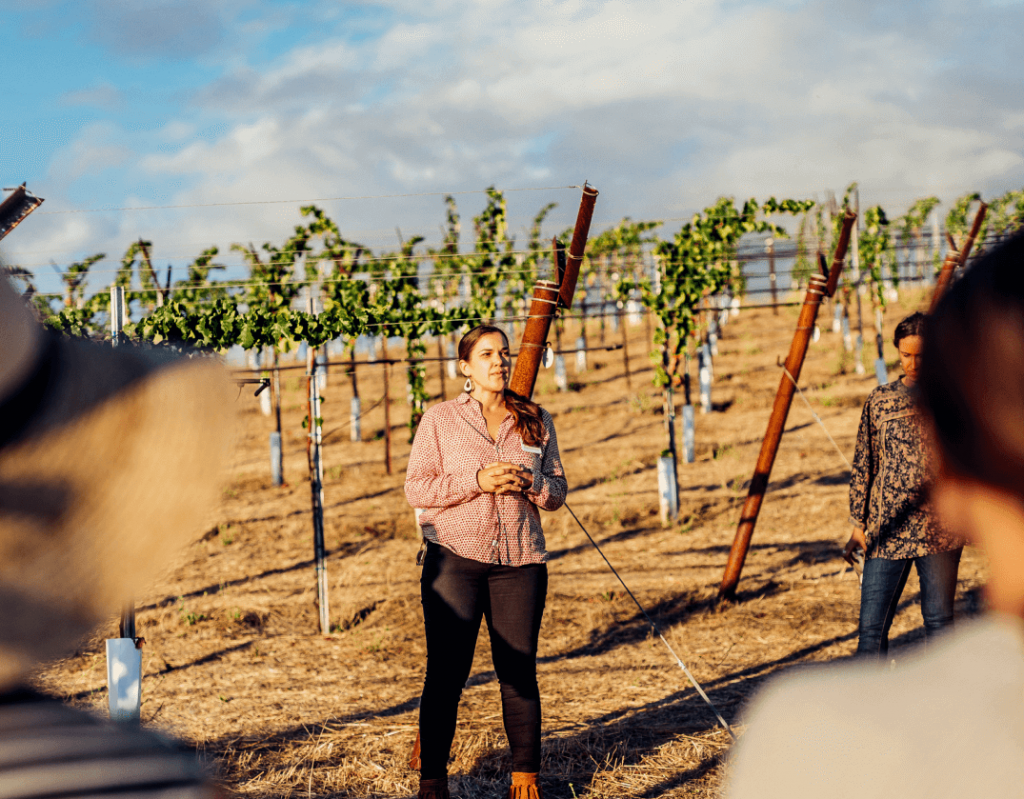 This article is part of a series on biological control and Integrated Pest Management written by UAV-IQ (www.uaviq.com).

According to the Organic Trade Association, over 80% of American families buy some kind of organic food. Organic product sales continue to see growth in categories where conventional food sales are flat, but in 2020 organic farming still represents less than 4% of agricultural land in California.

To better understand what the barriers to organic adoption are and what could be done to increase both supply and demand of this category of products, I spoke to Kelly Damewood, the CEO of CCOF. CCOF, which stands for California Certified Organic Farmers, is an organization initially founded by a group of organic farmers in 1973 to advance and support organic agriculture. Today, the organization certifies almost 4,000 organic farms, facilities, restaurants, and retailers in the US, Canada and Mexico  and that’s in addition to offering accessible organic certification services.

CCOF also engages in policy and advocacy on behalf of organic producers. Last but not least, the organization has a foundation which supports farmers experiencing hardship as well as the next generation of organic farmers studying organic agriculture. It does this through a wide range of programming from technical training to financial education programs. 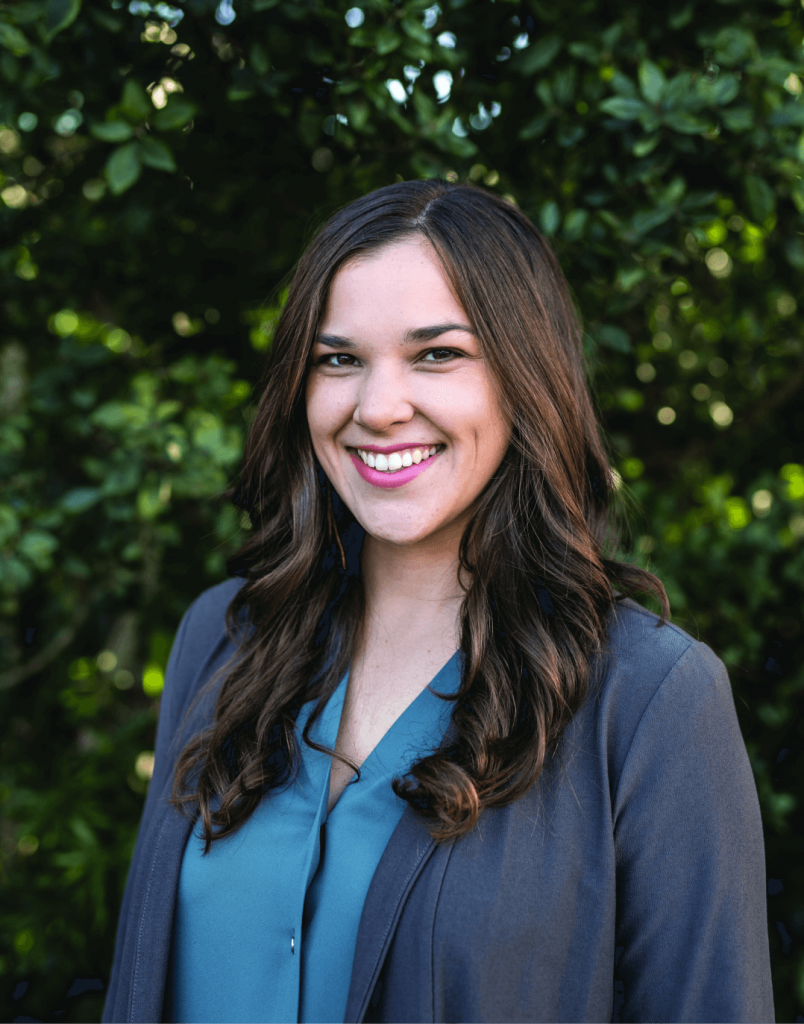 During our conversation, we discussed the challenge of the organic transition period and how both public and private funding can support farmers. We debunked some frequently made arguments against organic agriculture’s capacity to supply enough food, and we reflected upon how underserved communities could get better access to quality and organic food.

The challenge and learning curve of the organic transition period

According to CCOF’s studies and experience, the three-year period needed to transition a farm from conventional to organic is the number one barrier to adopting organic farming practices.

“During this period you cannot apply any substances that are prohibited under the organic standards, but you also cannot market your crops as organic during those three years” explains Kelly. She explains that there can be a steep learning curve for some growers.

“You may be learning a completely new way of farming, learning how to adapt to organic farming practices. You may experience new pest and disease pressures and sometimes see a yield drop as you're adapting, and as you're rebuilding your soil health over those three years.”

But she also explains that larger farms tend to do pretty well, as some of them can just fallow their land for three years and focus completely on rebuilding the soil health. But for small or mid-scale farms, fallowing the land for three years may not be an option, especially if they are located in areas with high land renting costs.

To address this challenge, CCOF has been working with the California Department of Food and Agriculture (CDFA) to allocate funds to help farmers through the transition period so they can afford to focus on developing their organic systems plans.

Large food companies are getting involved in the organic transition

While public financial incentives have a key role to play in the conversion of conventional growers to organic production, private stakeholders from large food, beverage and even apparel companies are starting to support this transition. Whether it is solely to follow market demand or because of a real conviction to change agriculture practices, large companies from Patagonia to Clif Bar and Danone understand that there can be a sourcing challenge when looking for organic ingredients and are making efforts to support farmers who want to transition to organic agriculture

The partnership between CCOF and the beer company Anheuser Busch is a good example. CCOF started to administer a $500,000 fund sponsored by the company’s Michelob ULTRA Pure Gold organic beer which grants farms $5,000 to support their organic transitions. “They try to invest back in and support the farmers they rely on and who are the backbone to any organic product they put on the market. We are giving this grant to all different types of farmers, not only barley growers. I think programs like that that will also help make a dent,” Kelly emphasizes.

Can organic agriculture feed the world?

One of the more common arguments against transitioning all conventional farming to organic farming is that it would produce smaller yields, leading to the extension of farmlands onto natural habitats to compensate and produce enough food to “feed the world”. But there are at least two strong counter-arguments. Kelly points out that “the number one reason that we see organic yields drop lower than conventional yields is a lack of understanding of organic farming systems. It is true that as growers go through the three year transition period, they may experience yield loss. But studies show that organic yields can be competitive with conventional yields, in some cases, even pass conventional yields”.

She highlights the successful test plot studies conducted with control protocols that the University of California, Davis has performed. According to Kelly, the reason for their success in obtaining high organic yields is that they carefully built their soil health, worked with beneficials insects, created biodiversity on the farm, and rotated their crops appropriately. Based on the results of these and similar studies, Kelly argues that the yield challenge is often due to a lack of education, training, and resources rather than some kind of theoretical cap on production levels of organic farming practices.

But even if organic farming produces lower yield in some cases, the argument that it couldn’t feed the world has been debunked. Kelly defends that “we don't have a food supply problem. We have a food distribution problem.” She explains that “in the United States, we produce plenty of food but we still have millions of food-insecure Americans because they can't access or afford healthy foods. We need, among other things, to look at food waste and how food moves through our communities. Do we have enough grocery stores and affordable food locations for diverse communities around the country?”

She also observes that “if people can't afford to buy organic, that's a larger indication of some challenges in terms of making sure that people have a fair and living wage. There are bigger systemic issues that need to be addressed there, but I don't think the answer is cheap food.”

According to Kelly, organic farming is fundamental to achieving the resilience our food system needs to face climate change and other challenges. She shares that “there are compilations of studies that show that not only can organic feed the world, but it's necessary to feed the world. Organic farming practices help build soils that retain water better. That makes organic crops more resilient to drought, flooding, extreme weather events, more pests, and disease resilient...  So when we're talking about the future of our food supply, organic food systems are absolutely critical to maintaining a healthy food supply and feeding the world.”

The need to invest in initial and continuous organic agriculture education

On the education front, Kelly considers that the United States has historically not invested enough resources in developing organic agriculture programs, making it hard for growers to find a big enough pool of skilled workers trained in organic farming practices. She suggests that “it is important to train the next generation of farmers on soil health, nitrogen budgeting, and integrated pest management. We've made progress on these topics on the curriculum, but we do need additional investment in organic research techniques and support.”

But supporting and training the current generation of farmers is equally important. CCOF has a program in place to help farmers make sure that they are on track to achieve organic certification and avoid realizing that they have inadvertently applied a material that is not allowed during their transition period. “Growers can work directly with our certifier as they're going through the three-year transition to make sure that at the end of the three years, they're absolutely ready to comply with the standards.”

But for conventional growers who still lack confidence or need more convincing to start the transition, Kelly recommends talking to an experienced organic farmer. “I think one of the biggest things to do for somebody who's afraid to transition is to find some type of mentor, someone who's growing a similar crop, who can share best practices and insights for what they're using and what they're doing. There are plenty of examples of farmers who have overcome those challenges and are successful.” 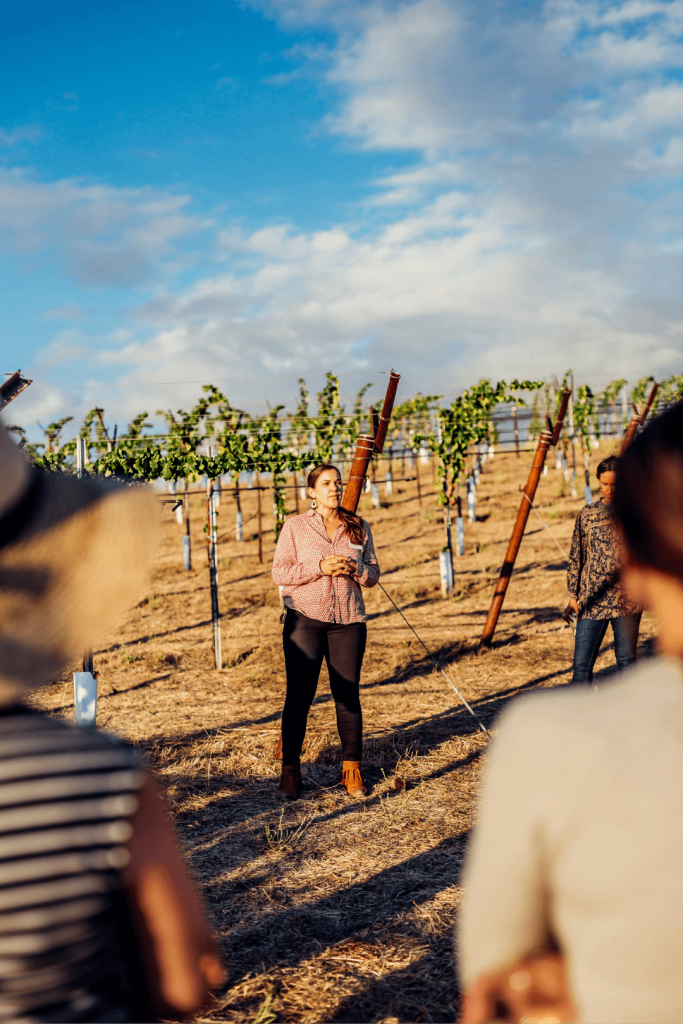 The regional meetings of CCOF are a great way to meet these growers, but Kelly reports that a lot of traditional agricultural networks like the Farm Bureau or the popular Western Growers Association have organic farmers in them too. “You don't necessarily have to seek out an organic specific group to find resources and a mentor. I think you may be able to actually just look into your own circle that you're used to.”

As we’ve discussed above, producing the food is only one part of the problem. Making sure people can access and afford it is also a challenge, so CCOF participates in various initiatives to increase access to organic food in the US.

“We've been working really hard in California to get organic foods into public schools and we have made progress. For some kids, the public school is unfortunately where they get their only meals of the day. A large majority of their calories come from food that they have at school. I think it's a really important starting ground to think about schools.”

To foster the demand beyond the consumer level and increase the market opportunity for growers transitioning to organic production, there are some other avenues to explore. Kelly explains that “there's also been interest from healthcare institutions. A few of them, like Kaiser Permanente and Dominican Hospital in Santa Cruz have been working to bring organic foods into their institutions. They recognize the long term benefits of investing in food as medicine and understand that a lot of returning patients are back in their offices because they don't have access to healthy food.”

Making organic food accessible to people regardless of their socioeconomic background without pressuring growers to lower their standards to cut costs requires some creativity and to battle on multiple fronts. With that in mind, Kelly is committed to find ways to support both organic farmers and the communities who experience challenges to purchase quality food.

To conclude our conversation, she mentions that “for at least one of the food assistance programs in California, the beneficiaries can't spend the money on organic foods! So we want to change that. That's a little bit in the weeds, but focusing on our public institutions is a great starting point to give people just more access to the opportunity to eat healthier foods.”

Are you an organic farmer who went through some of these challenges or a conventional grower in transition? Reach out to us, we’d love to hear your story and write about it! 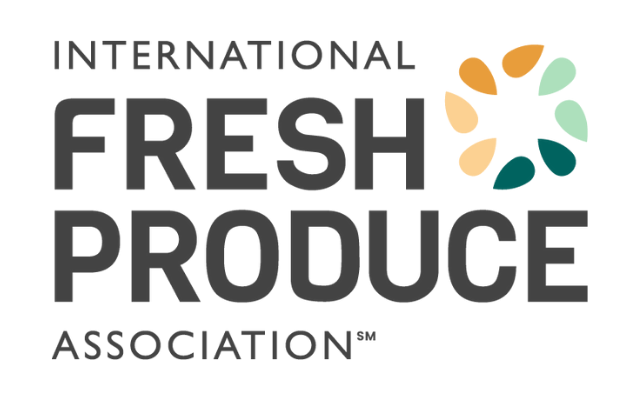 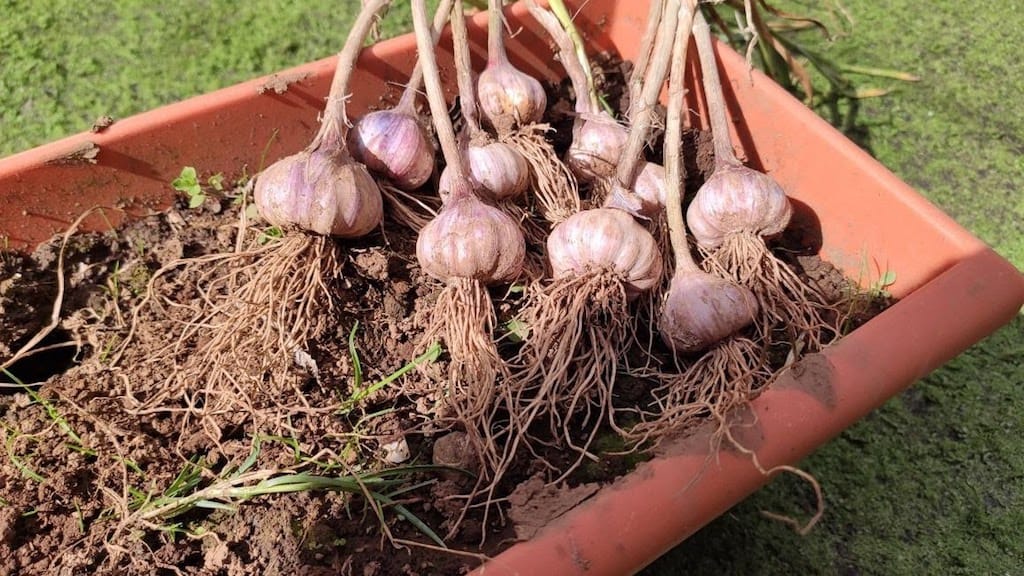 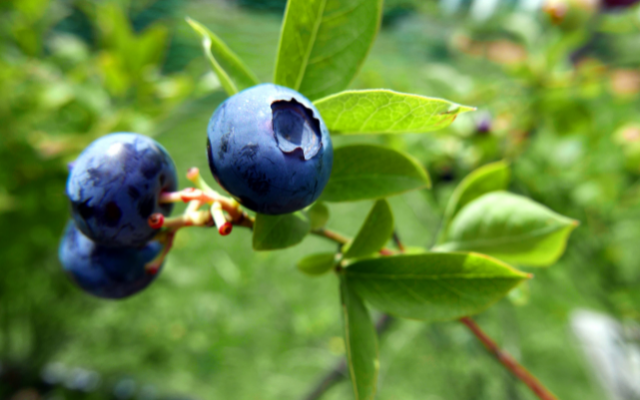 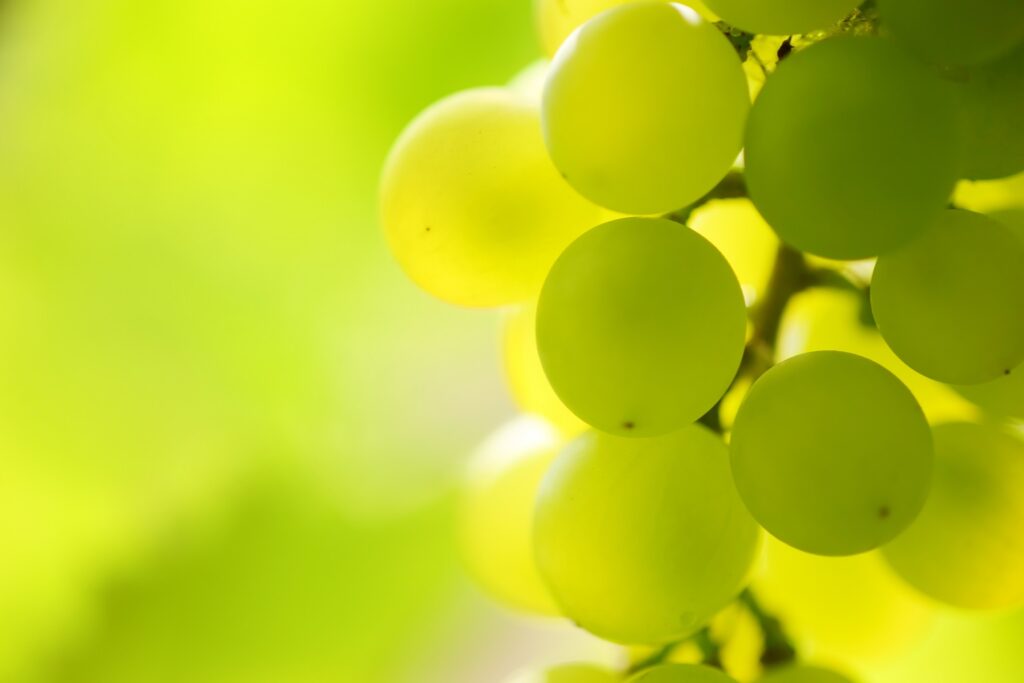 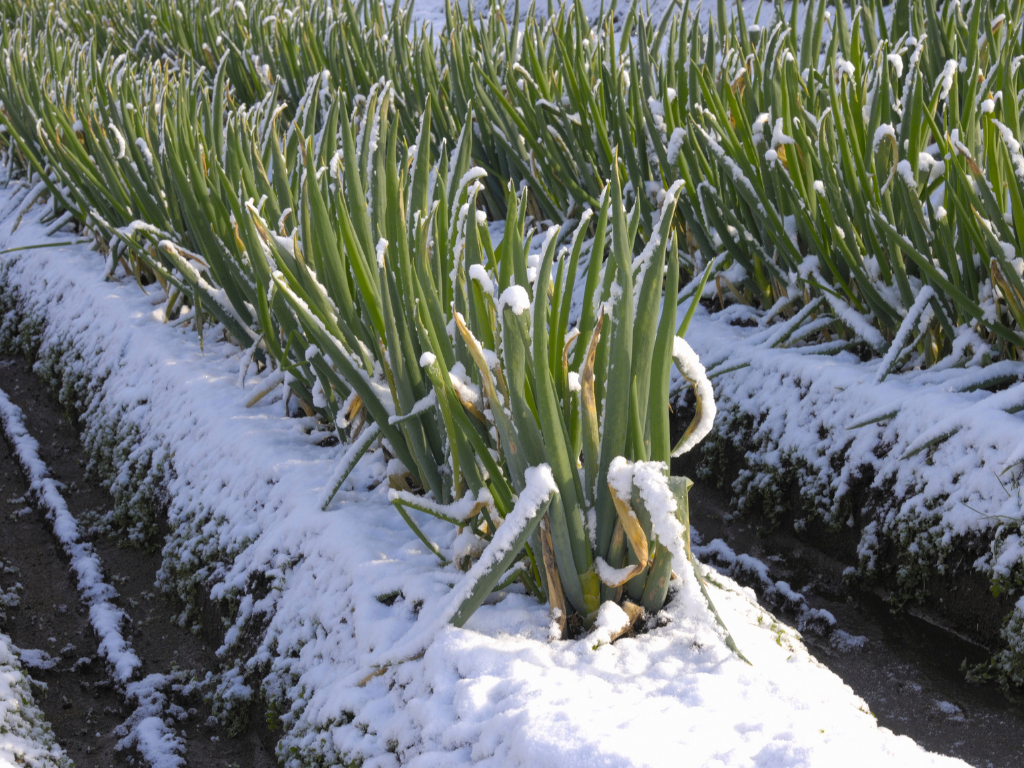 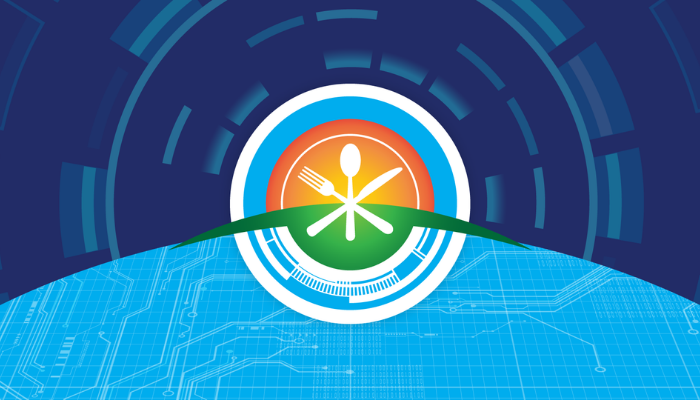 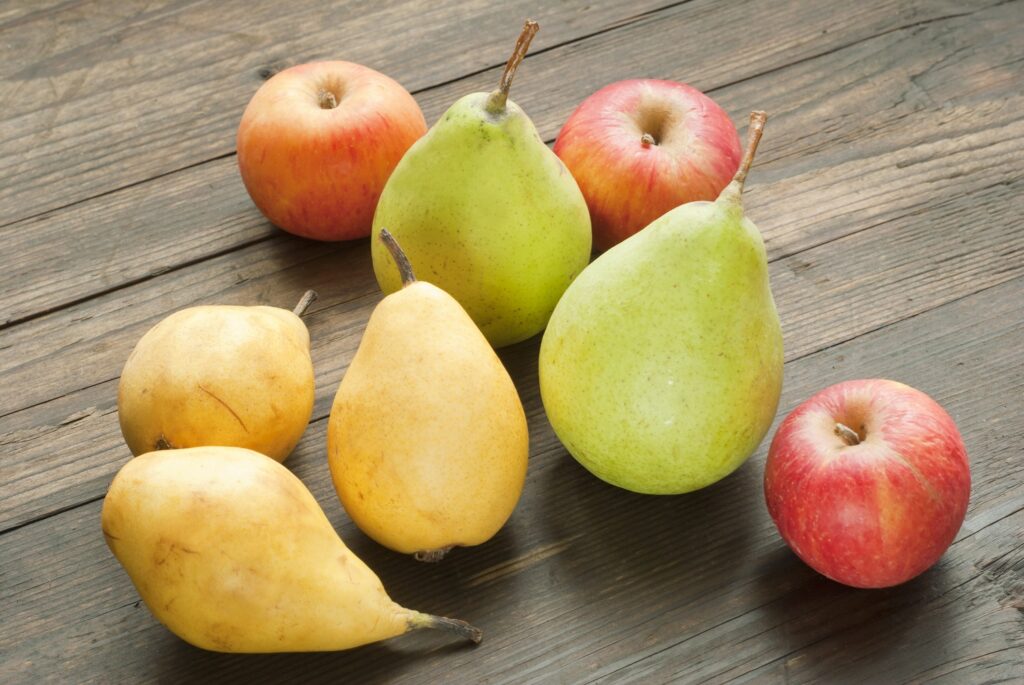 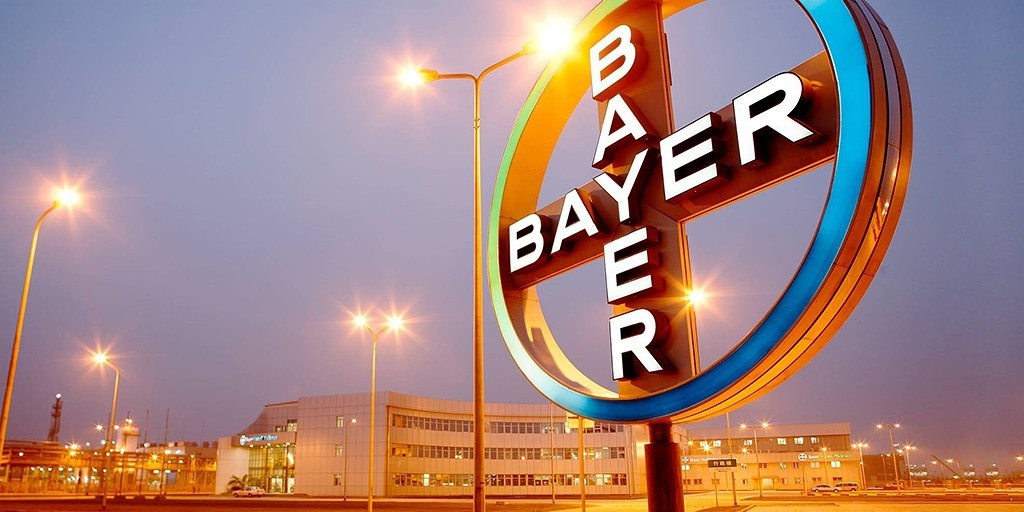