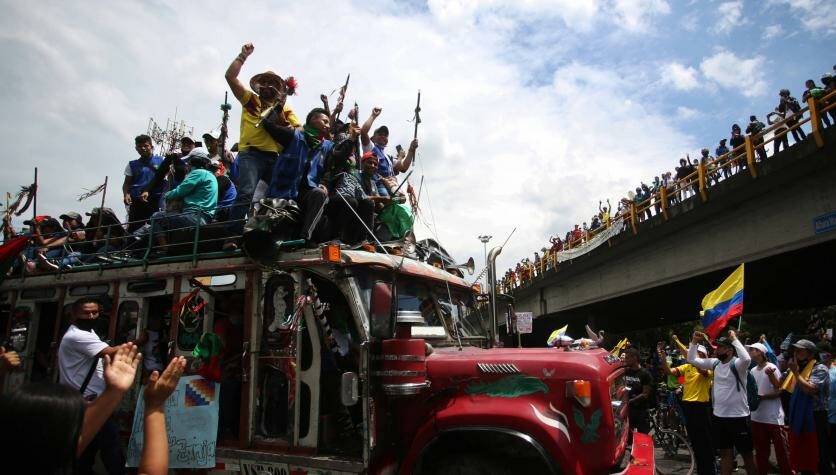 The month-long protests and roadblocks in Colombia are impacting the agricultural industry, affecting its ability to control and monitor for pests and diseases, leading to crop loss, and disrupting port operations.

Widespread protests began at the end of April in opposition to a now-withdrawn tax reform but have since expanded to call for a basic income, opportunities for young people and to end police violence.

According to the chief of the Colombian Agricultural Institute (ICA), Alfonso Araujo, the regions that have been most affected by the delay in processes are those in the southwest, specifically in Valle del Cauca, Nariño, Huila and Tolima.

"Although immediately the notification of a sanitary situation is received and the entity acts, at the moment due to the effects of the strike it has not been possible to do it with the immediacy that these processes require," Araujo said.

"We try to address everything that is occurring in the country. At the moment, in the southwest, is where we have had some limitations to access the territories," said Araujo.

It is not clear to what extent agricultural export operations may have been affected, but the nation’s biggest Pacific port - Buenaventura - has been paralyzed by protests.

Álvaro Palacio, president of Colombian horticultural association Asohofrucol, warned of the risk to fruit crops, which can easily be affected by fruit fly due to the lack of surveillance and control, as well as due to the lack of inputs such as pesticides.

Palacio said that "the level of exports in the long term could fall, not only because of the lack of control and monitoring, but also because of the absence of inputs such as pesticides, which, for the most part, are imported and have not been able to reach the country".

The crisis in Colombia has also led to food loss, with the Colombian Farmers' Society (SAC) recently revealing in a report that around 16,000 metric tons (MT) of food have been lost due to mobility difficulties in 29 of the country's 32 departments.

According to local media, "fruits, vegetables, Hass avocado, coffee, sugar cane, milk production and processing, poultry, fish and pig farming have been the sectors impacted by the current situation in the country".

Jorge Bedoya, president of SAC, said: "The roadblocks are an attack against food security. So if Colombia wants to eradicate hunger one of the first things that should be viable is food production, but these actions violate the possibility of producing food."