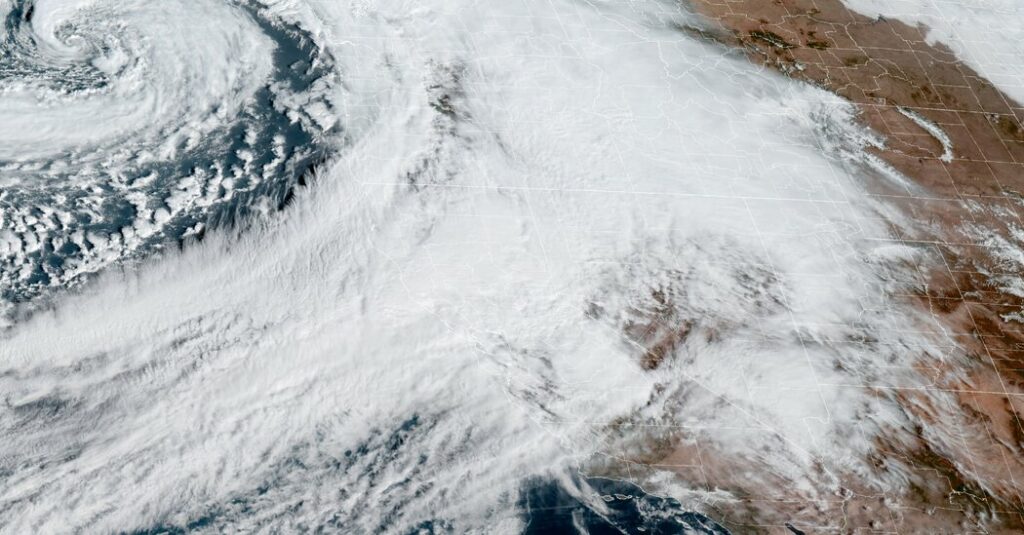 A winter rainstorm that pounded Northern California with heavy rain and high winds on Monday made its way to the central San Joaquin Valley, threatening crops such as table grapes that are still being harvested.

Rain defied forecasts and held off for hours as wind whipped through Fresno and nearby communities, the Fresno Bee reported. The precipitation started on Monday morning in north Fresno and earlier in Merced and the north Valley.

The storm, fueled by an atmospheric river, was classified as a Category 5, according to the California Department of Water Resources. Much like tornadoes and hurricanes, atmospheric river storms are categorized on a sliding scale of intensity with Category 5 at the top, described as “primarily hazardous.”

Heavy rain in table grape production areas with fruit yet to be harvested could either reduce the amount of marketable supplies or impact the grapes' condition and shelf life.

In September, Dirk Winkelmann, President at Vanguard Direct, said that California was around three to four weeks advanced in its harvest. In addition he said that due to the weather conditions the condition of the fruit were not optimal for holding long-term.

These two factors would limit the state's ability to hit the its late market window in December and early January. Therefore, any negative impact from the rainfall this week would likely create even better opportunities for early Southern Hemisphere grape suppliers, such as Peru and northern Chile.

No fix for the California drought

The Los Angeles Times reports that the drought relief is tempered by a longer-term reality: After the storm passes, the drought plaguing much of the state will still be here, experts said.

It’s been very, very dry for two years,” said Jay Lund, director of the UC Davis Center for Watershed Science. “One storm does not end that kind of a drought.”

Bill Patzert, a retired climate scientist at NASA’s Jet Propulsion Laboratory, sounded an even stronger alarm, warning that one rainy winter would not be enough to pull the state out of its desiccated condition.

He estimates it would take 17 years of above-normal rainfall and snowpack to refill Lake Mead, an important water source for the West, which has fallen to critically low levels.

“There’s no quick fix to the drought,” Patzert said.