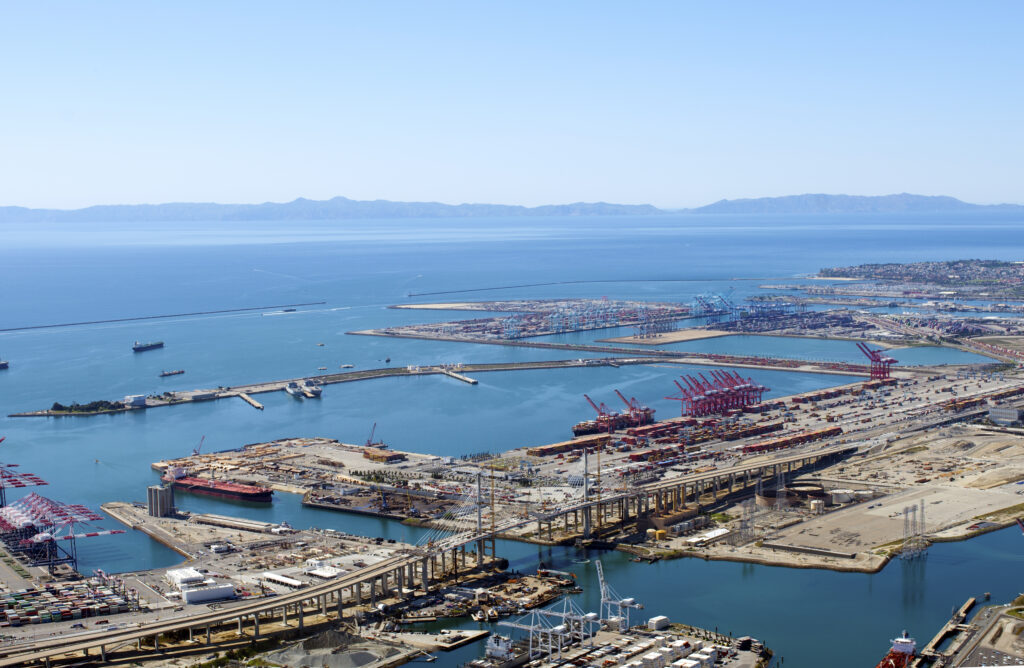 Port backlogs have reached an all-time high in Southern California, as supply chain woes shown no signs of abating.

According to a report by the USDA's Agricultural Marketing Service, as of Friday there were a record 105 ships reported to be awaiting berthing spots for unloading at Los Angeles and Long Beach ports.

Outside all major U.S. ports, there were a total of 146 ships waiting.

In late August, there were 44 ships waiting to enter the two Southern California ports, which was the highest number since the beginning of the pandemic.

The report added that the continuing high truck rates and the lack of available drivers, along with winter weather, consumer stockpiling, and the spike in virus rates caused by the Omicron variant, are all being cited as contributing factors in empty store shelves being seen across the country.

California ports in Los Angeles and Long Beach account for about one-third of US imports. These ports operate as a primary source of imports from China and have experienced heavy congestion throughout the pandemic.

"Part of the problem is the ships are double or triple the size of the ships we were seeing 10 or 15 years ago," Kip Louttit, the executive director of the Marine Exchange of Southern California, told Business Insider in July. "They take longer to unload. You need more trucks, more trains, more warehouses to put the cargo."