In this installment of the ‘Agronometrics In Charts’ series, Sarah Ilyas studies the state of the Peruvian blueberry season. Each week the series looks at a different horticultural commodity, focusing on a specific origin or topic visualizing the market factors that are driving change.

Peru is deemed as the leading exporter of fresh blueberries in the world, owing partly to its vast swathes of plantable land, its far reaching access to international markets and its easy access to water through the recent re-direction of aquifers for irrigation. According to projections, the country’s preeminence in the international blueberry market is projected to continue, with blueberries now ranking as its second most important agricultural export after table grapes.

For the 2022-2023 season, Daniel Bustamante, president of Proarándanos projects a 15% growth in the volume of blueberry exports for the 2022-2023 campaign compared to the previous season, with shipments being expected to culminate to 276,000 tons.

In the US market, between July and August, the supply of Peruvian blueberries was much higher compared to the previous season. 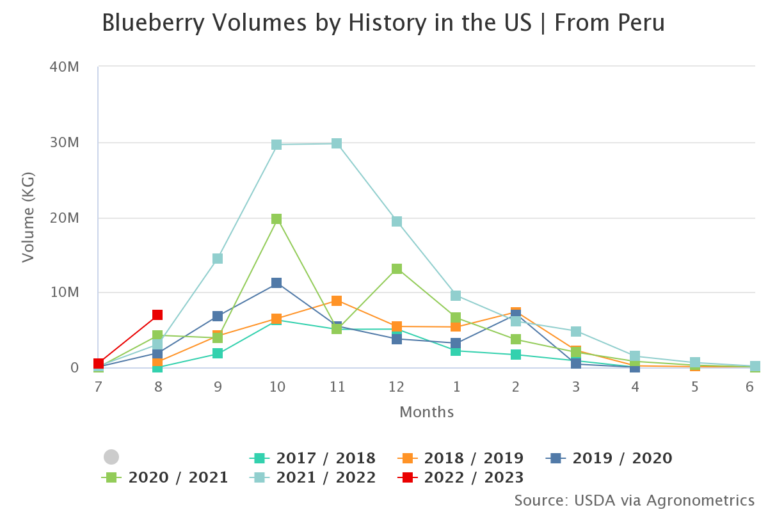 The average price for Peruvian blueberries in the US market was higher year-on-year for the first seven weeks of the 2021/2022 season, while from late August until mid-January the fruit was selling for higher prices than market averages every week relative to other sources of supply. This depicts the consistency that Peru has come to symbolize as a supplier to the international market.

Week 38 in the current season saw prices at $20.26 per package, 32 percent lower than those recorded in week 38 of the 2021/2022 season, mainly due to the higher incoming volumes. As the season reels out, pricing could be expected to fall further owing to the expected influx of Peruvian blueberries. 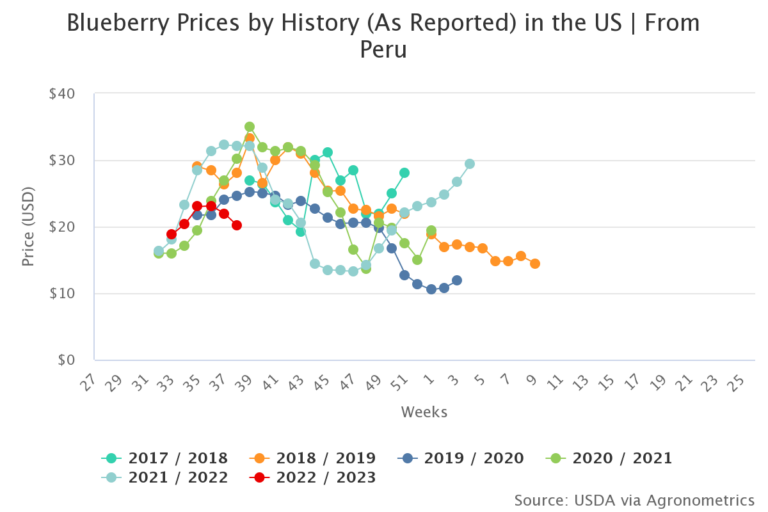 According to Proarándanos, Peru made its first shipments of blueberries to India in 2022, with exported volumes nearing 23 T, and for this year it is expected to considerably increase exports to that destination, as well as to Malaysia. In late June this year, The Ministry of Agrarian Development and Irrigation, Peru (MIDAGRI) announced the acquisition of the Israeli market for the export of blueberries. Other markets such as Indonesia, South Korea, Vietnam, Japan, New Zealand and Ecuador are all currently in the process of being opened.

According to the Global State of the Blueberry Industry Report, an optimal temperate climate (desert-arid-subtropical) which exists across almost the whole coastal region is instrumental in ensuring above par quality and is crucial for the precocious production of blueberries. Additionally, agile phytosanitary control organization and the optimization of the supply chain have hastened the growth of blueberry exports in Peru. 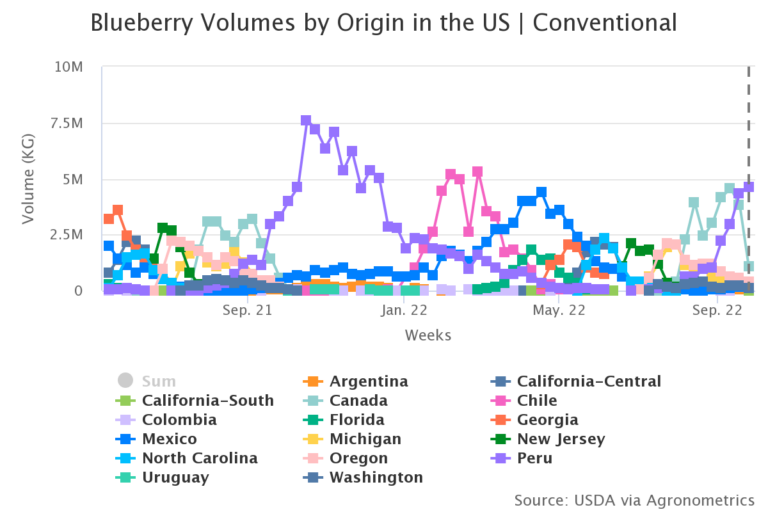 The expansion of the blueberry industry in Peru has led to an increase in the generation of jobs. According to Luis Miguel Vegas, general manager for Proárandanos, the 2021-22 blueberry campaign in Peru created a record of 120,000 direct jobs with 52 percent of the positions occupied by women.

However, as discussed in the State of the Industry Report, the availability of labor is also a dilemma in Peru amidst growing competition between crops, with many farms in secluded desert areas that either require transportation or the establishment of lodgings. 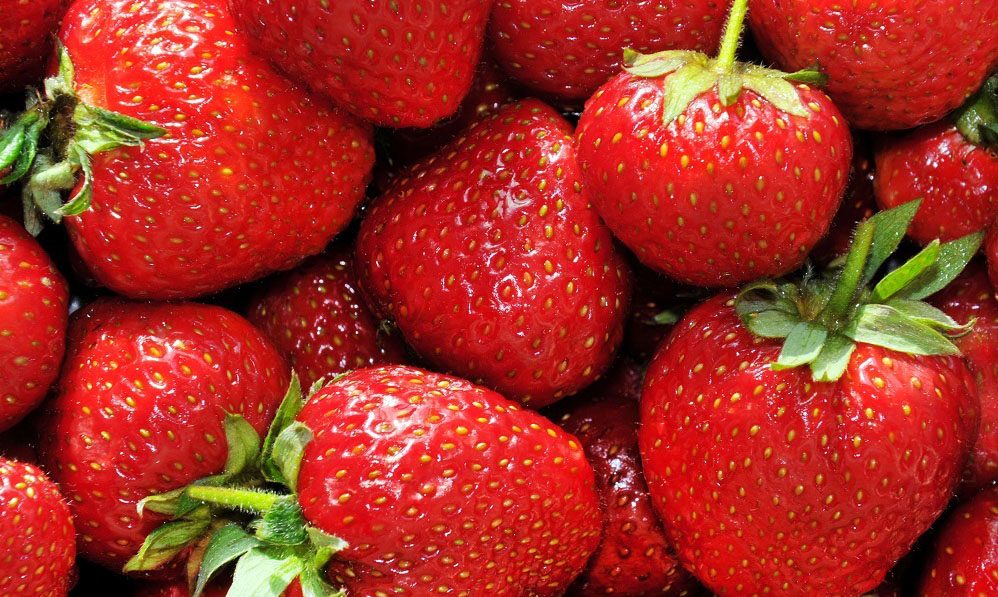 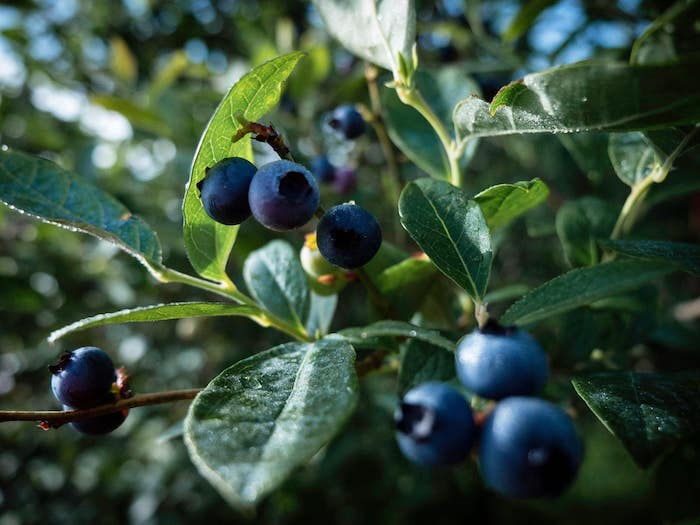