Northern hemisphere citrus production is projected to drop by 13% this season to 26 million tons, according to the World Citrus Organization (WCO). The WCO’s forecast is based on data from Egypt, Greece, Israel, Italy, Morocco,  Spain, Tunisia, Turkey, and the U.S. It was presented during the third edition of the Global Citrus Congress on Nov. 30, which took place online.

“This year’s crop is one of the smallest of the last seasons, mainly due to climatic issues in leading export countries. But despite the decrease in Northern Hemisphere production, the citrus market continues to remain buoyant. Citrus is still one of the leading fruits on the global market,” said Eric Imbert from CIRAD (WCO Technical Secretariat).

The report also states that orange production is projected to decrease by almost 12% to a total of 14 million tons.

In the European Union, citrus production is forecasted to experience a 15% and a 21% decrease in Spain and Italy, respectively. WCO also estimates an 11% increase for Greece. 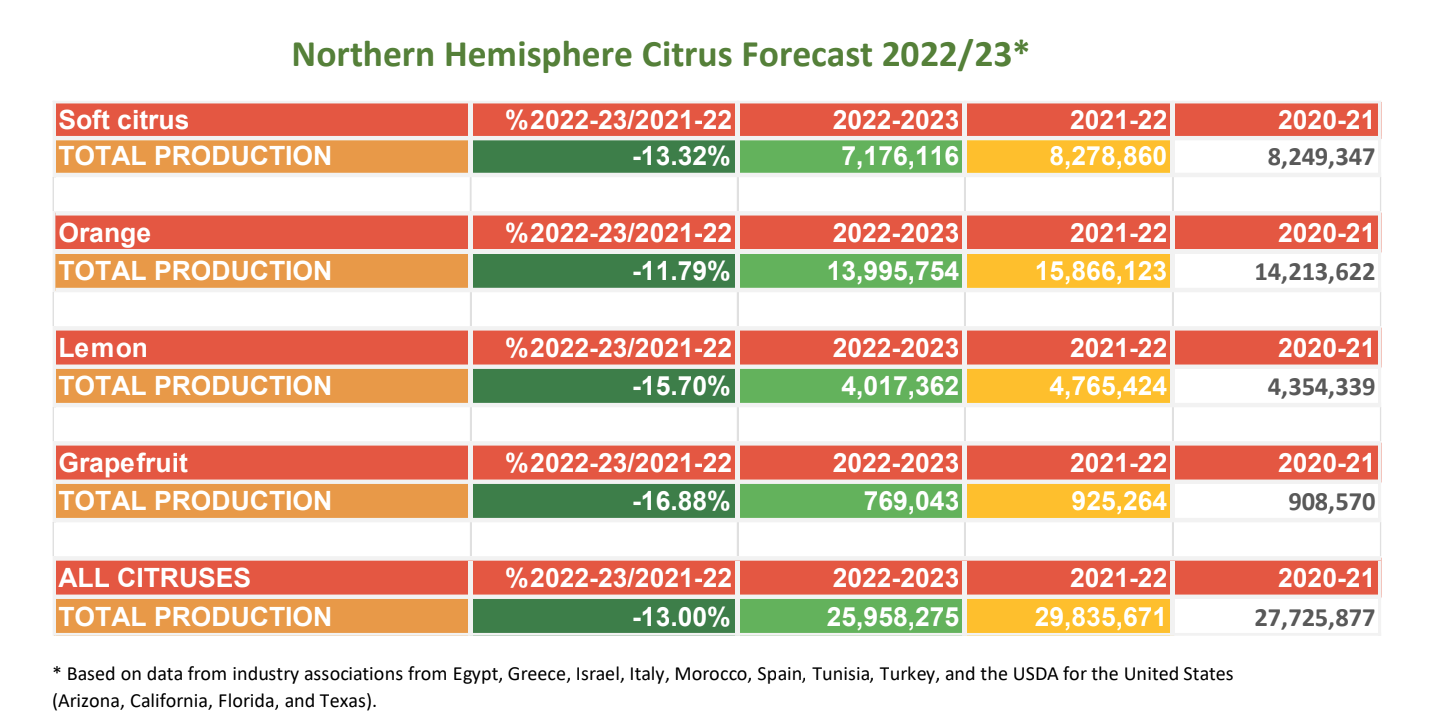 In the Southern rim of the Mediterranean, production is projected to go down in Morocco by 33%, 27% in Turkey, and 17% in Tunisia

However, volumes are  forecasted to remain stable in Israel and increase by 8% in Egypt.

The citrus crop in the U.S., according to USDA estimates, is expected to decrease by 5% compared to last season.