Q&A: As the big players move in, what does fair trade actually mean? - FreshFruitPortal.com

Q&A: As the big players move in, what does fair trade actually mean? 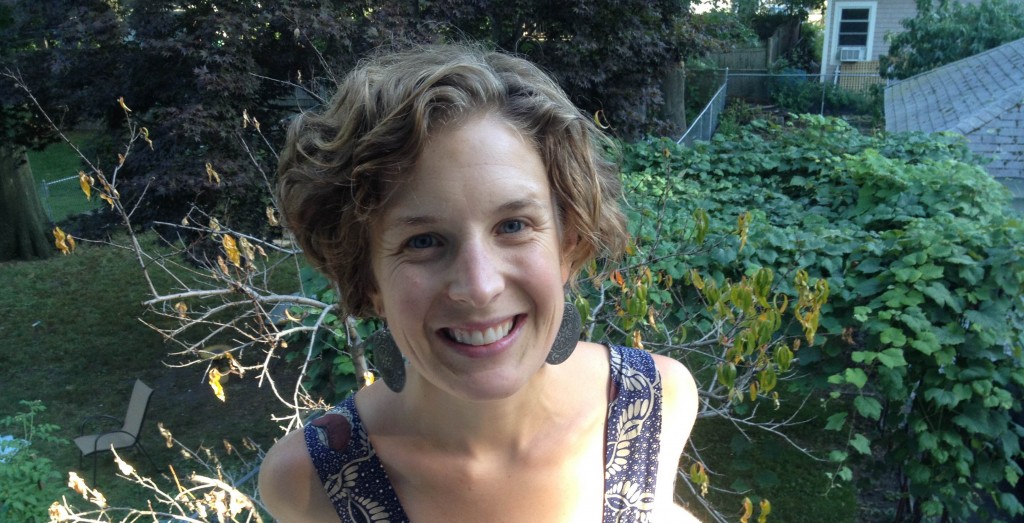 As part of Equal Exchange Banana Month, Oke USA Fruit Company is reaching out to consumers and the produce industry to discuss the benefits fair trade has on the lives of banana growers. The group is promoting the web documentary Beyond the Seal which tells the stories of fair trade farmers, while Oke USA vice president Jessica Jones-Hughes tells www.freshfruitportal.com about how the big players are changing the nature of the category 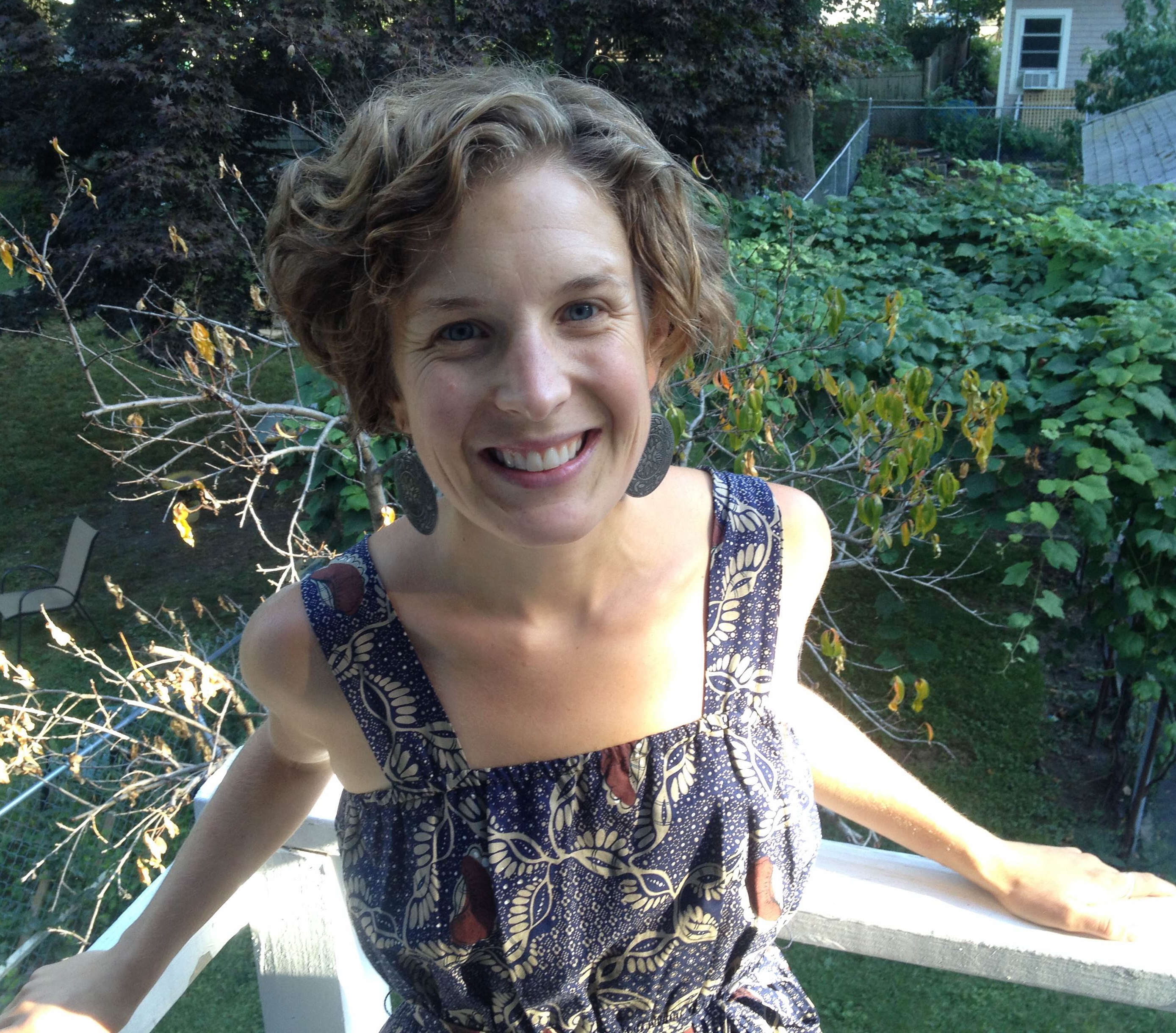 We have to be honest. Our readers seem to be less interested in fair trade stories these days - why do you think that might be? Has the category lost some steam?

Who knows? Part of it could be that when things are less novel and fewer people are involved in them, people pay more attention because it’s a new  phenomenon. In the early 2000s and at the end of the decade, fair trade wasn’t that common in bananas in the U.S., whereas now one of the major suppliers of fair trade bananas is Dole and that’s a less interesting story from our perspective. Maybe it’s people being more used to seeing fair trade in the marketplace or the news.

You might be right. But at the end of the day, what’s more important than what people are reading is what people are buying. We'd be curious to know how the fair trade banana market has performed in recent years.

It’s interesting. I think one of the biggest changes in maybe the past two years is what I just shared; a lot of the large retailers are getting all their products, whether it be organic, conventional or fair trade, from one supplier, for example in Dole for bananas or Calavo for avocados, and that's because of the convenience of being able to add on. It's much more streamlined with national distribution in a way that other smaller players like ourselves might not have been able to deliver in the same way.

For us we’re definitely more purists in that sense. Is that really fair trade? Fair trade is about trying to be an alternative to the multinationals and the really big supply chains, so when those guys are the ones that are owning a lot of that volume, I think that really changes what fair trade means for us.

Would you say this change is to the benefit or the detriment of the growers themselves?

I think it’s a bit of a double-edged sword. We can’t deliver on the volume and experience that I think some of those bigger companies bring – they can move 10 containers, which is a little pittance to them and to us that’s a lot of volume. On the grower end there’s a lot of benefit to being able to move a lot of volume, and that’s definitely a pro of working with a larger company.

On the other side of the spectrum, there is a reason why fair trade started, and that's because things weren’t being done well. Producers weren’t being treated as they should, they weren’t being paid fairly, relationships were not equitable, and fair trade is what stemmed out of that.

So the fairtrade product these companies are getting probably is better than their conventional purchases or their organic purchases, but for us we’re about having a model that empowers producers for as much of the supply chain as possible; so instead of just buying farm gate, we’re buying from a co-op who is owning the export logistics and is controlling all of that, which means a lot of second tier jobs in rural areas for people who are wanting to do more than just picking bananas - their kids might have gone overseas and are coming back with a finance degree, and can work in the finance department at the co-op. 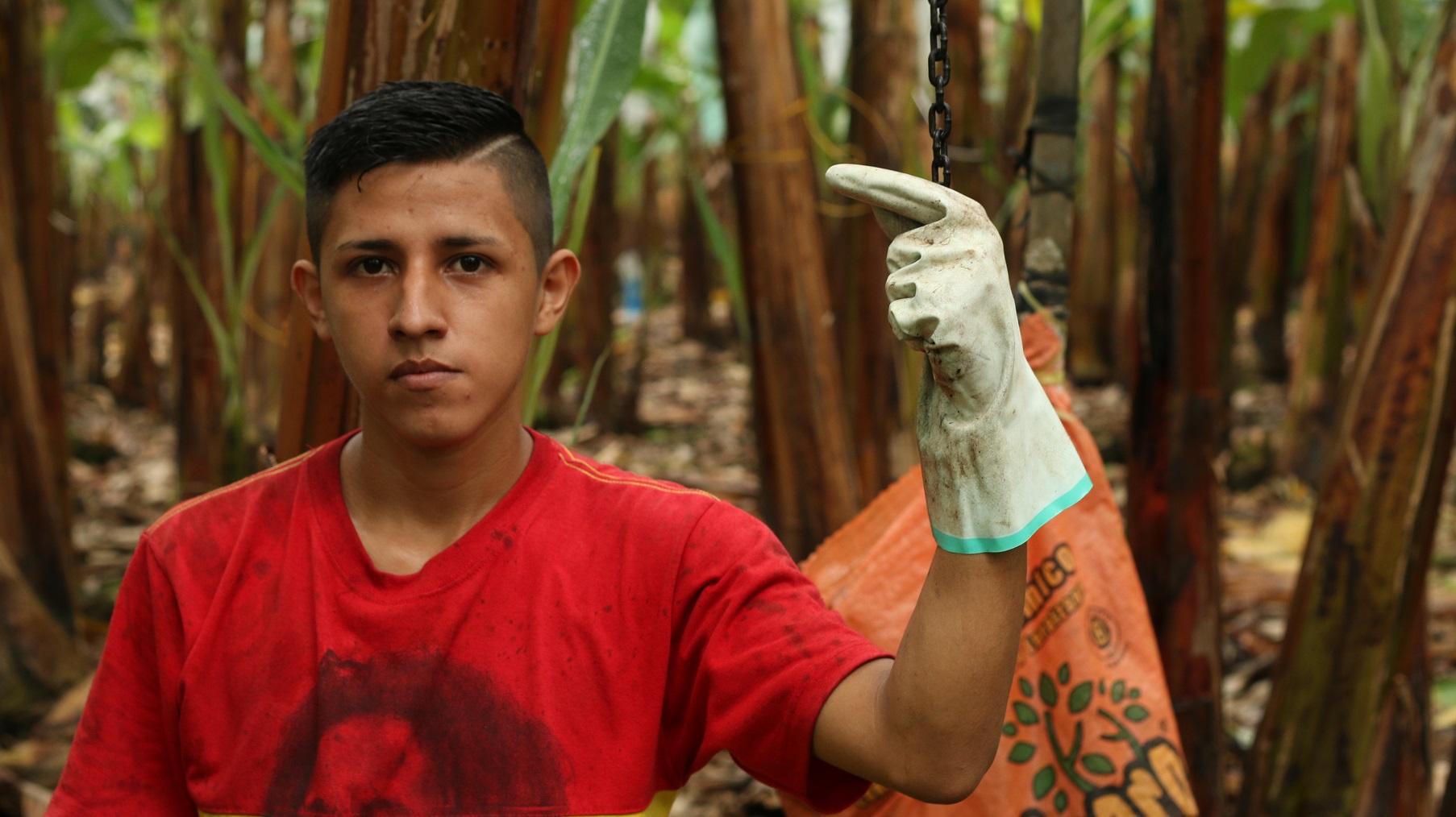 Still from the film Beyond the Seal. Photo credit: Leah Varjacques and Katherine Nagasawa

The last time we spoke you were sourcing fair trade bananas from CEPIBO in northern Peru and Asoguabo en the El Oro province of Ecuador. Have you started sourcing from anyone new?

Yep. We also started working with a group called Grupo Hualtaco, but CEPIBO and Asoguabo are still our main partners. Hualtaco are in Peru in the same region, and we still work with PRAGOR doing avocados out of Mexico. These are all small farmers who are organized into cooperatives and are then exporting their product to us.

When did Grupo Hualtaco come on board?

We started working with them at the beginning of 2015, so it’s been a bit more than a year. they have a little bit of a different model and they’re working on changing some things because right now they’re more of an exporter merged with a nonprofit, solidarity-focused group that was one of the first cooperative groups emerging in Peru. They've still been trying to find a model that gives more ownership at the producer level. 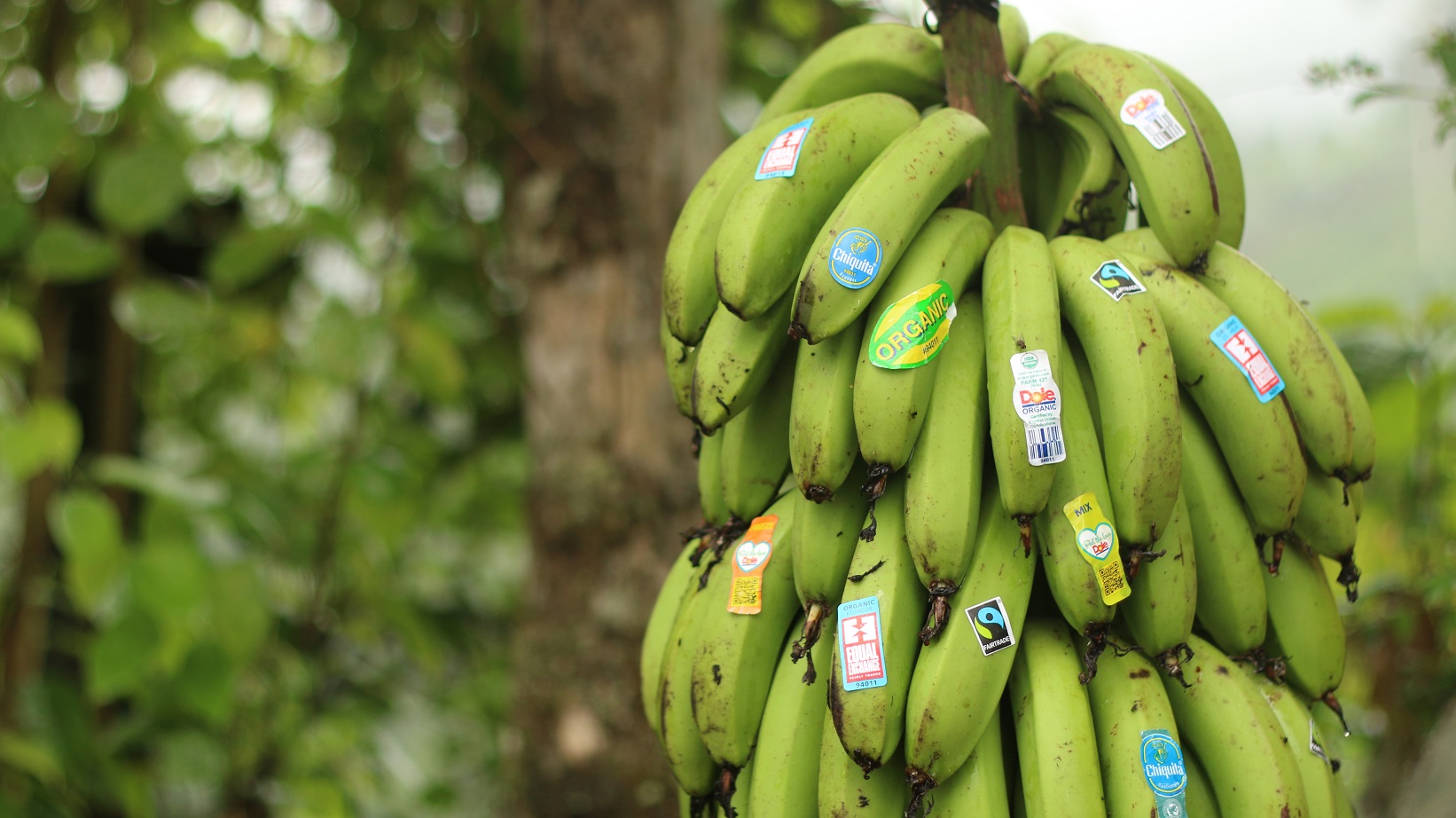 Still from the film Beyond the Seal. Photo credit: Leah Varjacques and Katherine Nagasawa

You mentioned how Dole was supplying a lot of the volume in the fair trade space. At the same time, are you still able to increase your volumes with partner organizations expanding their plantations?

Are you talking about the farm level or the store level?

Ok. So honestly for the folks we work with, we are one of their small partners – the European fair trade market is much more developed and much stronger than in the U.S. In the U.S. it’s still the organic movement that drives everything; a lot of that is the concern for our own health and an individual’s health, and not always connecting something you’re buying in the store to who is growing it. In general we’re really disconnected from our food.

So I think even with CEPIBO, Hualtaco and Asoguabo, we are a small partner to them – we’re an important partner in our mission alignment and the way we do business though.

Volume-wise for Asoguabo we’re a bigger partner but for the other two we’re still really small, and there’s a lot of room to grow there. That's one of the challenges - it's slow growth over time.

And from the three co-operatives, how many containers are you expecting this year?

I would say above 200 containers - that's probably what we’d expect to do. We measure things sometimes in the number of servings. One banana is an individual serving. In 2014 we sold about 13 million servings, and in 2015 it was 15 million servings. There was a lot of growth last year and we expect to be around that same number this year.

Have you noticed any change in consumer behavior toward fair trade bananas?

On one hand that can start to water down things and people are going to need big volumes and switch to multinationals’ fair trade products - there's some strength in that because it means consumers are getting back to what is real food and 'where can I buy that?' Even if it’s at your large box store, they’re even starting to grow their natural foods sections and fair trade in the produce aisle.

Consumers are interested in that information and we’re seeing a lot of consumers wanting to engage. The documentary Beyond the Seal is a really amazing documentary that these two filmmakers created.

It’s a pretty unique model because it’s a mix of text, video footage and audio, but I think it’s really well done. They’ve received a great reception for it because I think people are learning about our food system and the realities within it as well.

And could you tell us about how your partners are represented in the documentary? 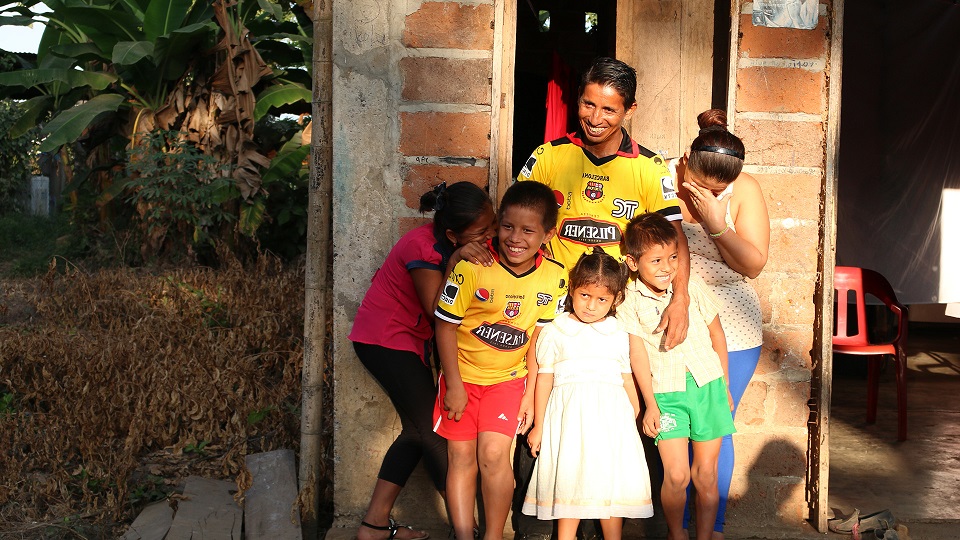 Still from the film Beyond the Seal. Photo credit: Filmmakers Leah Varjacques and Katherine Nagasawa.

A lot of documentaries on the industry tend to hone in on big banana players, showing how one 'big bad multinational' did this and another did that. Do you think Beyond the Seal, by telling the stories of these small growers, will be able to raise awareness in a way that other documentaries haven’t?

Yeah. I think something interesting they did was focusing on having characters and personalizing whatever reality it is they were talking about – it’s basically broken down into five chapters, and each chapter talks about a different topic; they’re woven together, and characters are highlighted throughout.

At the end you see the entire chain and characters at each link of the chain, with audio from the individuals. That’s something that’s powerful – it’s not what you often hear of ‘this person did this bad thing’, but 'this is my story and my experience. This is why why I’m a fair trade grower, this is why I have challenges as a small grower in Ecuador.'

It's done in a way that focuses on the characters and personalizing it, instead of just pointing fingers.