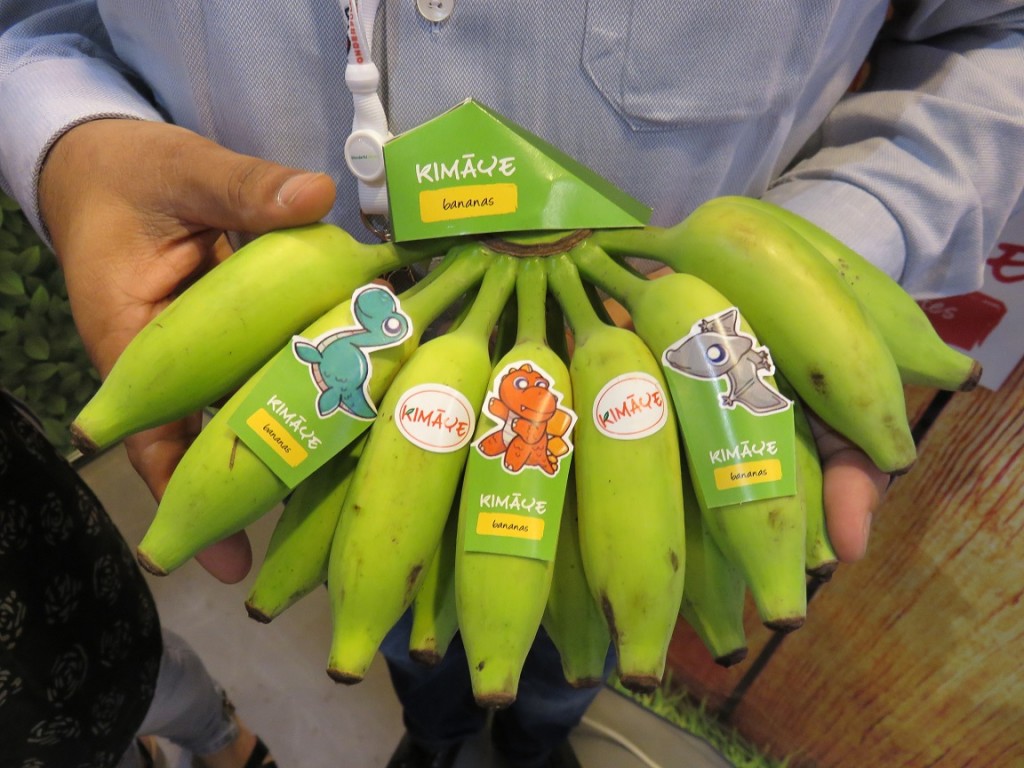 Indian fruit marketer INI Farms has filed patent applications for a series of new characters it plans to use to promote fruit consumption amongst children.

"I think increasingly, even in the Indian context we’re starting to observe children don’t want to eat fruits and parents are struggling to make sure kids do that," INI Farms managing director Pankaj Khandelwal told www.freshfruitportal.com during Asia Fruit Logistica in Hong Kong this month.

"Therefore the stickers or the baby dinosaur concept here, you only have to look at the bananas and the pomegranates -, they are all fun-looking characters that people can enjoy."

He said consumer testing came back very positive in Mumbai and the surrounding area. 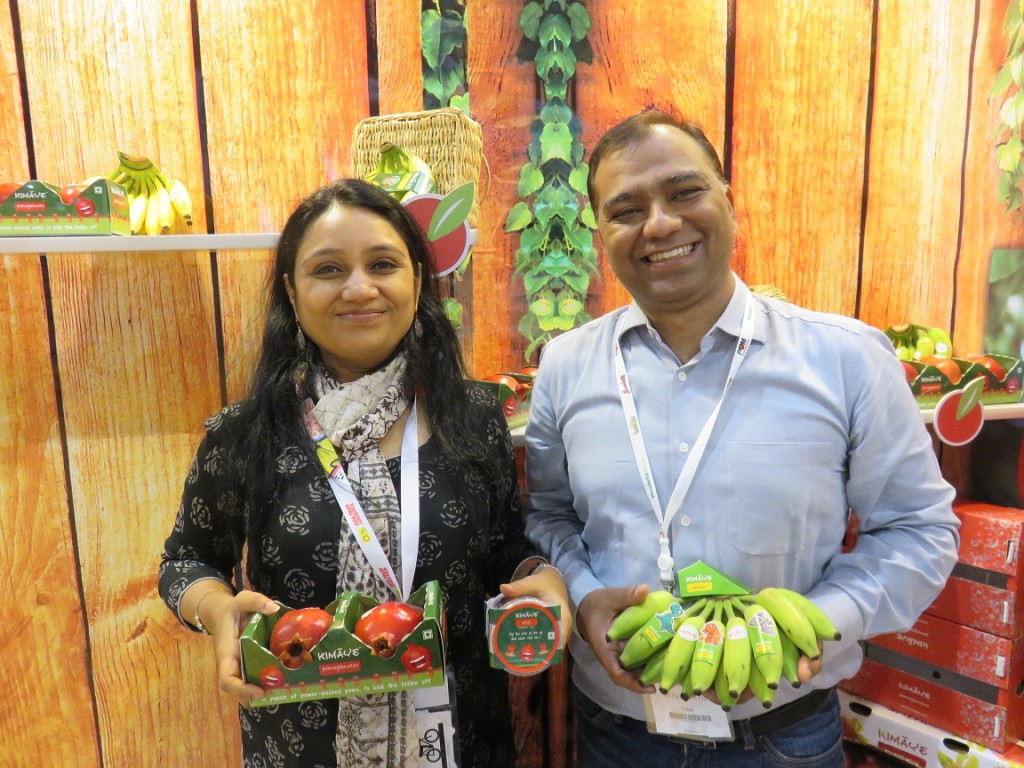 "They all said that if you give pomegranates like this we will eat it, but normally kids actually do not necessarily eat pomegranates," he said.

"As soon as they saw it there was an excitement towards the product, and especially again for bananas."

"There are two elements to this – one is the fun part, the other is the food safety part," she said.

"In India, , given the supply chain is not very organized, the fruit actually moves through multiple hands before it reaches the consumer.

"The effort that we’re trying to put in is we’re working directly with farmers so the fruit has been picked at the farm level, it goes to our packhouse for processing, sorting, packing and direct to retail."

Pankaj added that while standards like GlobalG.A.P. were typical in other parts of the world, they were not as common in India.

"Food safety is becoming a big concern from a pesticide residue perspective," he said.

"We’re actually promising international standards for the Indian consumer now – there’s a whole lot of education that needs to be built in.

"While things are a given in the Western market, it’s absolutely not the norm in India. Banana for example gets ripened in a manner that’s not safe for human consumption sometimes."

Essentially, the branding message is that Indian parents can trust the product's safety, and their kids will want to eat it. 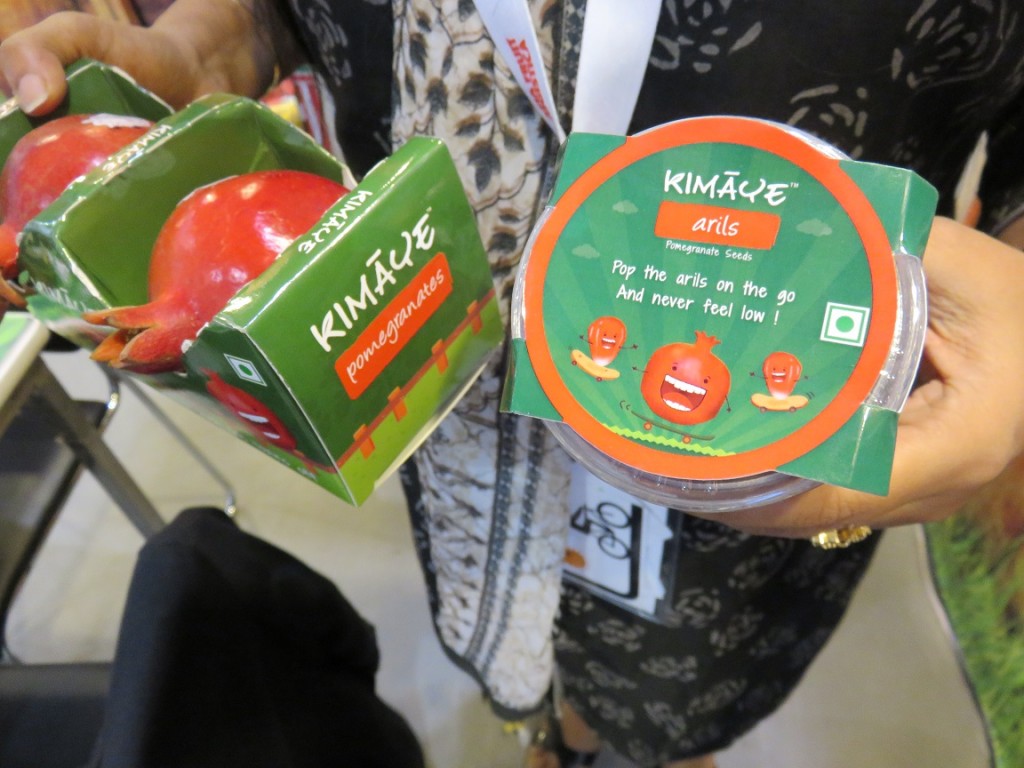 "The idea would be more to improve the standards of the industry, and I would not look at it from a competition perspective," added Pankaj.

"I think it’s about setting a set of standards amongst the organized players, saying here are the basic norms of the industry, this is how it should work.

"There is so much scope for everyone – getting the industry to the right level."

In the U.S. context, when food safety is discussed it more often touches on the prevention or traceability of health scares like E. coli and salmonella, but in India pesticide residues are the more pressing concern.

"Outbreaks like that are not common in India but it also has to do with the fact the immune system tends to be much stronger," Pankaj said.

"It’s something that for whatever reason, we have not seen outbreaks of these kind of problems in the Indian context."

INI Farms has recently opened a new packhouse outside Pune, and in other developments it has entered into a Memorandum of Understanding (MoU) with retailer Future Group and the state government of Andhra Pradesh.

"What would happen is we’re actually taking a very large initiative to work with growers to improve the quality and productivity for them," said Pankaj.

"This is being done with the Indian state of Andhra Pradesh, the government is highly involved with it, and therefore it’s kind of a three-way partnership.

"For the farmers the objective is to double that up in terms of net profit – that’s the guidance we have set for this joint venture. This fundamentally would be the largest such project in India – 12,000 farmers would be involved, between pomegranates and bananas."

"We have been growing at a reasonably fast pace so it’s not that the growth isn’t there," he said.

"The Indian market is very strong, and in the Indian context these numbers are actually fairly small."