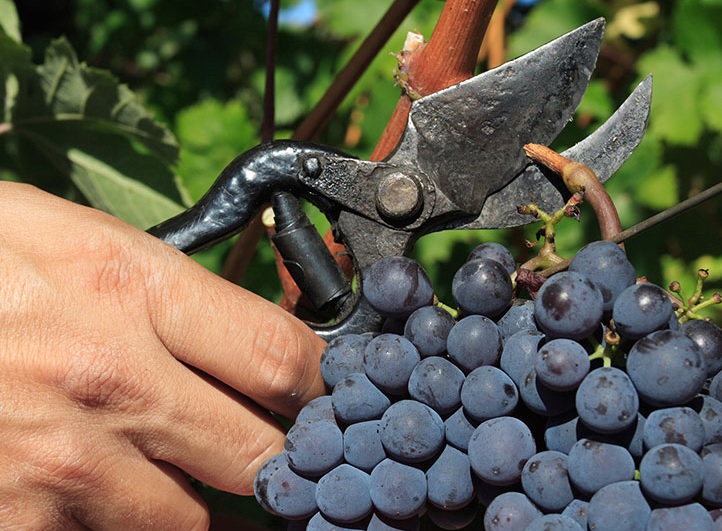 Since December, Israel-based Stockton Group has received approval for the use of its Timorex Gold biofungicide in New Zealand, Brazil and China, albeit in specific crops for the time being.

But while the commodity base may be limited to certain commodities right now - strawberries and tomatoes in China, table grapes in New Zealand and tomatoes, grapes, bananas, broccoli and lettuce in Brazil - the milestones mark a significant development for the group.

This is particularly the case in China, given the group is 51% owned by Chinese group Sichuan Hebang Corporation Limited.

"Timorex Gold is one of the first biopesticides from outside China coming into the market," CEO Guy Elitzur told Fresh Fruit Portal during trade fair Fruit Logistica in Berlin this month.

"I would say the Chinese market is a competition of many small farmers so it has a diversified crop within fruits and vegetables, but you also see rice and wheat.

"It’s a huge market in terms of size and the distribution channel – it’s different in terms of the acknowledgment of Chinese farmers towards biological."

To clarify the last point, Elitzur said in Europe there was a need to educate farmers about how they could benefit from natural crop protection solutions, whereas in China he believed they would be more willing to accept the concept given their tradition of using herbs and plants in medicine and agriculture.

"On top of that there is an increasing support of the government to promote less toxic, better and healthier pesticides in the market, so they provide subsidies to some players to promote such products. So that gives us a different ecosystem to some other countries," Elitzur said.

"Definitely we’re going into fruits and vegetables, so that's banana, kiwifruit, tomatoes, cucumber in the first stage as crops.

"The challenge is then how to reach into that with so many small farmers – we are trying to build up our distribution channels in China and it’s not going to be one – it’s going to be several of them, either by crop expertise or geographical location."

He said the company already had an office in Beijing, which was key for regulatory and development reasons, but the strategy was to expand deeper into the country with technical teams.

Even though some Chinese farmers would be willing to adopt the principles of biologics, what about those who had become accustomed to heavy pesticide use?

"It’s a great challenge no doubt. I think the fact there is pressure from the government to use more biological pesticides and fewer chemical pesticides, and the awareness of the supermarkets and the consumers to eat healthier food, at the end of the day encourages the grower to use better and healthier pesticide first.

"Then he can also extract a better profitability, because of the awareness but also because when you use biological you’re not just affecting the pest but it brings you effects of vigor, better yields and quality.

"We have this initial operation with some of the farmers. When you spray Timorex Gold within the spraying program, you see early harvests with grapes in China and they can come to the market earlier in the season and get better prices. So the profitability measurement is always to the market and the price they can extract."

Timorex Gold is particularly well-known in Latin America for the treatment of banana disease Black Sigatoka, but this problem is not yet present in China.

"No it doesn’t exist in China. In China they have Yellow Sigatoka which is not that tough a disease," he said.

"In bananas you have the disease of Fusarium which is a big problem, and we have an initial good result with Timorex Gold on Fusarium.

"And our experience from the Philippines, Costa Rica and Ecuador, when you use biologicals you get one or two more leaves on the banana tree. When you translate to the how many boxes of bananas it brings you, it’s very significant."

He said the first crops to be addressed in New Zealand would be grapes and berries.

"It’s a similar crop structure to Chile – in Chile we have a long history of working with grapes and berries," Elitzur said.

"I think another crop that seems to have an interesting effect from our side is kiwifruit – I think the next crop we’ll be looking at is kiwifruit.

"There are also a lot of acres in China so I think the experience of kiwifruit is that we are learning in China, and in New Zealand I think it’ll be commercialized probably soon."

In Brazil, Elitzur said the first stage would be in fruits and vegetables as well.

"It's going to be bananas, tomatoes and cucumbers, but we’ll certainly put our eyes on the row crops and the broadacre crops like soybeans and wheat.

"We do have an office in Sao Paulo with a small team that’s working already."

In addition to these new countries, Timorex Gold is also approved for use in more than 30 countries, including 49 of the 50 states in the USA with California the only one with approval pending.