The Ogg Blogg: Year-round finger limes on the pulse with native food trend 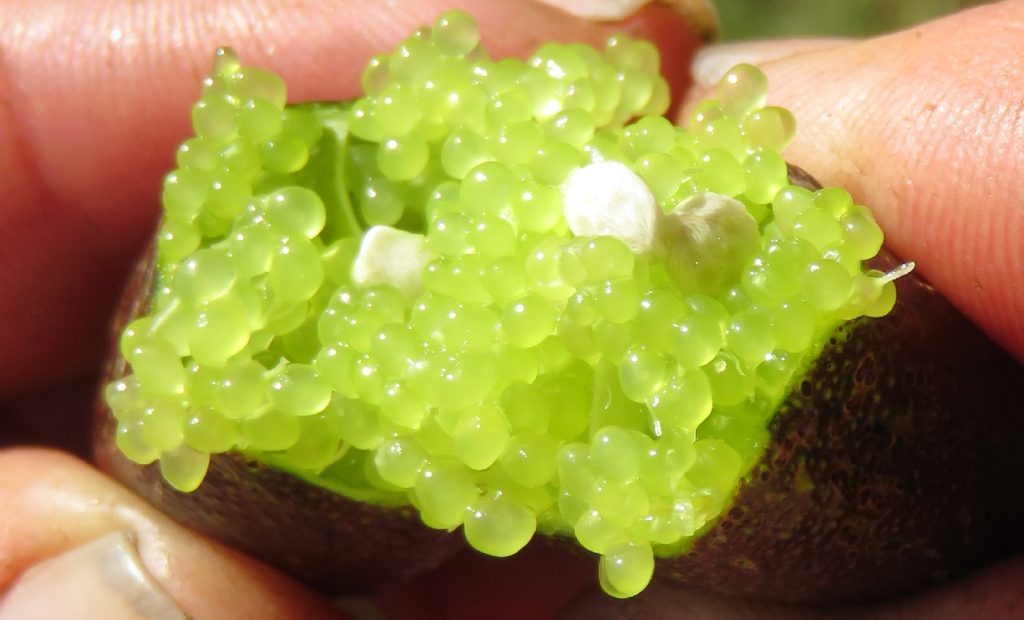 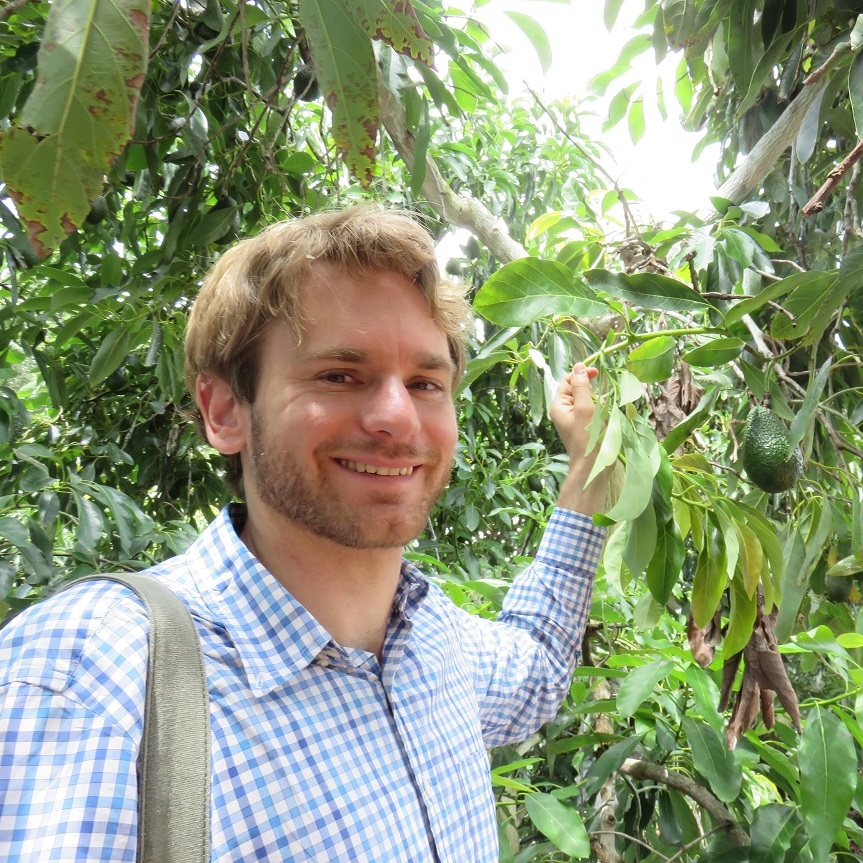 The gelatin-green citrus capsules sprawl out from the cut fruit, projecting a colorful glint I’d swear was artificial if I hadn’t just seen Gerard Buchanan pick this finger lime from the tree. And what a thorny, scraggly little tree it is. I lunge my hand in and it feels more like a rose bush than a citrus plant, but Buck - as Gerard is known – doesn’t hesitate or wince as he collects samples.

Buck’s been doing this since he was a child, roaming the hilly property with an inquisitive eye and tasting fruit as he goes. He doesn’t wear shoes either.

His eponymous Buck's Farm in Chillingham, New South Wales sits in a wide valley forged by an extinct volcano, surrounded by lush Australian rainforest filled with native plants. Finger limes are just one of them, but the extraordinary variety within the species becomes apparent through an in-field degustation.

Do they have any names? “No,” he says. “We just call them Buck's finger limes.” He knows the traits of each one, providing fruit to some of the best restaurants in the region and the country. While international forage gastronomy icon René Redzepi ran his restaurant Noma Australia in Sydney, Buck was his finger lime supplier.

However, it wasn’t so much the farmer’s prestige that piqued my interest but the timing of his crop. Unlike most citrus, finger limes are traditionally a summer crop but Buck is able to produce fruit right through the winter.

I visited him in September, at the start of the Australian spring, with one pressing question - was his situation normal?

"No, it’s very abnormal. Very few people can grow finger limes 12 months of the year but we do have them here going back 25-30 years ago.

"I could go to a certain tree on this farm and pick a finger lime off it any time of year."

He claims to have achieved this by going against the conventional wisdom of letting fruit set and developing a solid crop load before harvesting.

"I’ve found over the years that the more you take off the trees, the more they’ll give you. If you leave all that fruit on, you’re going to restrict it wanting to produce again," he says.

"It must be because this is the home of finger limes. It’s in the ideal climate which is very important for fruit to crop...they just keep producing."

He also explains a few growing methods learned over time.

"They seem to handle drought pretty well, I wouldn’t say that affects them. Wind can but these are pretty well protected here," he says, highlighting he has a natural buffer including native tamarinds, pawpaw (papaya) trees, lemon myrtle, aniseed myrtle, macadamias and Davidson's plums.

And it's the latter that Buck is particularly excited about.

"The thing is that like finger limes, it’s a native plant. The rest of the world didn’t know it 20-30 years ago and the Davidson plum will be the next one," he says.

"It’ll take the world by storm because it’s got color, you can use it in a lot of preparations.

"Fresh, it makes probably the best jam you could ever use. And anything to do with bush foods is they’re so strong in their flavor that you only need to use very small amounts of it – it’s different to an ordinary jam."

Buck is so upbeat about the Davidson's plum that he is about to start an ambitious planting project.

"A few thousand [trees] are on the way. We didn’t grow a whole lot of them and we wanted to see how they produce, and see if there were any problems before you rush in and plant a thousand trees," he says.

"Now I’ve got the demand and I know I can produce here roughly 10 months of the year."

His existing Davidson's plum trees are just behind the farmgate store and on first glance it's hard to tell them apart from regular rainforest trees. When they're ripe they just fall onto the dense leaf litter and Buck picks them up, hopefully before the king parrots get to them.

"If you see a bird go for it that's probably the best. They always know which fruit are the tastiest," he says.

After the farm tour tasting the rather tart, pungent Davidson's plum (I could only eat half) and a plethora of juicy finger limes as well as hybrid red centre limes (Australian blood limes), Buck and his wife Anne treated me to some of the best avocados (Sharwil variety) and passion fruit I've ever tried.

While Buck doesn't strike me as the sort of bloke who would utter the word "terroir", he is passionate about soil and treats the quality of each piece of fruit with the same attention a fine winemaker would give to a vintage. It is for that reason that I thoroughly recommend any visitor to the Tweed Valley stop by Buck's Farm.