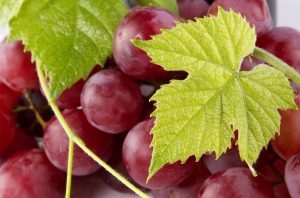 Peruvian table grape export could increase by 36% this season to around 45 million boxes of 8.2 kilograms, according to an unofficial estimate made by the Peruvian Table Grape Producers Association (Provid).

The figure would be a significant increase over the previous campaign, which reached only 33 million boxes due to rains resulting from the El Niño phenomenon in Piura and Ica.

"This is what should have happened last season, had there been no El Niño phenomenon", Carlos Zamorano, general manager of the Peruvian Table Grape Producers Association (Provid) told Fresh Fruit Portal.

Zamorano said that official data would likely be available in October when there was a clearer picture of how the vines were behaving in Piura. The northern growing area was seriously affected by rainfall last year, ultimately exporting only 9 million boxes.

An increase in planted hectares in Piura also contributes to the estimated rise, according to Coexa general manager Fernando Bustamante.

The region is expected to overtake Ica in the future as Peru's main production area, he said.

Zamorano said this campaign would be a recovery from last year, with a normal growth rate that had been expected for the 2017-18 season.

He said that in the 2016-17 campaign "we had already exported 39 million boxes, and so the logical thing would have been that in the next one we would export a little more than 40 million."

"So what we now expect is to go back to those 43 million and possibly grow a little more."

Harvests are expected to start in mid-August and end in February but could last until March, depending on the weather.

Last year in the U.S. there was the unusual situation of Peruvian grapes being sold until April, but Zamorano explained that this was the result of climatic problems affecting shipping volumes.

Peru will continue exporting to China - its second-biggest market - as well as the EU. In addition, the Provid manager said that after a hiatus of a few years, exporters would now re-enter the Vietnamese and Malaysian markets.

The next market they are targeting is Japan.

"That is a more important market that we want to enter, but it is a tedious, complicated, long process and we are waiting," said Zamorano.

For now, the industry is working to improve the entry conditions to Indonesia.

The representative pointed out that the industry is currently trialing 50 varieties in Peru.

Red Globe remains the most abundant, but lots of proprietary varieties are also being planted, many of which are in their second or third year of production. Newer varieties include Sweet Globe, Sweet Jubilee, Jack Salute and Autumn Royal.

Carolina Uquillas, Sun World's regional licensing manager for South America, said that in January 2019 a set of early grapes of color categories would enter into quarantine. She believed they had high potential in Peru as they had high fertility and were grower-friendly.

"In general, producers want to offer black, red and white varieties," said Uquillas, when asked about what trends she sees in the country.

"The harvest time is not too relevant, because by changing the pruning dates and that application of cyanamide they can change the harvest period. An important requisite is that varieties have high fertility.

"This was put to test last year when various of our growers were affected by the El Niño phenomenon and suffered big volumes loses for old varieties, while the effect on Sun World varieties was much lower and the production estimates were almost unaffected."

She described Peru as a "quite an aggressive market," because growers are requesting much greater numbers of plants compared to Chile or Brazil.

"Sun World works with big producers, whose individual annual orders are more than 100 hectares. I believe that Peru is working very well with table grapes, they are open to learning, they happily seek information from other places, they have a climate that is temperate to tropical, and they are capable of adapting management rapidly to their particular condition."

In addition, she pointed out that the country has become very competitive, partly because new varieties can be introduced much more quickly than in Chile, and the quarantine process can be completed in just 18 months.

The growth cycle is also very fast she said, and if growers plant soon after the material is released from quarantine, they can have their first harvest in 12 - 14 months, whereas in Chile they must wait two to three years.

Chile and Peru were requesting similar Sun World varieties, she said, with high demand in both countries for Sugrasixteen (Sable Seedless) and for Sugrathirtyfive (Autumn Crisp). One difference, however, was that in Peru it has been easier to manage the Sugrathirteen (Midnight Beauty) variety, which had achieved excellent agronomic and commercial results.