More Aussie growers gear up for China-bound cherry exports with large crop in the wings - FreshFruitPortal.com 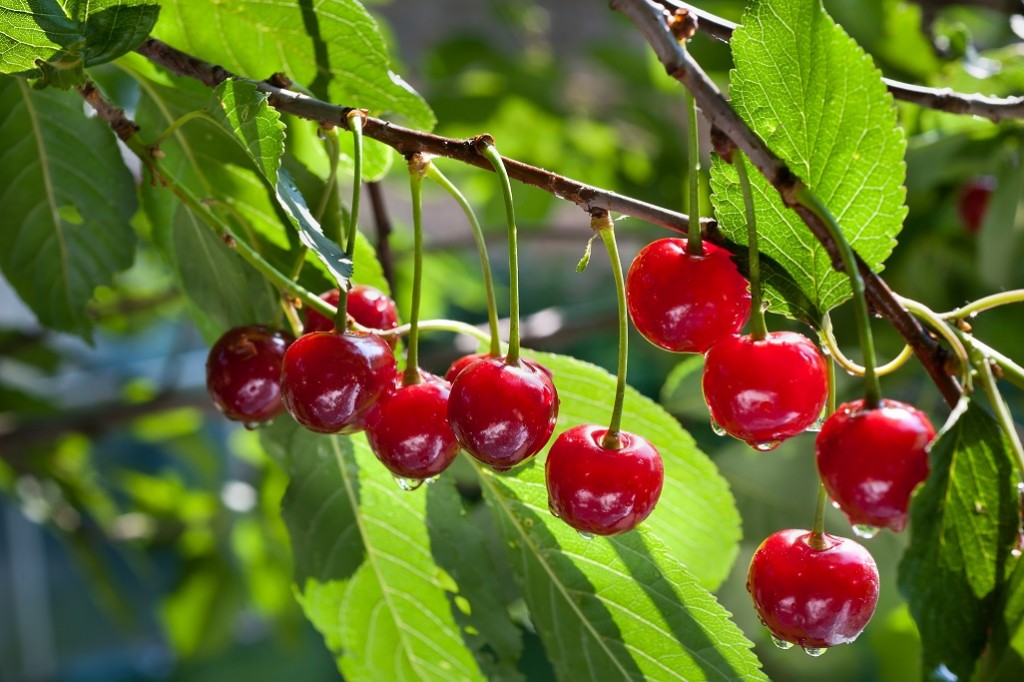 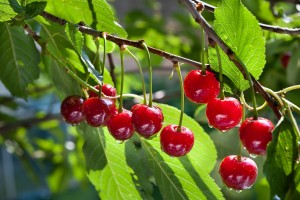 The Australian cherry industry has already kicked off exports to mainland China with more growers registered for the program than ever before, buoyed by heightened interest from states that used to be absent from the market.

Tasmania was previously the only Australian state that could ship cherries directly to China thanks to its fruit fly-free status, but new protocols have opened the door to mainland Australia which accounts for around three-quarters of the country’s production.

“I really do expect there to be volume exports from all states this season, and it’s going to be a dramatic change to the cherry landscape in Australia,” says Eastlake.

“I’m reticent to make predictions about what is definitively going to happen about exports because I don’t know. We’re in uncharted waters here,” he says, adding Vietnam is also demanding fruit after a successful inaugural campaign last year.

“We had a lot of enquiries from Vietnam last year. We had good volumes up to Christmas and we did really move some cherries as an industry last year, and we had more demand from Vietnam than we could possibly meet.”

UN Comtrade statistics show Vietnam was offering comparable and sometimes better freight on board (FOB) prices for Australian cherries in early 2018, but in December 2017 the Chinese mainland was offering prices that were more than 40% higher.

This is largely explained by the fact Tasmania has historically accounted for the majority of Australia’s direct exports to China and its production occurs later in the season.

In November and December last year, coinciding more with volumes from mainland Australia, the leading overseas markets for Australian cherries were Hong Kong, Singapore and Vietnam.

What remains to be seen is whether improved access and more registrations lead to mainland China closing the late-year gap or even surpassing these markets.

“China is a big market – one of their major cities could take our whole crop,” says Eastlake.

“We had an enquiry to the CGA desk of someone [from China] who is interested in doing 1,000 [metric] tons (MT) this season.

“That’s the sort of enquiry we get and that’s just a trial.”

“All expectations are that we’ll be upwards of 15,000MT this year and anything upwards of 16,000MT is a record. We’d almost certainly be assured of that,” says the CGA executive.

“We will break the export record this year, there’s no doubt about that. There’s just too much genuine interest from growers to export for that not to be a reality.”

One of the first exporters to start this year’s export campaign to China has been Wandin Valley Farms, situated east of Melbourne on the other side of the Dandenong Ranges.

Since then the company has been air-freighting cherries to the market every two or three days, and the response has been “send more”.

“We’ve had a great response so far and I think it augers well not just for Wandin Valley Farms but for our entire industry,” says Jones.

“Certainly most of the exports that we’ve done so far have been sent to China but that’s purely because the fruit quality has been good enough to send there.

“I think for just about all markets fruit firmness is pretty much non-negotiable. Fruit has got to be firm, it’s got to have nice color and good flavor.”

He says Wandin Valley Farms, and the industry more broadly, is “totally focused on fresh”.

“We want to pick it on or close to its optimum as far as its color, sugar and flavor, maintaining firmness and getting it to our markets as quickly as we can, and that’s via airfreight.”

Jones claims the registration process for China has been well organized, and he is grateful to his compatriot growers in Tasmania who have paved the way for the industry.

“Tasmania have had access to a lot of countries that mainland Australia haven’t had before, and we’ve been able to learn a lot from how Tasmania have gone about meeting the protocol requirements of some of these markets,” he says.

“That has probably helped the mainland a lot in setting up the processes we need in place about orchard and packhouse registration, on-farm and in packing shed monitoring and all those sorts of things.

“The Tassie guys have set a really good benchmark that we’ve been able to utilize.”

More “export demand out there than we can service”

Eastlake emphasizes mainland growers will be “testing the waters” this year with many operating within the new China protocol for the first time.

“But there’s going to be a good proportion of people who are trying this for the first time and haven’t fumigated before. So they’ve got some stuff to learn – we’ll be testing the waters.”

He highlights has desired access to China for three decades, and after seeing the success of Tasmania after gaining access, growers have been planting new orchards in anticipation.

He says while there is scope to grow the domestic market, it has not kept pace with production.

“But we expect the export to soak that [production expansion] up, and there is no doubt there is more export demand out there than we can service and we’re going to need growers to expand to meet that demand,” he says.

When asked about expectations for the Chinese New Year, Eastlake expects the timeframe to continue to be dominated by Tasmania as far as Australian supply is concerned.

“For the mainland for most regions we’re done by then, so there’s probably limited ability to service that, but having said that there are areas like the high areas of Victoria like Batlow that may have a crack at it,” he replies.

“The mainland will be done and dusted by then unless anyone wants to hold store for a long period of time which may happen but I doubt it, and the Tasmanians are very focused on Chinese New Year.

“They can occupy a niche that most of the world can’t – they’re super premium fruit, they’re large, good quality, and there’s more demand there than they can service, so they target that for a reason,” he says, adding the period also coincides with Chile’s peak supply.

While the drought is a serious concern throughout rural Australia at the moment, Eastlake emphasises growing conditions have varied from region to region, and overall the crop is looking good.

“It’s very mixed. Everyone’s got a crop and everyone seems to be reasonably happy with what they have, but obviously the climatic conditions are just wildly different this year,” he says.

“New South Wales is still drought declared, but parts of it like Orange look very nice - they’ve not had the rain they would want or what they would typically have, but comparatively it looks great.

“Young (NSW) is very dry but northern Victoria is very dry – all cherries are put on irrigation now but there’s some very prudent use of irrigation water being implemented this year. It’s going to present some challenges.

“In terms of quality, a dry harvest is great – dry is exactly what you want because you’re going to have splitting and softness in wet years.”

Meanwhile, the Adelaide Hills have had a good amount of rain and “they’re just loving it”, according to Eastlake.

“The reports coming out of there is that they have a very nice crop; it’s rainforest conditions compared to other parts of Australia,” he says.

“We have had a kick over El Niño, which is good for harvest but it’s a win we get now that we might have to pay that forward later on. That’s going to present some challenges for sure.”

He says there is going to be some “distinct judicious water usage” this year as well.

“And some people have been concerned about size – most growers know where size needs to be, and at the end of the day you do need all sizes to meet all markets.

However, he says there is a proportion of the market, both domestically and internally, that wants the ‘ultra-premium’ product and will pay for it.

“That’s awesome and we want that, but you need all sizes so that everybody can get reasonable access to fruit,” he says.

Cherry growers in the northeastern Australian state of Queensland produce much less than their southern peers, but have historically occupied the earliest part of the season.

However, for the past two years growers in the key growing area around Stanthorpe in a region known as the ‘Granite Belt’ have been hit hard by wet conditions.

Over the phone, Graham Minfie of Cherry Park is reluctant to discuss the season out of fear of jinxing it. “Our last two years basically we’ve just been wiped out, and it’s actually pretty hard to talk about and think it could happen again,” he says.

“Plants become our friends and you have the satisfaction of the crop being there, but you wake up the next morning, it’s rained for 12 hours and you go out and look at those bloody beauties that are no longer beautiful.

“And on top of that you’ve got to spend $10,000 out of your pocket that you haven’t even got anymore to pick the rotten stuff off. It’s just not good mate.”

He says the last two years presented “the worst criteria possible” for weather conditions with long periods of drizzle with no sunlight, so the fruit wasn’t able to dry after the rain.

“The trees just couldn’t handle it anymore and the fruit just split and that was it. You just had to walk away from it,” he says.

After challenges like this and with another business in development involving hail nets with flexible solar panels, Cherry Orchard has cut its number of trees by more than half in recent years.

“We’ve reduced our tree numbers quite dramatically, only because of past experiences. But we’ve decided maybe with the advent of the other business we’ll give it another go, and so many people have said to us ‘please don’t close’,” he says.

“We have a very healthy, very balanced crop on there now. We had a little bit of rain to call it a green drought if you like. The grass is green but there’s no storage in the dams.

“In this particular instance now all I want is quick breach storm rain, and drying conditions after with sunlight so that we can harvest the crop.”

Harvesting began for Cherry Park in early November with a small sweet variety called Empress, and across different cultivars picking will continue through to around Dec. 10.

“We’ll then go on to a few Merchant which are a very nice large cherry, and then from the merchant onto the main crop which is the Lapin,” he says.

With cherry demand so high, Jones doesn’t see the need to sell to supermarkets and sells everything at the farm gate on the New England Highway, or with staff selling fruit at local townships.

“We’re getting orders for 200, 300, 400 hundred boxes for one person. They’re bringing up specific refrigeration units just to buy products from the shed,” he says.