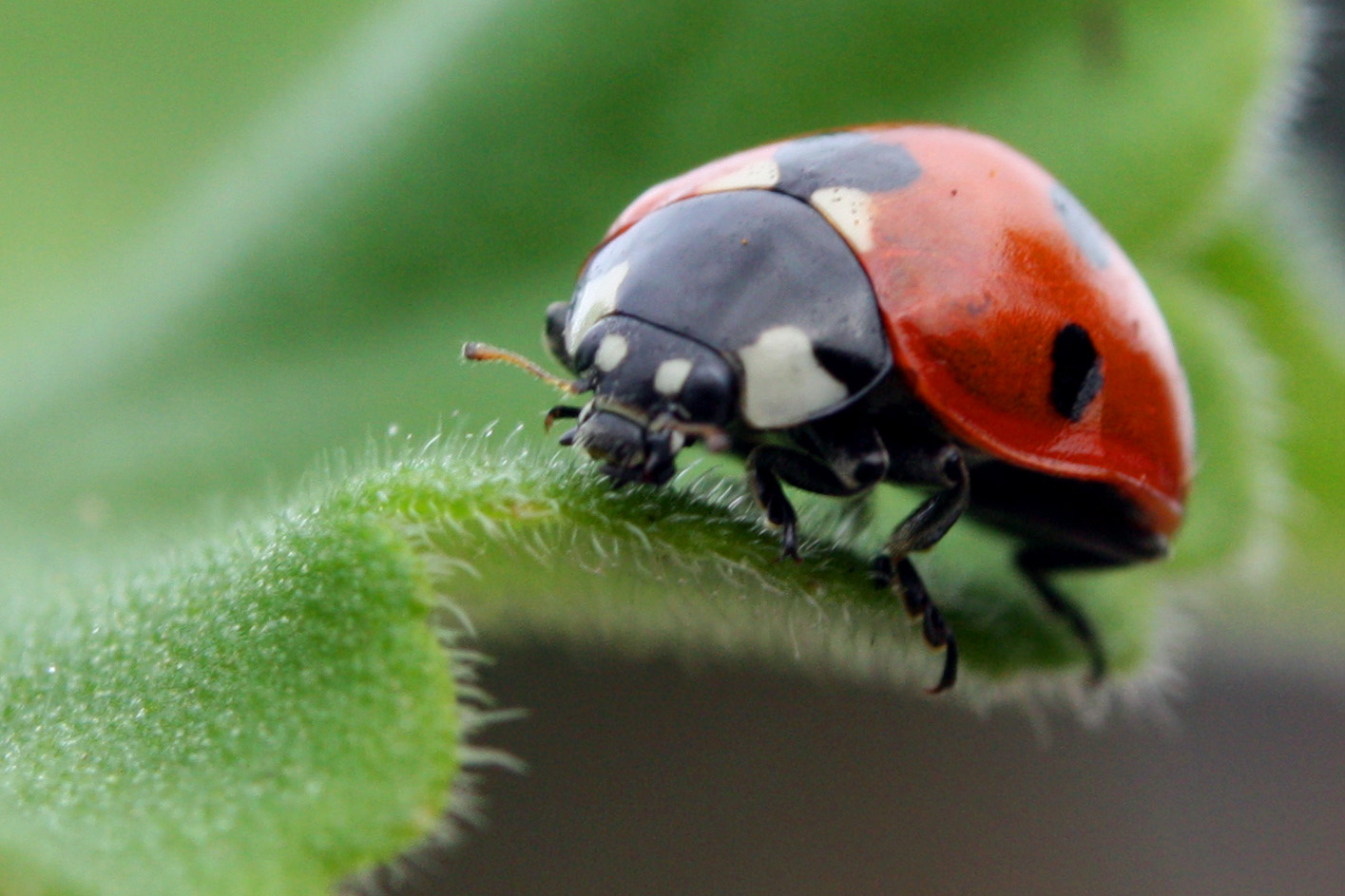 The Biocontrol Brief: How to monitor mealybugs in your table grape vineyard 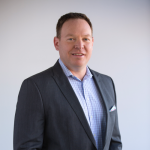 The U.S. is the sixth-largest producer and the third-largest exporter of table grapes in the world. 99% of the US’s production is grown in California due to its favorable conditions, but the nice weather and moderate winter in the Golden State is particularly attractive to mealybugs.

Mealybugs are 1 to 4 mm long, oval, soft-bodied, and covered in a powdery white wax coating. It’s this coating that makes them resemble ground meal, giving them their name, and when they cluster they appear like small tufts of cotton.

Depending on the specific species, once a population is established it may inhabit all parts of a vine and can directly and indirectly damage both fruit and foliage as well as reduce vigor and spread disease. They are found in vineyards around the world but prefer warmer regions without harsh winters and thus can wreak havoc in parts of California. Low numbers of mealybug are known to cause economic damage, as so much so that mealybugs have been identified as pests of serious economic significance by California grape growers. 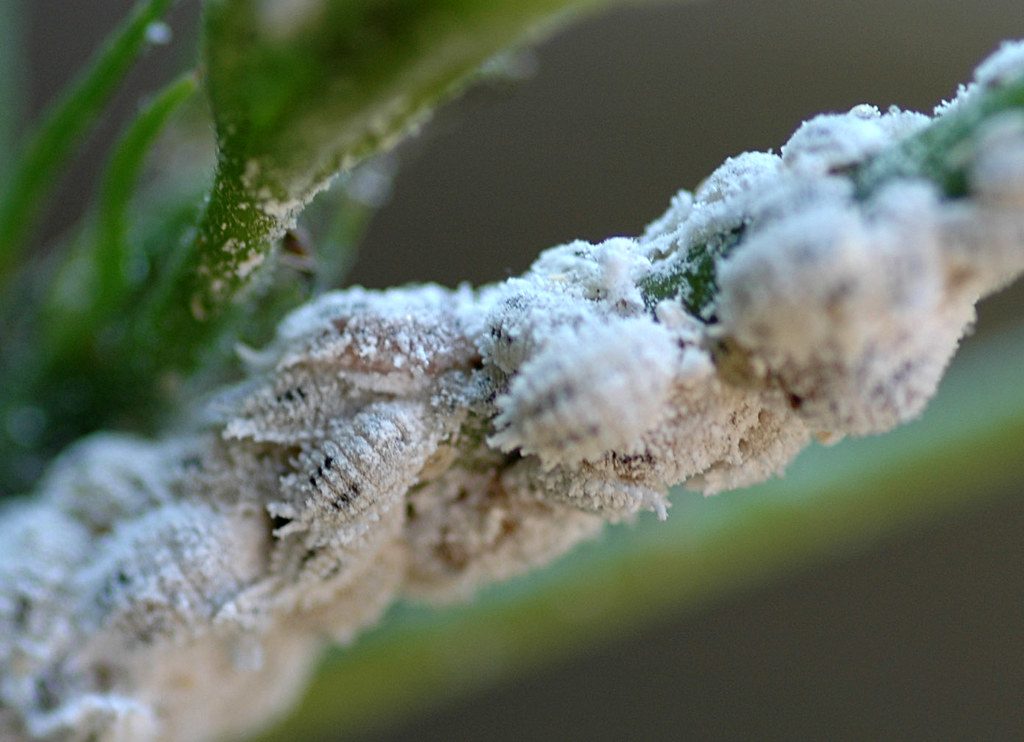 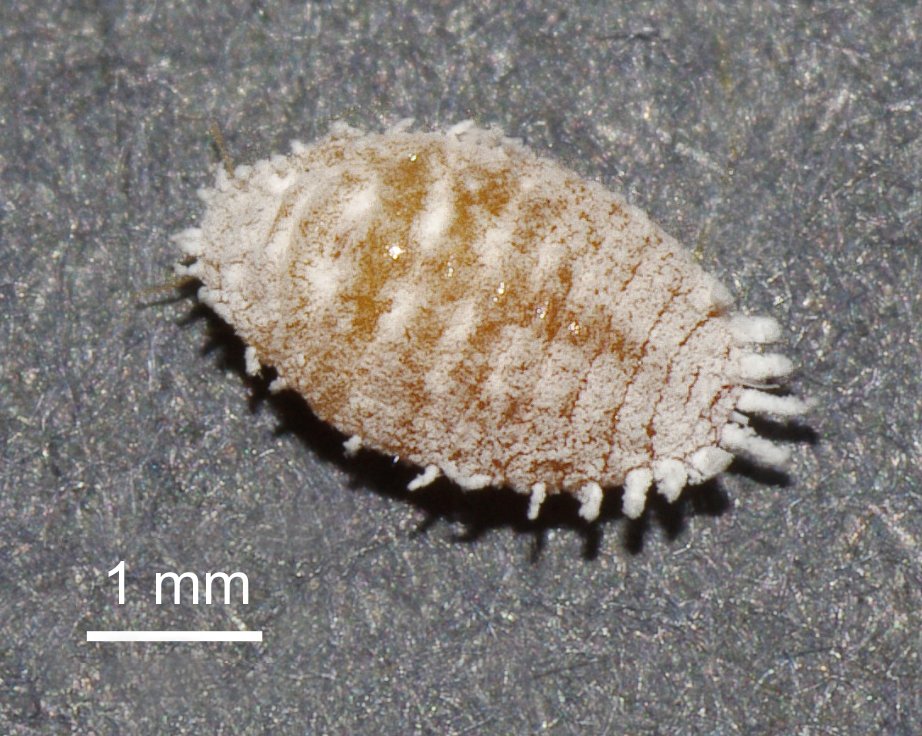 Citrus mealybug or Vine mealybug? While both can be present in vineyards their potential damage and control methods can be different. Ask your PCA! (Source: Wikimedia Commons)

It is important to note that longtailed, obscure and vine mealybugs don’t diapause during winter (a physiological state of dormancy some insects enter into during adverse environmental conditions), so these three species in particular might be present year-round in California vineyards. 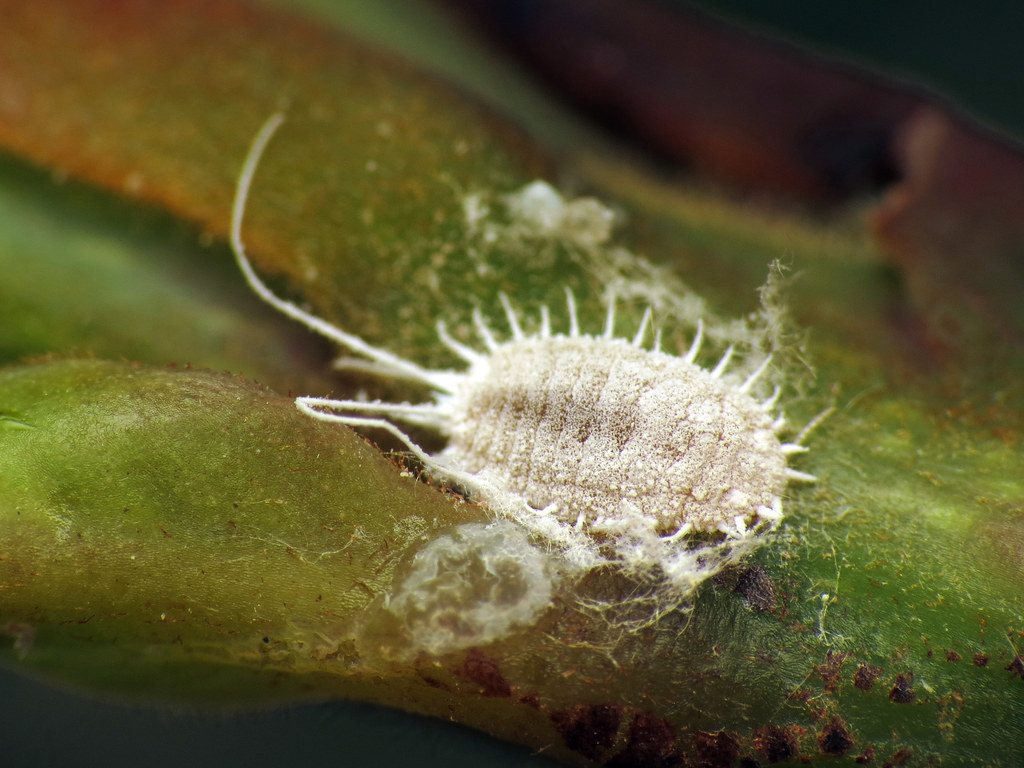 While the presence of most types of mealybugs are a serious issue for grape growers, VMB in particular has become an increasing problem in California. This is partly because it is not native to California and hence has fewer natural enemies, so populations may have less natural control. Vine mealybugs can produce between three and seven generations each, more than double grape mealybug, which means that all life stages of VMB can be found on the vines at any time of year.

VMB also lays more than 500 eggs, which is greater than other type of mealybugs. To highlight the importance of proper monitoring and control of vine mealybugs, the University of California Division of Agriculture and Natural Resources (UCANR) calculates that if all 500 eggs of a vine mealybug were to survive, a single vine mealybug could lead to a population of 31 trillion in a single year!

MEALYBUG DAMAGE ON VINES AND GRAPES

So how do these critters cause damage? The good news is that while it has happened, vine death as a direct result of mealybugs feeding on plants is quite rare. Their sucking on a plants sap can weaken plants and lead to leaf drop, but that also is not the main cause of damage.

When mealybugs feed on plant sap they often excrete a sugary, sticky liquid called honeydew. While the honeydew usually does not cause severe damage by itself, it frequently attracts ants and other insect pests, can cause mold which leaves grapes cosmetically damaged and can prevent a good drying of the grapes if producing raisins. The honeydew of mealybugs can also encourage the development of bacteria or fungus, such as black sooty mold which prevents sunlight from penetrating the leaves and can inhibit  plant growth.

Last but not least, mealybugs can be a vector for multiple diseases, such as grapevine leafroll-associated viruses that can cause up to 50% yield loss in both table and wine grapes varieties!

HOW TO MONITOR MEALYBUG PRESENCE IN VINEYARDS

Because table grape vineyards can be affected by a number of different species of mealybug, management programs and the effectiveness of biocontrol agents will vary. This increases the importance of clearly identifying which mealybug(s) is/are present as early as possible. While it may require the assistance of a local PCA to help identify the species, growers should be able to scout for the signs of an infestation as they and their workers walk the fields.

UC Extension has a thorough guide for scouting, but a few quick tips include stripping bark, looking for waxy substances, black sooty mold, honeydew or intense ant activity. Ants are attracted to the honeydew - in fact, they enjoy feeding on it so much that some actively defend mealybugs from predators. Depending on the species and the time of the season, mealybug can be found on the trunk, under the bark, roots (vine mealybug), on or beneath leaves and clusters. Check grape clusters that are in direct contact with the trunk or spurs since they are more likely to be infected.

Scouting is easier when vines are at a dormant stage, but monitoring should be performed all year long. During the winter, all stages of VMB (eggs, nymphs, adults) tend to shelter under the bark and within creases of the lower trunk, while for other mealybugs it is primarily the overwintering eggs which are found under the bark. For farms planted in light to medium textured soils, additional attention should be given to monitoring the roots.

The mealybugs start to venture out the more exposed parts of the vines when temperatures and populations rise, so from late Spring to early Fall leaves, new shoots but also the base of spurs should be checked for clusters. At the end of the season, grape growers can leverage the work of their harvest team to detect the presence of mealybugs and get a jump start on refining the scouting effort for the following season. To optimize monitoring efforts, it can also be combined with scouting for other pests such as spider mites, cutworms, and leafhoppers.

A complementary monitoring method used to augment spot checks is to wrap pheromone-carrying sticky traps around spurs to attract adult males from as far as 300 meters away. The recommendation is to place traps every 10 to 20 acres from bud break through November, and if more than 10 males (which can be differentiated from females relatively easily because they have wings) are found on a trap, additional traps should be placed around those areas to try and zero in on the population. Those additional traps should also be checked for the presence of females in order to provide additional clues your PCA can use to map the population.

If you do find mealybugs, you may also want to look for signs of parasitization since that may indicate the presence of beneficial parasitoids - if there are beneficial parasitoids that is good news as natural enemies can help control mealybug population under threshold levels. The body of a healthy vine mealybug is white and flat, but when a mealybug has been parasitized, it becomes yellow and has a swollen, rounder appearance.

That said, classification is difficult and VMB cannot reliably be classified even with a hand lens.  Since it can be challenging to differentiate them or identify the signs of parasitization, many growers choose to send a sample to their PCA or a farm advisor from their local Cooperative Extension. In order to do so, find the largest mealybug you can and preserve it in a jar filled with alcohol or a plastic bag if you don’t want to waste the good stuff.

Proper scouting and identification of pests is key to successful IPM implementation, and we hope that this article will serve as a timely reminder to train your team to properly monitor and identify the various types of mealybugs. We also hope that this article will foster discussions with your pest advisors as well as within our community of readers.

Mealybugs can cause a lot of damage and you should do your best to not let them get established because once they are, it can be really difficult to get rid of them! In the next article we will discuss some of the existing biocontrol options to control mealybugs as well as some best practices to prevent them from spreading, but before then we’d love to hear from you.