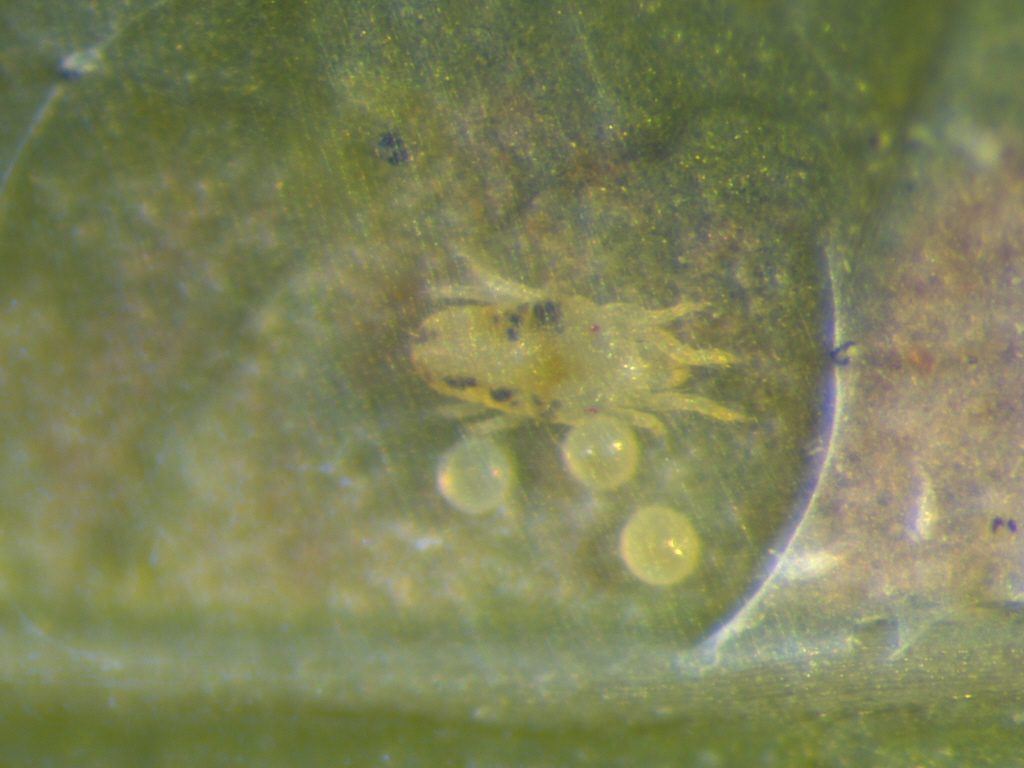 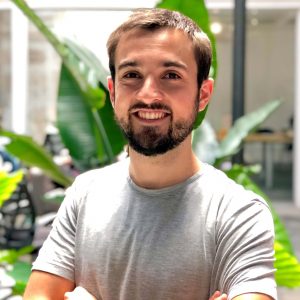 Avocados are not only one of America’s favorite fruits - 105 million pounds of avocados are eaten on Super Bowl Sunday alone - a tiny arthropod called Persea mite (Oligonychus perseae) also loves them so much that it feeds on their leaves in 99% of California’s avocado orchards, with coastal areas being particularly popular spots for them, because who doesn’t like dining with a view of the Pacific?

The Hass variety is the most susceptible to this pest, and that is not great news because Hass represents 95% of the avocado acreage in the state. Hass’ success has led to it becoming a monoculture, and as such it faces an increased risk of being wiped out by pesticide resistant pests. In this article, we will give an overview of Persea mite characteristics as well as a few popular biological control options that could provide the additional benefit of mitigating the risks of insecticide-resistant pests.

The Persea mite is a pale yellow mite which is so small that it can only be identified with a 10x magnifying glass. Originally from Mexico, it is an economically important pest in other Avocado growing regions such as Spain and Israel, and was first observed in California in the 1990s.

Like many of its arthropod peers, an uncontrolled population in an avocado orchard can have a significant impact on the yield. Some studies have shown that it can cause over 20% yield loss if their population is not controlled properly!

Similarly to the other members of the Tetranychidae family, Persea mites tend to hang out under leaves and enjoy a good meal by puncturing and feeding from plant cells there. If it is not taught some manners, this uninvited guest will remove the chlorophyll content until leaf drop occurs, causing defoliation. This is when various undesirable secondary effects start to appear; some fruit will abort their growth, trees will be stressed to a point which reduces yield, and canopy reduction increases fruit exposure to the sun which can lead to sunburned avocados.

The population of Persea mites is usually low during the winter and starts to increase during the spring. But Persea mites prefer cooler temperatures; its average egg to adult lifespan is 40 days at 67°F (20°C) but only 15 days at 86°F (30°C). Their maximum population is reached in July or August and it starts to decrease when the temperature rises to 90°F (32°C)

Two of the first steps of efficient control of Persea mites are to monitor the population growth and predict generational development. California growers are advised to start monitoring for Persea mites every week from early spring until early fall. One of the best ways to detect its presence is to look for signs of web-spinning under leaves and for necrotic spots on top of the leaves, near the veins. The UC IPM website shows useful photos to help growers recognize Persea mite damage as well as some detailed monitoring recommendations. 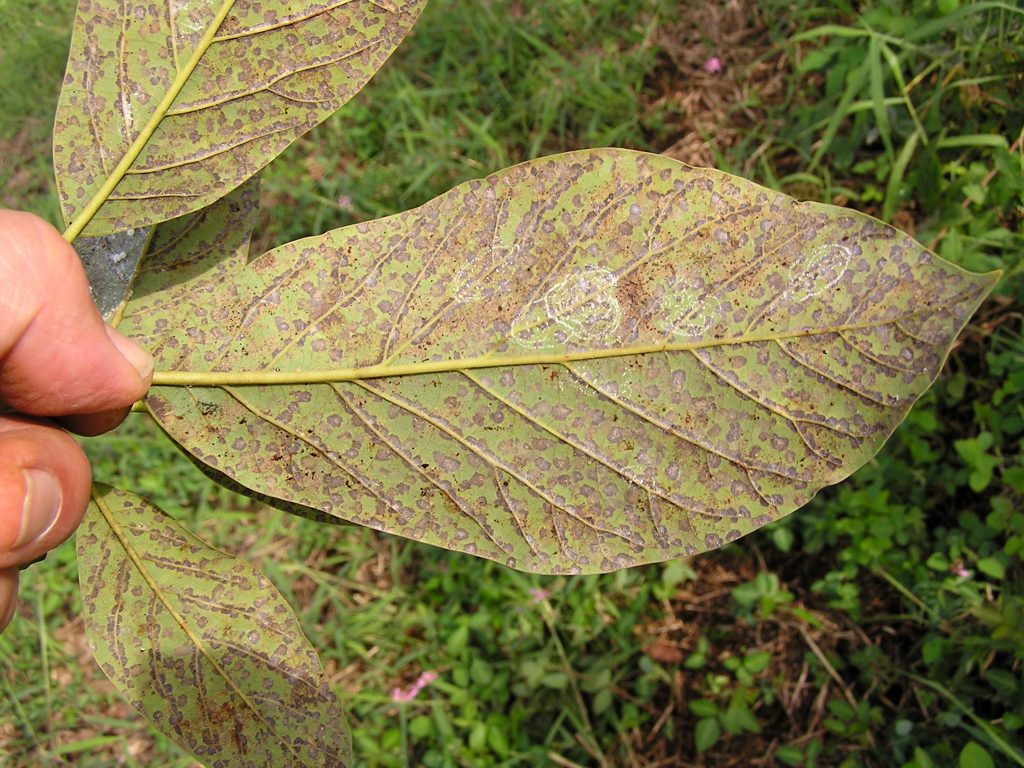 Once the current population size is known, some basic weather data and forecasts can help estimate population growth. Females can lay between 20 and 45 eggs during their lifetime, and insect phenology models based on degree-days have been developed and tested to help accurately predict generation development and perform timely pest control.

Trees with a significant infestation have a paler canopy that can be distinguished from afar, thus making drone based remote sensing a viable option to spot the most critical areas.

The academic world has not come to a consensus on an economic threshold level (ETL) for Persia mite yet. However, a commonly used subjective threshold is when 50% of the leaves become infected by at least one spider mite (Hopefully you catch them before they start building webbing, but catching them this early, especially when there’s only one on a leaf, takes diligent inspection). Studies have shown that most leaves will drop with as little as 10% of their total surface area affected, and some will drop with even smaller affected areas. Growers should get a recommendation from a pest control adviser (PCA) as this threshold level might vary according to regional and environmental factors such as temperature and humidity.

A key to a successful integrated pest management plan (IPM) for any pest is keeping good notes on scouting in addition to the final treatment decisions and their outcomes so an organizational knowledge base and best practices can be developed. This can improve the accuracy of whichever ETL is used and optimize the timing of treatment plans, something that is of heightened importance when biological control methods are being used.

Because Persea mites hide under the leaves and both eggs and adults are usually protected by a webbing, chemical spraying is often ineffective. Additionally, most pesticides have a negative impact on natural enemy populations, which increases the probability of secondary pest outbreaks, and frequent pesticide spraying might lead to the development of resistance.

The good news is that in California’s avocado regions there are many commercially available predators and parasitoids which are able to control Persea mites. The predatory mite Neoseiulus Californicus is one of the most affordable and effective options. N. Californicus doesn't overwinter well so its population is often reduced below optimal levels for biocontrol by the start of spring, however,  as we discussed in an earlier article augmentative (booster) releases bring the populations back to effective levels.

A typical release rate is 2,000 per tree, with two releases timed between spring and summer when the relatively high temperatures and humidity favor both Persea and predatory mites. However, prescribed rates can vary significantly - some local PCAs find it economically beneficial to release 10,000 predatory mites per tree, especially when those trees are located near dusty roads or in more humid areas. Timing is important to make sure the release is not made too early, in which case, Californicus has less chance to establish a sustainable population because of a lack of food, or too late, when the less expensive preventative treatment rates of predatory mites or other beneficials won't be sufficient to control the pest population.

It is important to note that Californicus does not spread from one tree to another, so an even application is necessary to ensure proper control of Persea mites in the orchard. Californicus needs to be released on each tree, either by attaching a small bag with the predatory mites inside or by releasing them via drones a few meters above the trees. Using a drone service for applications provides even greater control of timing and distribution as they can place the beneficials in the tops of canopies.

Other beneficials also prey on Persea mites, such as Euseius hibisci, Galendromus helveolus and Green lacewing larvae. They can be used as substitutes or complementary options, and the larvae of the green lacewing is becoming an increasingly popular choice for drone applications as it is a general predator which also preys on other pests such as aphids and mealybugs. PCAs like them because they can also feed on nectar, which enables them to establish sustainable populations even when the primary food supply - the pest population - is low.

To ensure the success of a biocontrol release as part of an IPM plan, the choice of beneficial, rate, timing and frequency should be a decision made with the advice of a PCA. Growers should also follow some general best practices such as: not using more fertilizer than required, especially fertilizers with quick release formulations, so that  unnecessarily high levels of foliar nitrogen (which can indirectly promote pest development don’t accumulate); coordinating the use of pesticides to avoid killing beneficials; and diligently inspecting and cleaning machinery, tools, harvesting bins and workers’ clothing and shoes to avoid transporting Persea mite webbing to avoid cross-contamination.

We love hearing from our readers… Are Persea mites an issue in your Avocado orchards? What are your preferred control methods?