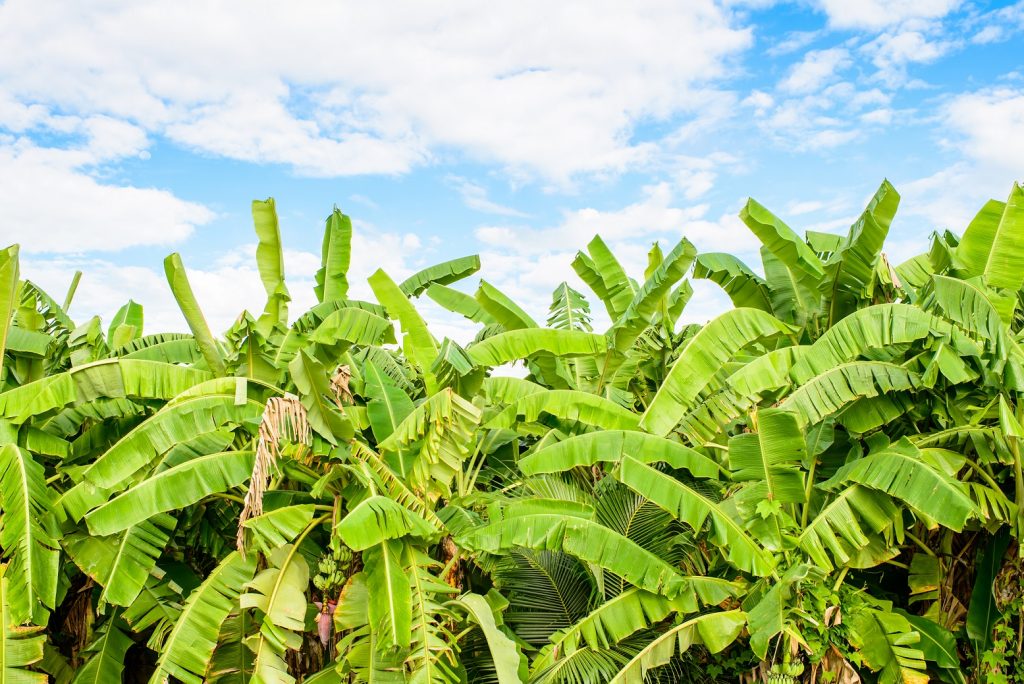 TR4, which was recently confirmed in the region for the first time in Colombia, is a fungal plant disease that can wipe out the banana crops upon which the livelihoods of millions of people depend.

Colombian authorities have now put 175 hectares of banana farms under quarantine. Nearby Ecuador is the world's largest banana exporter, while Colombia, Costa Rica, and Guatemala are also major producers.

If the disease spreads, it would have devastating impacts for farmers and their families across the region.

"The role of bananas in providing food and household income in this region cannot be understated. In several countries, this crop has national economic importance, as it is a major export," said FAO Assistant Director-General and Regional Representative, Julio Berdegué.

"Together, we can curb the spread of this devastating disease, and protect livelihoods."

Learning how to identify the disease in Ecuador.

This emergency project will assist countries in developing regional and national action plans, increasing their capacities to prevent, diagnose, monitor and contain outbreaks, and raise awareness and disseminate information among farming communities, he added.

"National governments, like those of Ecuador and Colombia, are providing active and intelligent leadership, and we are solidly behind them," he said.

In addition, the new TR4 project for the region also aims to support greater collaboration and experience-sharing among the countries.

TR4 is a pathogen that can be transmitted through movement of infested planting materials, contaminated soil, water or other physical means such as shoes, tools and tyres.

Once established, the pathogen remains in the soil for decades; currently there is no way to eradicate it completely.

However, the FAO says that measures do exist that can be effective in limiting the spread of the disease, including: implementing appropriate preventive and phytosanitary measures, establishing the right regulatory environment, and building multi-stakeholder collaborations.

"Countries must be vigilant in monitoring and containing any TR4 cases. Only strict observation of phytosanitary measures can prevent the disease from spreading," said Hans Dreyer, Director of FAO's Plant Production and Protection Division.

Even prior to the launch of the new project in Latin America and the Caribbean, FAO has been providing technical assistance to affected countries to limit the spread of the disease.

This includes policy and technical guidance to assist them in prevention and diagnostics, and in identifying risk pathways.

At the international level, FAO is establishing a global network on TR4 under the World Banana Forum, the multi-stakeholder platform of the banana sector, which the Organization facilitates.

The network will help coordinate actions and disseminate technical advice from specialized bodies, including the Forum's TR4 Task Force.

Additionally, the International Plant Protection Convention (IPPC), whose Secretariat is hosted by FAO, also recently convened a workshop in Colombia for agricultural experts from 16 Latin American countries on plant health including best practices to prevent the spread of Fusarium wilt.

The Cavendish banana variety makes up around 47% of global production. But the FAO says that diversification, soil health and better use of available genetic resources are key to building resilience to the disease in the long term.

Threats to the Cavendish may encourage farmers, and the private sector, to move away from monocropping towards more biodiverse plantation systems using some of the 1,000-plus other banana varieties, it said.