Canadian apple exports are forecast to increase by 10 percent year-on-year on the back of higher production despite numerous challenges, according to a new report.

The USDA Gain report, however, estimated that pear exports would fall during the 2020-21 season as a result of drought in Ontario and labor issues impacting harvest in British Columbia.

Growth is forecast in Canadian apple production this season as a result of improved weather conditions predominantly in Ontario and Quebec.

Despite dry conditions during the summer, moisture was reportedly received in time to produce a good quality crop for size and color in Ontario. Quebec is also reporting a strong crop.

In British Columbia, hail damage in the spring impacted crop quality and smoke from wild fires along the west coast of the United States affected coloration of some varieties.

The Maritime Provinces experienced drought through the summer, which is believed to have reduced apple production. However, despite these challenges, early estimates
indicate an overall larger apple crop in 2020-21 compared to last year.

Honeycrisp acres are forecast to see higher production this year.

Approximately 10 percent of fresh apple production in Canada is exported depending on the Canadian apple crop size, and expectations are for exports to grow by 10 percent this season.

However, outyear exports will remain below the five-year average due to decreased processing demand and Covid-19 disruptions.

While the U.S. is set to remain the top market for Canadian fresh apple exports this season, exporters may also look to continue expansion into The Comprehensive and Progressive Agreement for Trans-Pacific Partnership (CPTPP) markets as tariffs under the trade agreement have become more favorable.

Additionally, with a smaller EU crop there is likely to be supply gaps in these markets.

For Canadian pears, production is expected to decline by seven percent this season due to harvest challenges in British Columbia combined with reduced labor availability and drought conditions in Ontario.

Canadian exports of fresh pears are negligible in comparison to fresh pear production and imports. Canadian 2019-20 pear exports jumped 25 percent over 2018/19 levels, yet were still only four percent of domestic production. 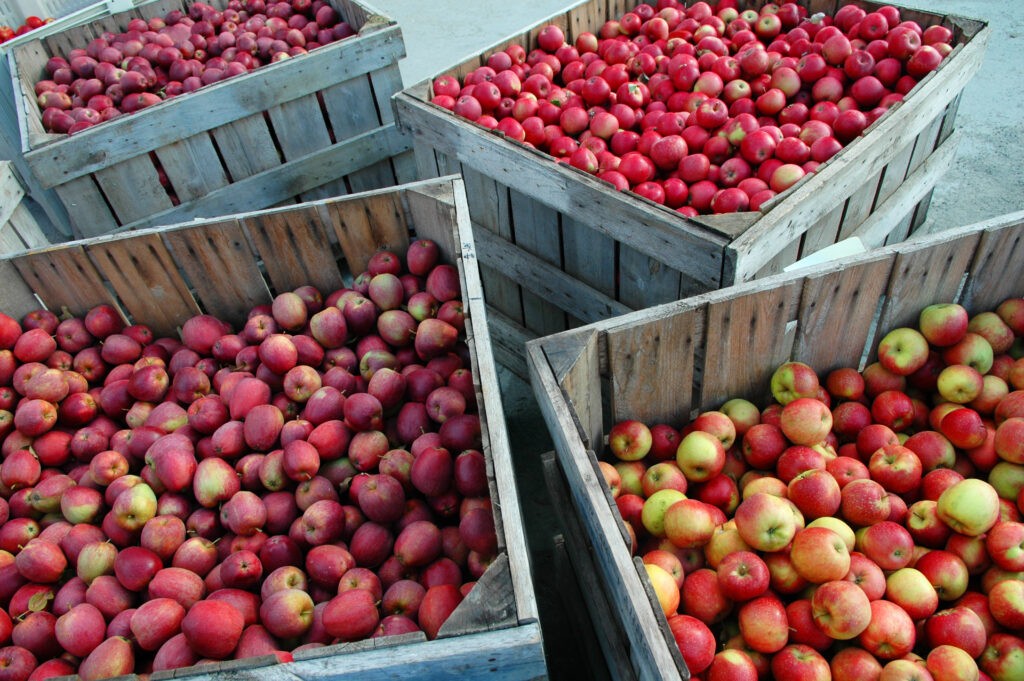