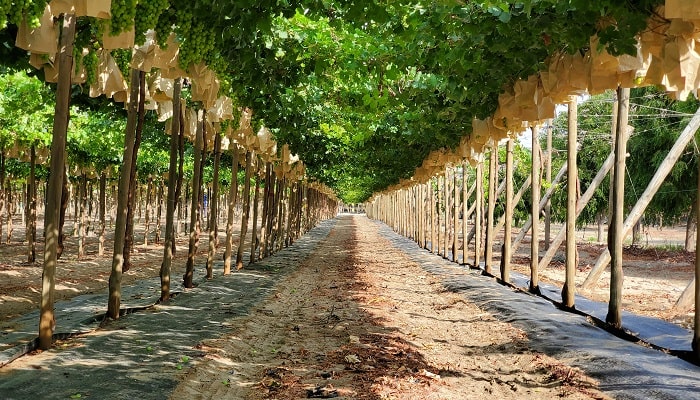 In the midst of a situation where significant challenges are being faced in terms of productivity, competition, consumption and new demands from markets and customers, in addition to the effects that the pandemic has had on the industry, PURA FRUIT companies, formerly Agrícola San José de Piura, and GESEX, with more than 20 years of experience, decided to form a partnership to consolidate their agricultural and commercial businesses in Peru.

An alliance that is made in part by PURA FRUIT, who is in the middle of changing production and commercial processes that began after being acquired over a year ago by the Costa Verde Group, and that is focused on positioning itself as a high-quality fruit company. And also in part from GESEX, in a constant search to strengthen its operations in Peru, where it operates through DEFRUSA, and working together with its clients to deliver value and respond to market needs. 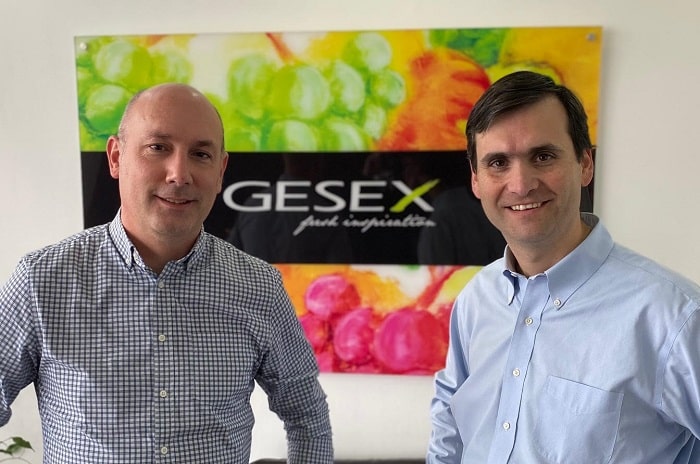 The agreement consists of forming an exporter, under the name of PURA GESEX, whose objective is to manage the exports and logistics operations that both companies have in the country.

“We realized that together we could consolidate our agricultural and commercial projects quickly and with a more solid structure, integrating agricultural production with packaging operations, technical handling and marketing at destination,” Christian Gwynne, CEO of GESEX explained.

In an opinion shared by Felipe Arriagada, CEO of Inversiones  Costa Verde, regarding the advantages that this alliance has for both companies, their clients and collaborators he said: “Being together implies not only growing fruit in Peru but also looking for the best table grape that can be produced, being in the market where it should be and complementing it with successful ways of operating, sharing experiences, technologies, innovation and growth.” 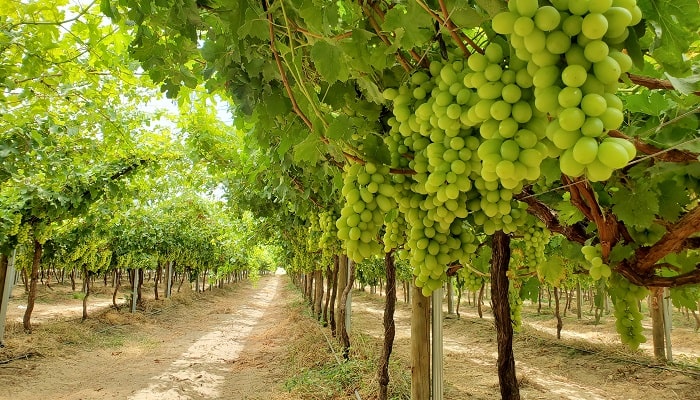 Aligned to the future

At least seven years ago, these companies had been working together. At first with some exports and then five years ago, when they jointly formed DEFRUSA in Piura.

Through PURA GESEX, this alliance seeks to enhance the strengths of each company. On one hand, PURA FRUIT’s ability to supply the market consistently with significant volumes, and reinforce the varietal change by participating in genetic programs and cutting-edge technologies to produce top-quality fruit. On the other hand, integrated and consolidated networks of clients that GESEX has, its global marketing channels with offices in the United States, Europe and China, and its reputation for quality, innovation, sustainability and service; all under the same brand and seal of excellence. 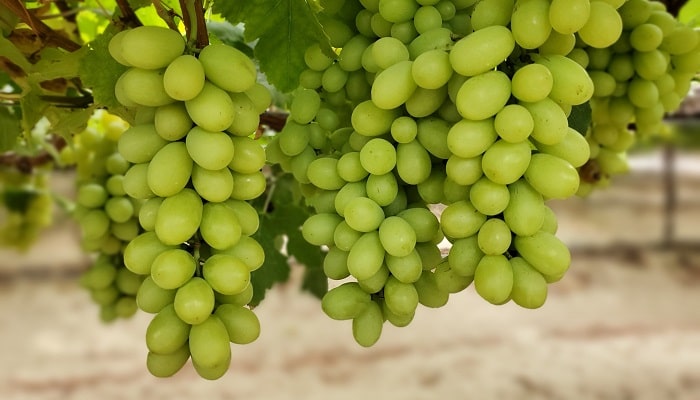 For Christian Gwynne, in an increasingly competitive market and changing situations, this alliance puts them in a better position for the future. “With this agreement we hope to position ourselves among the most relevant exporters in Chile and Peru, and become one of the largest grape marketers with its own fruit along with the guarantee of offering a high quality product that is consistent over time.”

Synergy with a focus on quality and the customer

The Costa Verde Group has invested US$20 million annually in the agricultural industry the last years, focusing on generating a substantive change in the quality of PURA FRUIT’s table grape production. An investment that has considered a total replacement with new licensed varieties from the main genetic programs in the world, and the implementation of new technologies, research and developments to improve production efficiency and guarantee its sustainability.

“Our focus today is quality over quantity. Ninety-two percent of our varieties are patented and new, and we have developed a very meticulous production process, so that each plant is able to show its potential quality”, Manual José Arriagada, CEO of PURA FRUIT said. 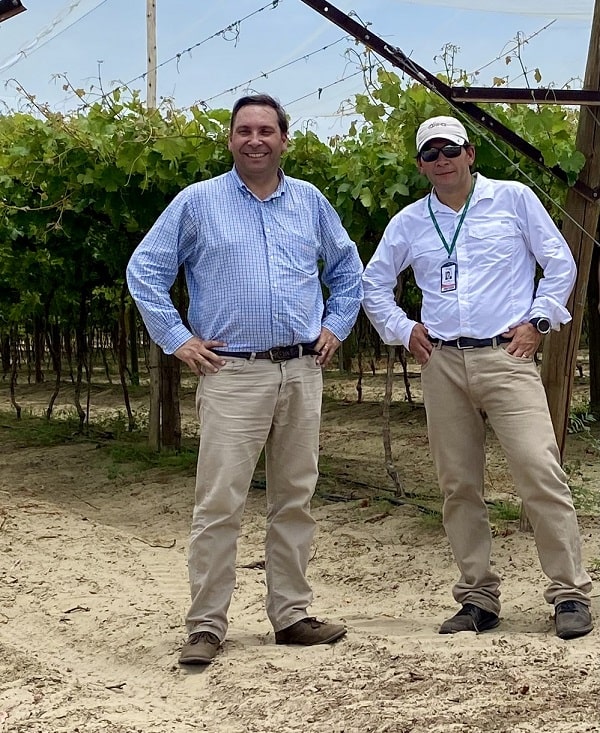 From Piura, the CEO of PURA FRUIT, Manuel José Arriagada, and the CEO of Costa Verde, Felipe Arriagada

“We are not only concerned with producing, but also with implementing the most modern techniques to create the best fruit that takes into consideration the issue of sustainability. We are producing fruit in seasons where there was none before. We want to go beyond simple production”, Felipe Arriagada, CEO of Costa Verde said.

This focus on quality, sustainability and innovation has been the center of both companies. Three factors that are part of the philosophy and vision of GESEX, during its 23 years of experience, became part of its seal of excellence.

PURA GESEX has 5,500 acres in Piura of which more than 2,500 are planted, all with new licensed varieties, with the rest still available for planting.

Based on this agreement, for the next three years production is estimated to exceed six million boxes and reach sales of US$120 million, a figure that places them among the three largest producers for table grapes in Peru and among the most important exporters worldwide.

Considering the operations of GESEX Chile´s, a company that has 7,000 acres and reaches 8.5 million boxes of annual commercialization, this Chilean-Peruvian alliance will concentrate an offer of 14.5 million boxes with a sales potential of US $ 270 million, allowing them to become a "One Stop Shopping" in the southern hemisphere in the future.

This partnership also suggests a positive impact on efficiency and savings in production, operations, shipments and costs, and considers agreements and associations for distributors in North America, Europe and Asia. 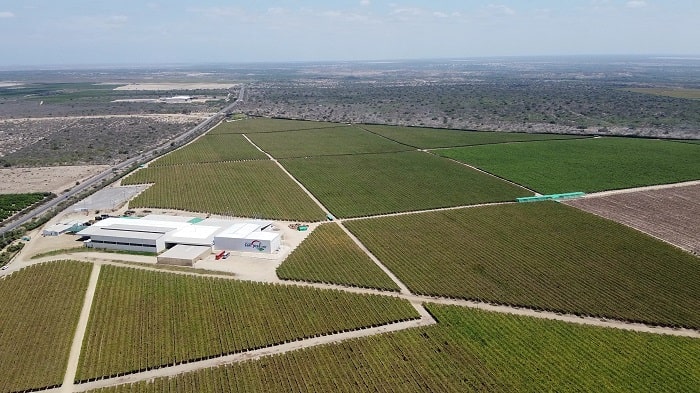 “This alliance will position us as one of the main strategic partners, both at a production and commercial level, due to the advantage of being able to supply various markets over a longer period of the year, from beginning to end in the Southern Hemisphere season,” Allison Sialer, Country Manager at PURA GESEX said.

According to Manuel Aspillaga, Commercial Manager of GESEX, there are not many companies today that are capable of controlling their own fruit in both origins. “This will allow us to serve our customers and especially our supermarket programs in the U.S., England and Europe, and our commercial network in Asia, a market that has shown great potential and dynamism, in a more complete and comprehensive way. With a first-rate product granting the promise of quality and service that has always stood out for us. It means that we will be able to give them a global solution over time, with which we can build a long-term, solid and profitable relationship.” 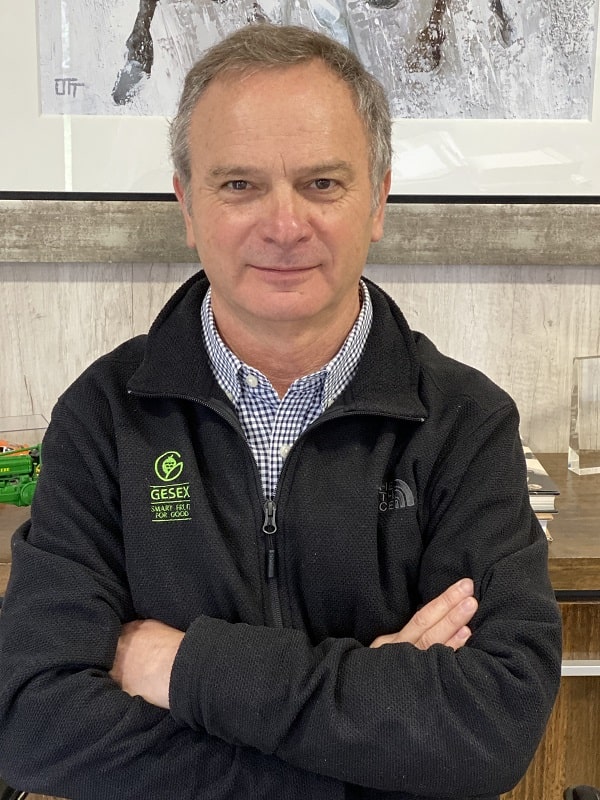 For the chairman of GESEX, Cristián Allendes, in an increasingly globalized and competitive world, it is vital to stay dynamic, active and attentive to changes in the industry. “We are convinced that alliances empower companies, make them more robust and allow them - as is in this case - better business and strengthen their commercial relationships with customers, while also benefiting their employees.”

The last five years saw a substantial growth in imports from Peru, with incoming volumes almost doubling in value from September 2015 to September 2021. 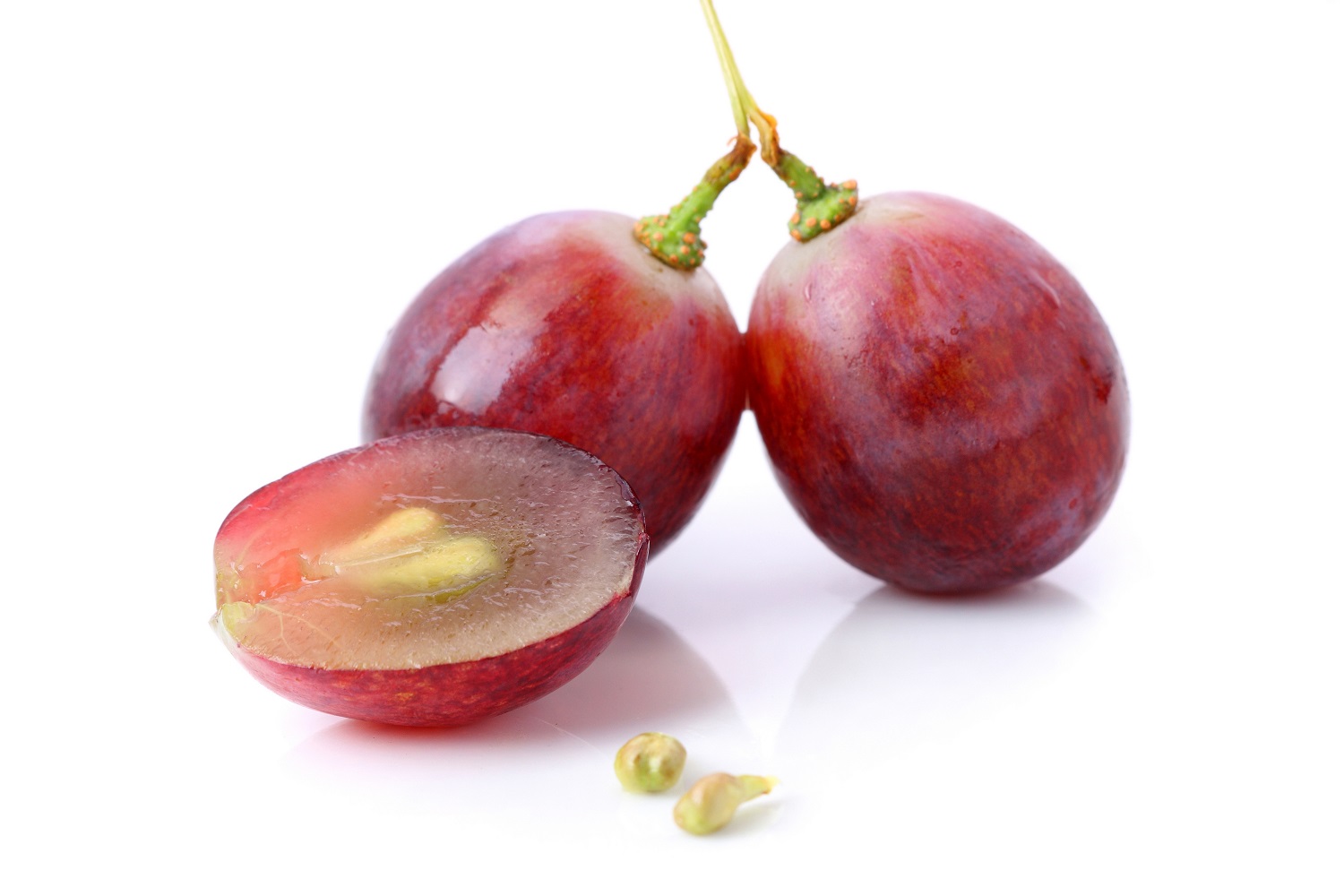 “Grapes are my go-to ingredient for color, hydration, and nutrition. As a snack or recipe ingredient, grapes are an easy, healthy choice for wellness," Patricia Bannan, MS, RDN, author of “From Burnout to Balance.” 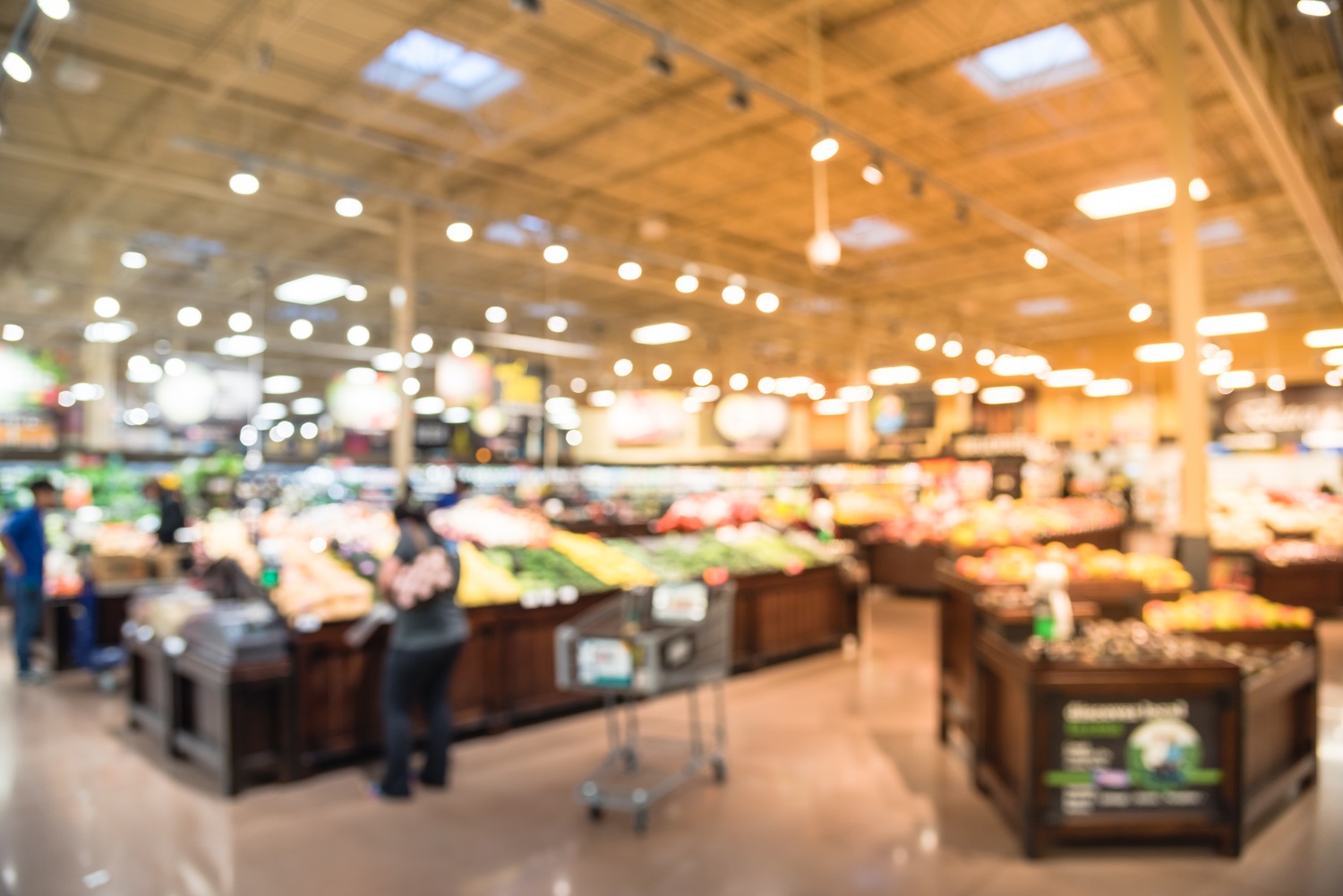 The high rate of inflation has become a major talking point over the last few months. The Grape Reporter spoke with two experts from the U.S. and the U.K. to get their views on how this could impact table grape sales in two of the world's biggest markets.