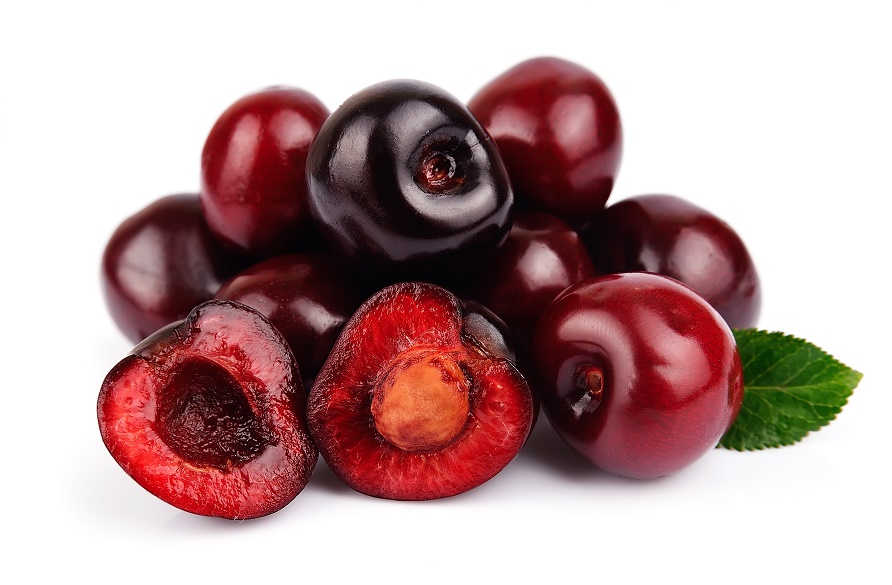 New research reveals fruit and vegetables packed with flavonoids - like berries, cherries and grapes - have the greatest effect in reducing weight.

According to the study by Harvard University and the U.K’s University of East Anglia (UEA), eating fruit and vegetables with high levels of flavonoids could help maintain a healthy weight and even led to weight loss.

Researchers examined the association between the dietary intake of all flavonoids and weight change in a large-scale study, involving 124,086 men and women across the U.S. where data was collected over a 24-year period.

Professor Aedin Cassidy, from UEA’s Norwich Medical School says this is the first study of its kind to look at the association between consumption of flavonoids and weight gain in middle-aged and older adults.

"Dietary flavonoids are natural compounds found in fruit and vegetables," she says.

"Most adults gain weight as they age and even small increases in weight can have a substantial impact on risk of high blood pressure, developing heart disease, cancer or diabetes, so strategies to help individuals maintain a healthy weight in middle age are needed.

"We found an increased consumption of most flavonoids were associated with weight maintenance, and even modest weight loss. The results were found to be consistent across men and women, and different ages."

The research team tracked participants who were part of the long-term study. Changes in weight were reported through a questionnaire every two years, between 1986 and 2011. In addition, participants also self-reported their diet, lifestyle habits and other recently diagnosed diseases every four years.

The study was published in the BMJ earlier this week.

"However losing even small amounts of weight, or preventing weight gain, can improve health and these modest effects were seen with a small, readily achievable increase in intake of many of these fruits.

"Just a single portion of some of these fruits per day would have an important impact on health at a population level.

"The greatest association was found for anthocyanins, which are found in blueberries, strawberries, cherries, blackberries, grapes, radishes and blackcurrants."

The study adjusted for a range of dietary and lifestyle factors such as smoking and physical activity.

The research team hope that choosing flavonoid-rich fruit and vegetables could help people shed up to one or two pounds.

"People tend to put on weight as they get older. But we found that people who ate a few portions of flavonoid-rich fruits and vegetables a week maintained a healthy weight, and even lost a little.

"We hope that the results will help refine previous dietary recommendations and provide guidance on which specific fruits and vegetable to choose for preventing obesity and its potential consequences.