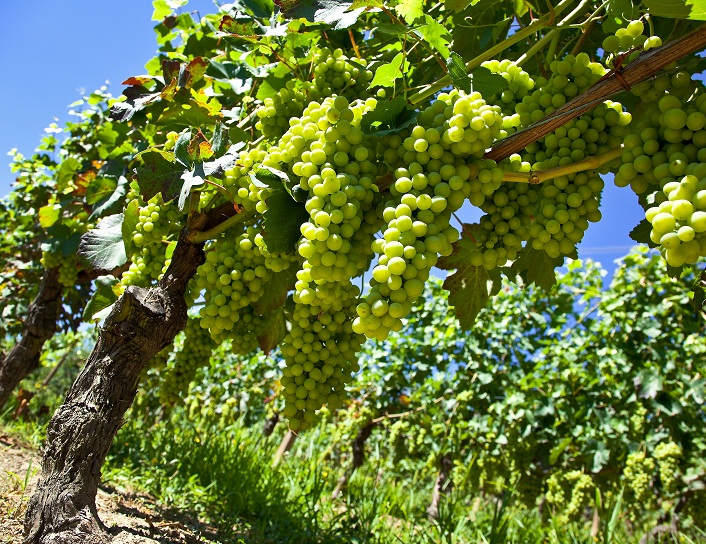 The California table grape season is said to have been progressing well so far this year as growers in the Central Valley get their harvests underway. 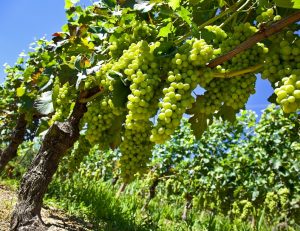 The stonefruit industry is also experiencing a strong season, in part due to frosts in the southeast of the country earlier in the year that affected volumes.

"In terms of production we're just phasing into the Central Valley portion of the table grape season," LeMay said.

"What we were told by some of our growers was [last] Monday and Tuesday were the first days that they had harvest crews out in the Arvin- Bakersfield region for harvest, which means that the desert portion of the season in the Coachella Valley has begun to phase out."

He said there had been a "healthy" start to the campaign which showed no signs of abating.

"Sets are looking good for the Central Valley and I think they're really looking at a promising table grape season this year...they'll work the vineyards all the way through Thanksgiving," he said

"The seasons look good and the quality’s there."

LeMay also said the market had been a positive this year.

"Domestic demand for U.S table grape is still very strong, and the market continues to grow," he said.

He anticipated total volumes from the state would end on par with last year's levels. 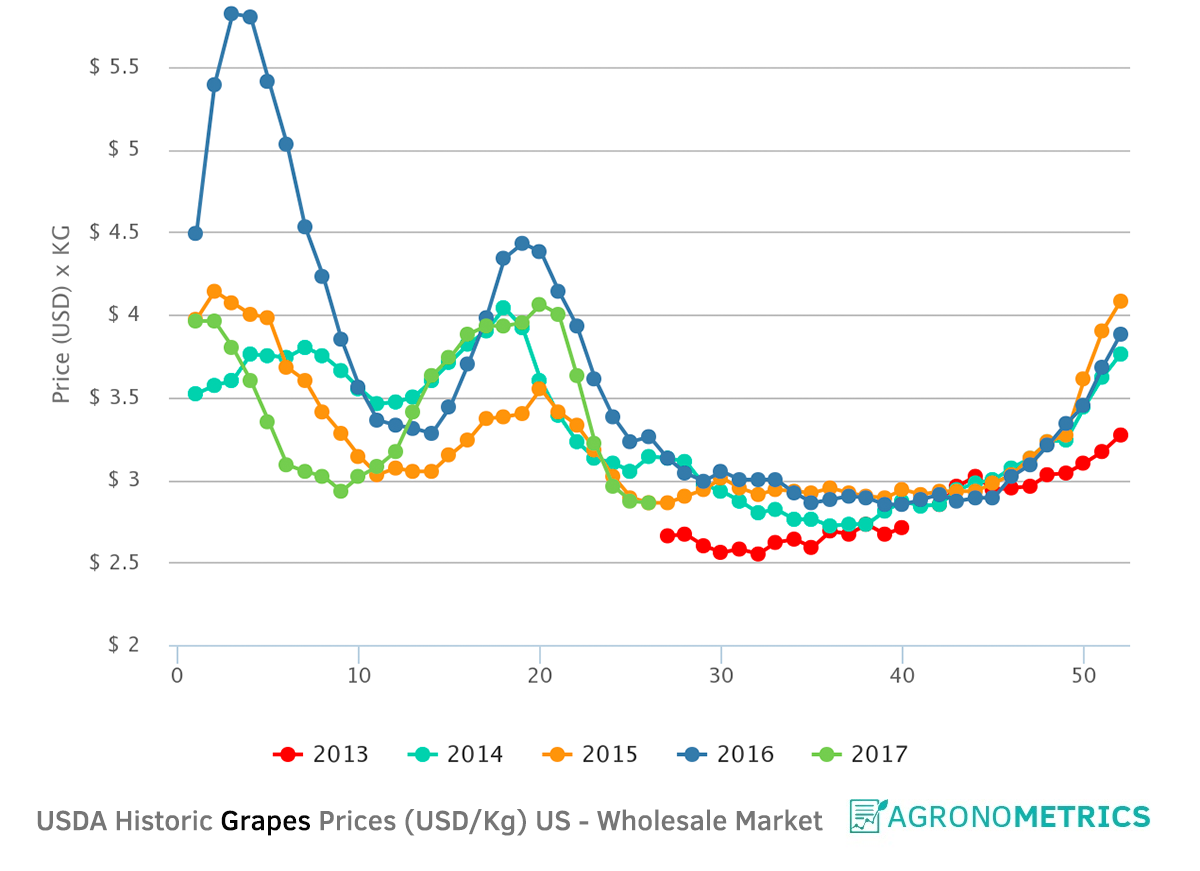 The picture for state's stonefruit crops is also rosy, with the industry in general experiencing enjoying high demand.

Severe frosts hit southeastern states including Georgia and South Carolina in mid-March this year and significantly cut volumes of certain crops, with peaches and blueberries among the most heavily affected.

Georgia Peach Council president Duke Lane recently said he anticipated the  shortest crop in decades from the U.S.'s third most productive state, where volumes look set to end up around 80% lower than last year.

"Obviously demand has picked up a bit as the southeast portion of the United States had some freeze issues and had some crop loss, and so commodities such as peaches have seen higher demand in the market this year," LeMay said.

"The California supply is looking good, the weather has been relatively good for us, we did have a bit of a heatwave a week ago but temperatures have mellowed out into a more normal area and we’ve again seen a good crop set in all four categories of stonefruit.

"Domestic demand has been very healthy and we’re seeing consistent demand in our international markets overall, so overall our California growers have been very pleased with the season thus far."

All four stonefruit categories are still being harvest in California, he said.

Rains give a "leg up"

California experienced one of its wettest winters in years over 2016-17, which LeMay said meant growers were able to irrigate in a more regular manner over recent months.

"I would say that we’re back into what we’d call a normal functioning year in terms of our irrigation cycles throughout the spring and winter  which obviously led to a healthier trees and has given us a nice crop this year.

"So after four long years of drought and having to manage through those situations, to be able to have an abundant amount of water is a good first step forward for the 2017 season here."

He emphasized, however, that more rain would be needed over the coming years.

"We’re only one good water year in," he said.

"We hope that Mother Nature delivers another wet winter this year and that we continue to make improvements in our water infrastructure here in California so that we can supply consistent amounts of water, but we always have to be planning for the next year which could bring potential drought, and our growers are prepared to deal with that.

"I guess we’re not overconfident in it, we have to prepare for all scenarios, but we’re thankful for this past one. It definitely gave us a leg up headed into the season." 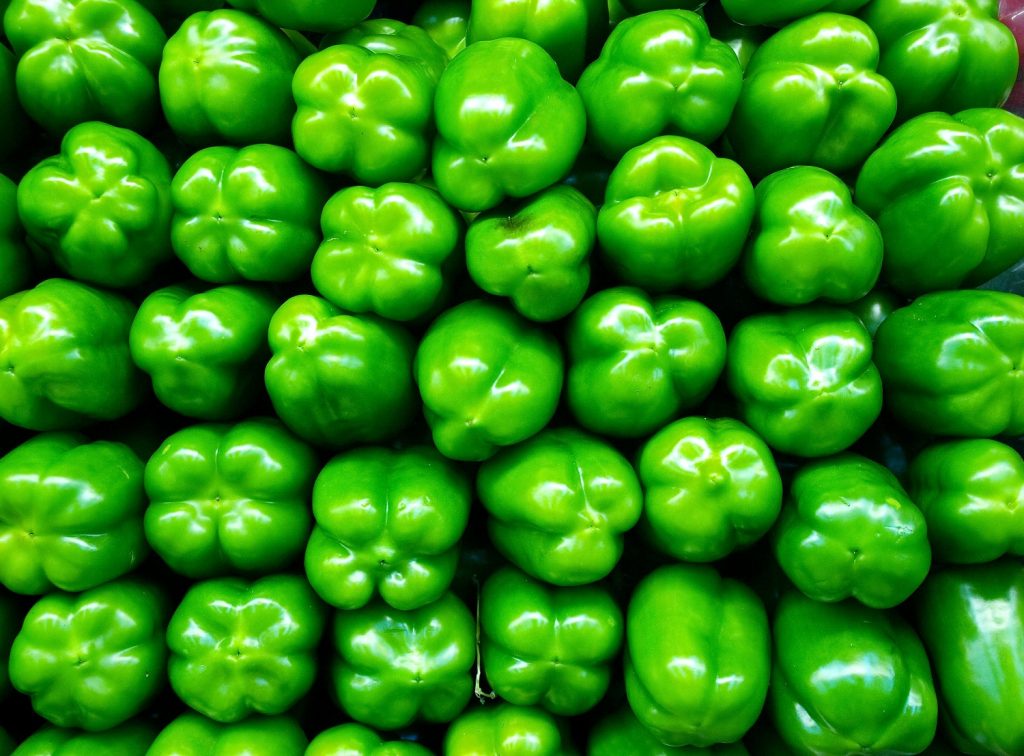