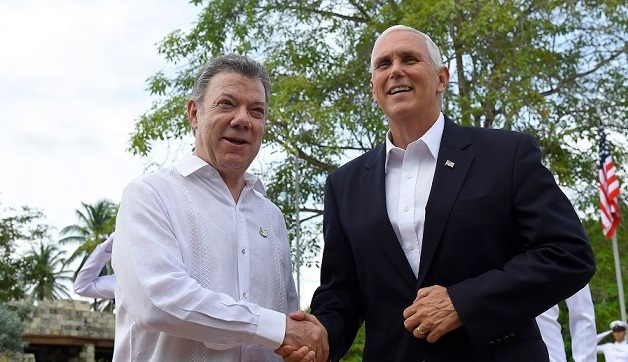 Update: The U.S. Animal and Plant Health Inspection Service (APHIS) has made a posting on the Federal Register about the issue, and the final rule is expected to be published on August 15.

While U.S. Vice President Mike Pence's visit to Colombia has mostly been focused on addressing the crisis gripping Venezuela, the trip has also brought some positive news for the country's agricultural sector.

In an announcement today from the Caribbean coastal city of Cartagena de Indias, Pence told reporters Colombian Hass avocados would finally be granted access to the U.S. market. 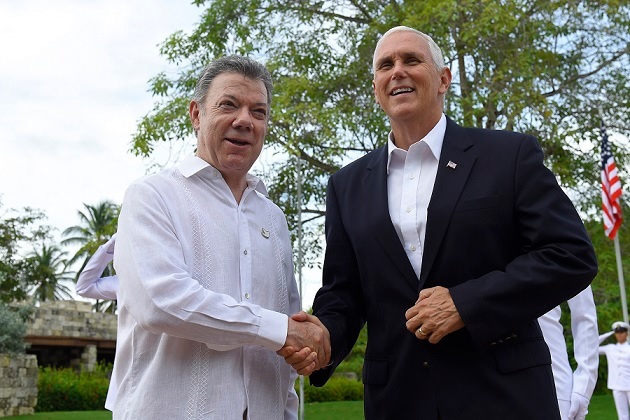 The Colombian Ministry of Commerce, Industry and Tourism (MINCIT) published a release detailing the announcement and the response from the South American country's government and industry.

"Today I announce to you that the United States has reached an agreement so that Hass avocados from Colombia can enter the United States market. I want to congratulate you President (Juan Manuel) Santos and your Government," Pence was quoted as saying.

MINCIT highlighted the arrangement could help the Colombian avocado industry double its exports of the fruit, which between January and June this year reached US$25.2 million, representing a 35% increase year-on-year.

In volume terms the country shipped 13,556 metric tons (MT) of the fruit, while for the 2016 calendar year 18,200MT were exported with a value of US$35 million and the majority going to the European market.

"The United States is a market with a lot of potential which in 2016 imported almost US$2 billion. Almost 90% is bought from Mexico. So it's an opportunity that is opening for Colombian producers," said Colombia's Minister of Commerce, Industry and Trade, María Claudia Lacouture.

"Colombia has proposed being a recognized player in fresh avocados on the global stage, for the continuity and stability of supply and a competitive price, introducing itself as well in the international processed market, generating quality employment and sustainable rural development," she added.

The Colombian Agricultural Institute (ICA) has 744 registered Hass avocado production sites in the country, covering 5,780 hectares. But in terms of the total planted area, it is expected the figure is more like 13,500 hectares.

With closer proximity and the ability to sell in a much bigger market, Colombian growers responded positively to the news.

"Europe is just half the size of the United States market, so the opening of this recent destination implies that exports could double. We should have a great sense of responsibility to produce and sell to high quality standards, to protect the good image of this product," said Jorge Alberto Uribe of Fruty Green.

"Admissibility in the United States is the best promotional support given to the industry. It is the market with the greatest and fastest access for fresh Hass avocados," said Pedro Aguilar, president Westsole Fruit Colombia, a tie-up between two leading global avocado companies - Westfalia from South Africa and Subsole from Chile.

"In a relatively short space of time, this will represent growth in this sector," Aguilar added.

Juliana Flórez of Agua Hass welcomed the news, but emphasized she would continue to focus on the European market as that's where her company's loyal customers were.

"The news is very interesting and impactful. I see that there are other possibilities for new farmers – there will be more plantings, greater investment and it could create more employment," she said.