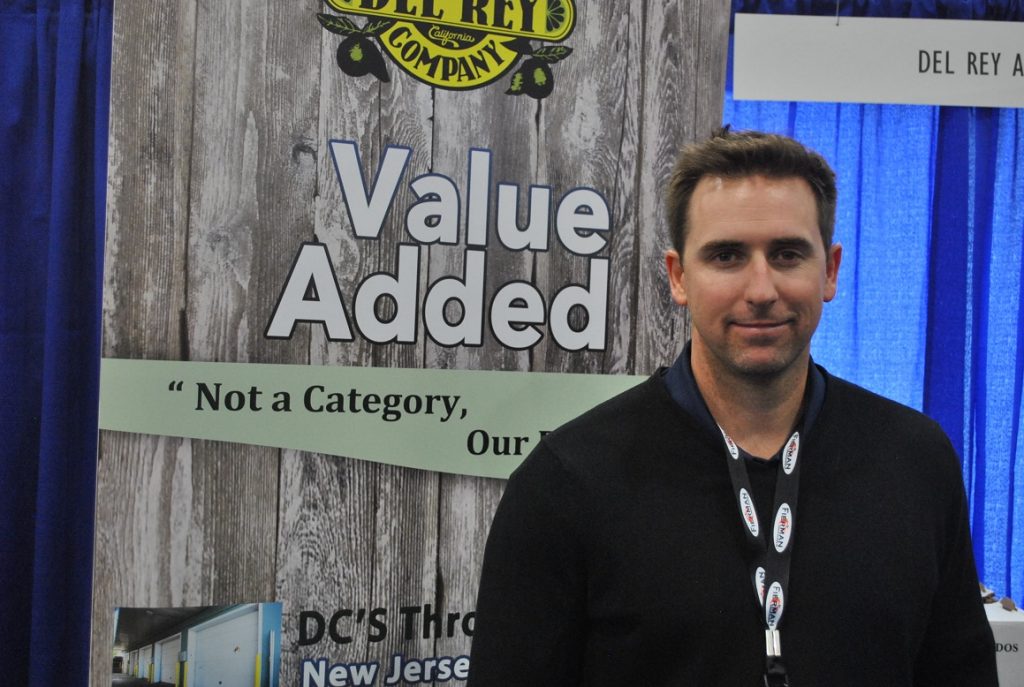 A large supply of avocados could soon be available on the U.S. market, which according to a Del Rey Avocado representative has been characterized by instability over the last 18 months.

"If you go by crop estimates from both California and Mexico, as well as Peru, there should be a ton of avocado around in the U.S. market," Donny Lucy, vice president for the East Coast, told Fresh Fruit Portal at last week's New York Produce Show and Conference.

"In theory that's how all the numbers line up, but what we’ve kind of learned over the last couple of years is that you can have all the data and do all the forecasting you want but it doesn’t always ring true.

"The avocado market has just been really unpredictable and forecasting has been challenging."

Last season California saw a sharp year-on-year reduction in avocado volumes, which were cut roughly by half to around 200 million pounds, but Lucy said the industry was expecting a larger crop for the approaching season.

"Early estimates are 400 million pounds of avocados," he said.

"Now there’s been some recent fires and winds, so that estimate may come down, we’re not sure how much, but it should be a good year none the less.

"Harvesting will start in January, with small volumes, and will increase through February and then usually by March we’re in full production in California and we’ll run until September and trickle into October."

Severe wildfires in the state over recent weeks have damaged fruit crops including citrus and avocados. California Avocado Commission president Tom Bellamore said earlier this month hundreds of acres have been damaged, potentially even in excess of a thosuand acres.

Lucy said a farm belonging to Del Rey covering around 10 acres in Bonsall, California had been affected.

"It looks like maybe two-thirds of the ranch is lost, but we do about 300 acres of our own farms and so it was one of the smaller ones that got damaged," he said.

The representative said it was hard to speculate at this point in time what the market conditions may be over the coming months.

"We know we can move a lot of avocados at a certain price range," he said.

"And there are other options - the worldwide demand is up so if you look at the U.S. market in April, May and June and pricing is not where the Peruvian growers want it they’ll send their fruit to Asia, elsewhere in South America or Europe."

Lucy also explained that U.S. avocado market has been fairly unstable over the last year and a half, in large part due to supply issues from Mexico.

"Mexico's the largest supplier of avocados into the U.S. and when they run into production issues or political issues that affect production, the U.S. market is greatly affected," he said.

"It's been up and down - too much fruit, not enough fruit. For the last 18 months we haven’t really been able to find our real comfort zone over a long period of time."

He added that the volatile supply situation from Mexico had led the company to diversify its production and sourcing as much as possible.

"For us we try to diversify as much as possible. That’s a stance we’ve taken as a company and I think it’s worked well for us. It’s not perfect because Mexico’s such a big chunk of the industry, but it’s worked well."

Del Rey owns farms in California and Peru, and markets fruit from third-party growers in Mexico and Chile.