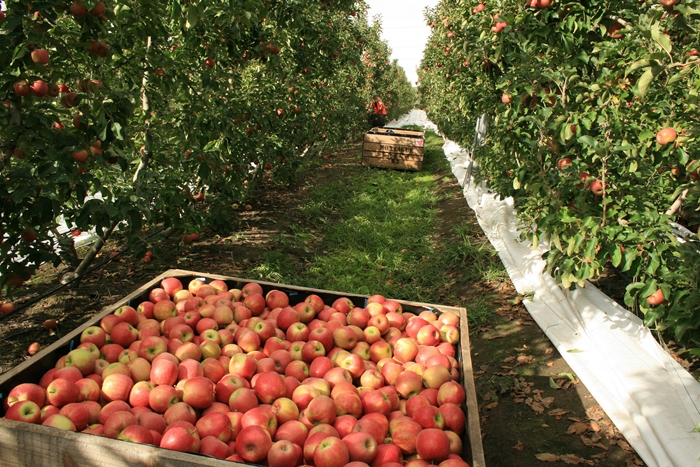 The 2018 Australian apple and pear crop is set to be up 3% year-on-year but Class 1 apple production is forecast to fall by 7%, according to the annual estimate released this week.

Apple production for 2018 is forecast to be 296,941MT, down by just under 1%. While the gross volume is fairly steady, the Class 1 packout is expected to be significantly down in volume by 7%.

"The 2018 season has served as a harsh reminder to many growers as to how significant the risks are with fruit growing. While some regions are expected to perform well, for other regions, significant hail events have made this a season growers would probably rather forget," APAL said.

"The significant change in class 1 apple packouts is largely attributable to hail affecting the Adelaide Hills region in South Australia in late October, where 95pc of the region’s area was affected, and an estimated 70pc of the crop impacted to some degree.

"While the losses are quite severe, of this 70pc affected it is believed almost half could be salvageable and go into either class 1 or class 2 specifications depending on what finally gets picked and packed, and also on whether retailers allow levels of tolerance for damaged fruit."

Many other regions like the Goulburn Valley, Southern Victoria, Batlow, Queensland and Tasmania all experienced some hail but these were not regarded significantly above the norm in determining the estimate overall, it said.

While hail will have an impact on the 2018 result it is also the combination of variety mix changes and various regional trends which have greatly contributed to this forecast.

Although production levels are relatively consistent, closer examination of the data reveals some profound trends and competing factors that indicate Australia’s apple and pear industry is undergoing some substantial changes.

While variety Cripps Pink continued to dominate the national apple crop, accounting for just over a third of production, estimates by variety show a rise in managed apple varieties continues. The volume of “other apple inc. club varieties” rose 28% to 31,075MT, accounting for 10% of apple production, up from 8% last year.

The once popular Cripps Red (marketed as Sundowner™) has continued to fall out of favor with Australian retailers and continues to be removed from orchards. Production is forecast to be just 3,856MT in 2018, down 77% from the 16,604MT produced in 2015. Golden Delicious and Red Delicious are also on decline but at slower rates than is currently occurring with Cripps Red.

The steady demise of Cripps Red, Golden Delicious and Red Delicious is largely making way for new varieties often marketed as club varieties. Due to limited data being available the crop estimate report refers collectively to these as 'Other Apples' which is largely referring to club apples like Jazz, Kanzi, Bravo, Envy, Modi, Smitten and Rockit.