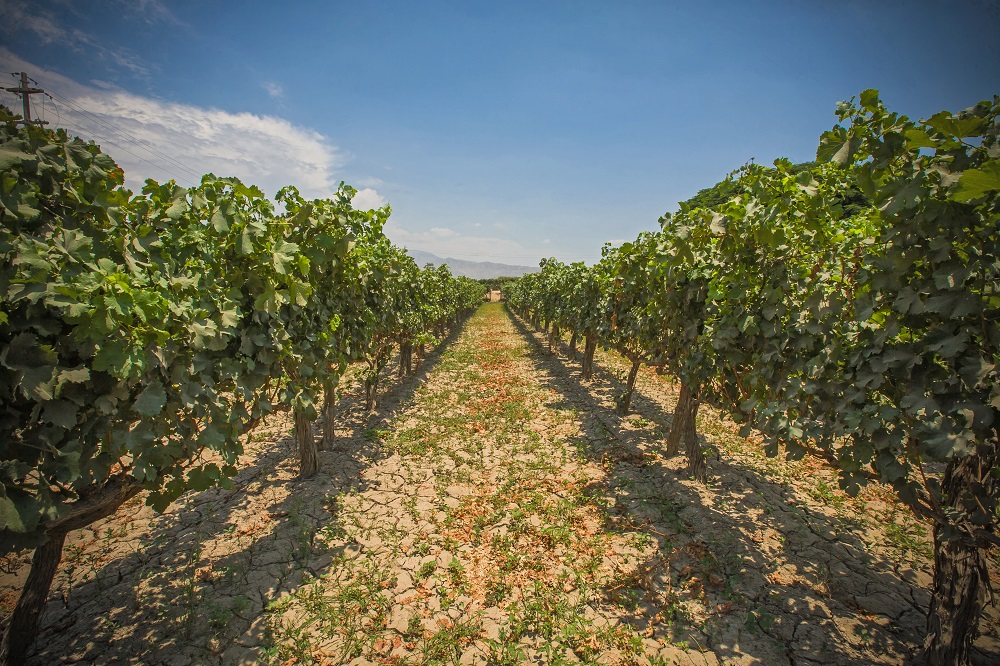 The rise of Peru’s table grape supplies has been steady and dramatic as its growers turn to new varieties and lean in as a world class supplier of the commodity. As the country last season nipped the heels of Chile as the world’s second-largest grape exporter and forecasts a record crop for the 2021-22 season, the logistical labyrinth and market conditions could not be more complex.

The Grape Reporter spoke with a number of Peruvian exporters to get their insight into the upcoming campaign and assess the challenges it faces both abroad and at home.

The Peruvian Table Grape Growers’ Association (Provid) recently announced that table grape exports this season are expected to hit a new record and surpass 62 million boxes. When compared to the past 2020-21 season, exports are expected to grow 9% reaching a total of 62.57 million boxes or 28,971 containers by the end of the season.

More supplies in the market without a matching increase in demand will inevitably lead to lower prices, and this comes just at a time where growing logistical costs, related to Covid, a scarcity of labor and the fact that despite advances, the pandemic is simply not over yet.

Juan Carlos Paredes, general manager of grape company Agricola Pampa Baja, told the Grape Reporter that he also believes that this upcoming season “will be a difficult one”.

Whether it is the cost of materials, labor, international freight or the availability of containers, consumers are not necessarily prepared to take on the additional costs that these matters create, and demand has not grown to absorb increased production.

Looking forward, the executive says he expects USD$2-4 more per box in terms of additional costs.

“As growers we must be conscious of this and press our receivers to pass on this cost to the end consumer,” Paredes said.

This is especially true for those with a significant market share, retailers such as WalMart, CostCo, among others, Paredes said, if not, this season would prove to be a very complicated one for growers.

While this trend has also been intensified by Covid-19, the returns from exports have been shrinking over time.

Around the world, logistics are one of the biggest concerns, both in Peru and in its primary receiving markets. Growers that we spoke with reported delays of anywhere from 15 days to 45 days on the US west coast over the last season.

The director of Allegría Foods, Cristóbal Ortiz, told The Grape Reporter that the average delay was around 15 days last season, in addition to the time required to process, pack and ship the fruit internationally.

Since this bottleneck present in the prior season is still without a solution, all indications suggest that it's an issue which will continue to dog international trade in general into the near foreseeable future.

Last year the East coast did not have this level of problems, but this season could see delays of two to five days. While this is still not a large issue, Ortiz said that any delays that could occur during the season at this port would generate even greater problems than the West Coast, as it receives more containers and fruit volumes.

If there is a bit of good news, Ortiz said that while the overall demand for grapes might not have grown, there is still much consumption that was lost in 2020 that can be regained in 2021. This applies specifically to the food service sector, as cafeterias and school lunches have been running more fluidly, helping to push consumption overall in the U.S.

For Arturo Hoffmann, commercial manager of Agricola Don Ricardo, table grapes are a staple, the fourth most popular fruit and vegetable. The challenge for him is not to grow the position of grapes, but instead protect its position and not let it slide. After all, grapes are competing with other fruits. New apple varieties and “incredible berry options”.

“There is an utmost importance to remember as an industry, that our responsibility for the fruit continues through until it is taken home by the consumer,” he said.

The markets require planning, and with Peru’s harvest volume, coordination with the end markets is essential. This produces greater stability, and greater price stability.

At home, Peru has also experienced labor shortages, a recurring trend in most agricultural nationals. According to Ortiz, this shortage had already been developing ahead of the Covid pandemic, but workers could still be sourced for their harvest. However, the pandemic has intensified this, making sourcing the right balance of workers at the right time a permanent, costly and full time task for growers to manage.

A July 2021 report from Rabobank “Setting the Table for Table Grapes: Trends Shaping the Industry in 2021/22 and Beyond” highlighted the role of Peru in the global supply of grapes over the years. Despite a drop in supply from Chile, Peru has been able to drive growth in grape exports, thus bolstering the position of the Southern Hemisphere as an off-season supplier.

Past its historic rise, the report also predicted that Peru would overtake Chile as the leading exporter of table grapes in coming seasons.

Over the last decade, this rise has been unfaltering. According to data from Provid, over the last 10 years Peru’s compound Annual Growth Rate (CAGR) of table grape exports sits at 16%.

Peru has two main growing regions, divided into north and south. It's the southern region, which includes the Ica valley, that is projected to grow the most, reaching 32.98 million boxes or 13% more year-on-year.

Provid director Jose Antonio Castro Echecopar told The Grape Reporter that there are currently around 20,000 hectares of table grape planted in Peru, which means the country's production could reach a peak of 75 million boxes of 8.2kg. If exports grew to this level over the next three years, it would amount to a 9% year-over-year growth rate in that period.

Therefore, Provid said that an important role for the organization and the country’s phytosanitary regulator Senasa is to open new markets for Peruvian grapes. Past its current focus on the US, China, Mexico, Canada and Europe; authorities recently have opened the door to exports to Argentina, and expects Japan to also be in line to receive Peruvian table grapes this upcoming season. Furthermore, authorities want to avoid oversupply in peak weeks by opening new channels and markets and the height of the season.

Outside of the Americas, China remains an important target for Peru, receiving 11% of the export harvest, which last year totaled 6.6 million boxes. For the upcoming season, authorities estimate that up to 7.5 million boxes could be shipped to China, depending on logistical conditions. 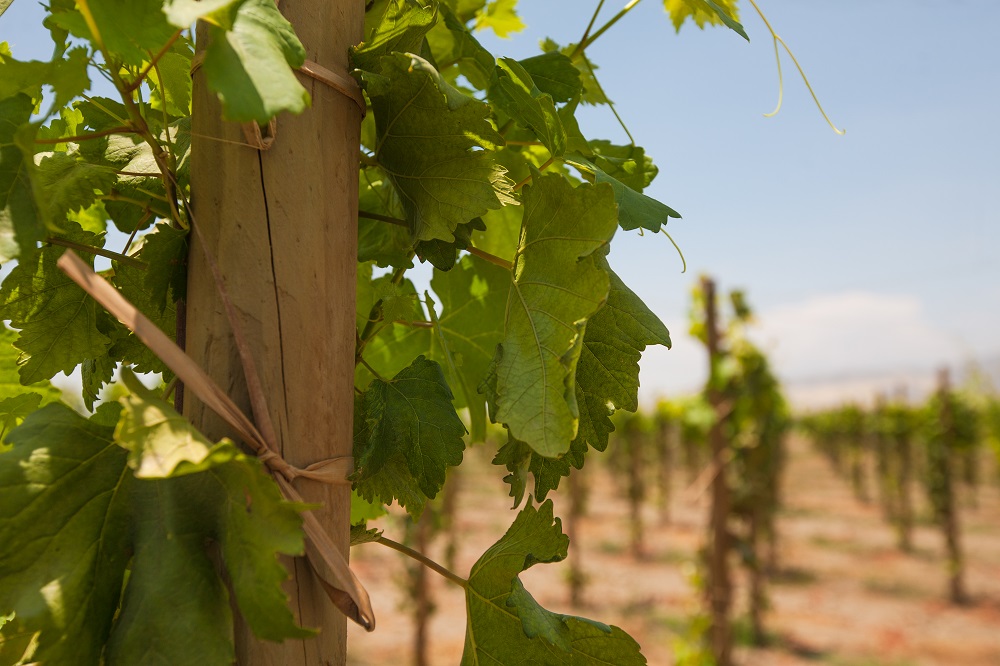 “In table grapes, you cannot speak just about grape as one product, you have to separate them by variety. Each variety has a different approach, market, and channel,” said Hoffmann.

Red Globe has been a staple of Peru’s offer, but that too has shifted. The 10-year CAGR for the variety is 6%, while seedless varieties, which surpassed Red Globe shipments in the 2017-18 season, have grown at a CAGR of 28%.

Peru’s season has also shifted, consolidating a stronger position among Southern Hemisphere grape exporters through week 49, and extending its position into week 9 of the following year. This growth has made Peru a greater competitor against the end of the season for the production zones in the Northern Hemisphere, as well as a strong competitor for Chile, Namibia and South Africa in the early and mid part of their seasons.

New, patented varieties represented 19% of its production in 2017, but today in 2021 these varieties account for 87% of its total harvest. In total the company works with 20 seedless grape varieties, coming from the 3 main breeding programs.

Peru has carved out a place for itself filling trade windows in the supply of the grapes, but Hoffman believes that these windows are now essentially shut and that the power of these varieties as a differentiator has also waned as more producers plant them around the world, so the challenge now is to consolidate as a reliable country of origin, which adds value to the markets.

Once the staple of the industry, projections from Provid for Red Globe estimate a 13% drop in volumes shipped in the upcoming season. Instead, white seedless varieties are expected to grow by 26%, red seedless by 11% and black seedless by 29%.

At the producer level, the success of growing different varieties can vary widely, even from one plot to another within the same region. “Unfortunately, there is not a formula for success”, Hoffmann said, saying that experimentation and market data is key.

According to Ortiz of Allegría Foods, Peru’s grape industry structure gives it a certain advantage. Most players are both growers and exporters, while in comparison in Chile, exporters are the ones with the fruit licenses. This means that Peru has been more agile in embracing new varieties that addressed specific market windows between harvests. This crop conversion puts Peru in a great position to cash in on interest for new flavors from consumers in different regions.

Furthermore, Peru’s climate conditions allow a grower to commercialize a new variety in as soon as 13-14 months, making crop conversion a nimbler tool for growers to utilize.

But more than specific policies or decisions, it's the overall climate and how the polarization of the role is affecting investment that is a concern.  For Agro Pampa’s Paredes, it's not specific errors that are a concern at this point, but a lack of direction and decisions, which Paredes says has investment in Peru all tied up for now.

The growers’ association Provid is also concerned about the potential for a populist agenda to increase the already high level of uncertainty, especially when they are implemented without any sort of technical or economic rationale. According to Provid’s Castro, agricultural exports are a long-term business, where you already have factors like climate that bring instability to the business.

“As an industry we compete with many origins and products in every market. The grower lives by looking for efficiency to be internationally competitive, and the state must support this with clear and sustainable policies over time,” Castro said.