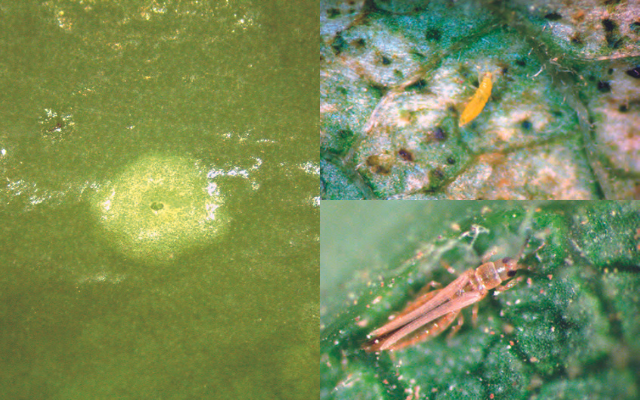 The content of this article was prepared by Claudio Salas F. / INIA Intihuasi for www.inia.cl and has been revised and republished by FreshFruitPortal.com.

About 50 host species are mentioned among fruit trees, crops, flowers and weeds.

Its presence in Chile is reported between the regions of Coquimbo and Maule.

In table grapes, this pest is especially difficult during flowering, when high populations of the insect can colonize flower clusters and damage the fruits from their fruit set.

Both adults and nymphs feed mainly on pollen, but scrape the tissues to feed, leaving a scar called "russet" on the fruits. However, the most significant damage occurs when the females insert their eggs into the tissue of the developing berries, causing a white halo that persists until harvest (Photo 1).

The scars produced by feeding, laying of eggs and emergence of thrips larvae also favor fungi growth that creates rot. 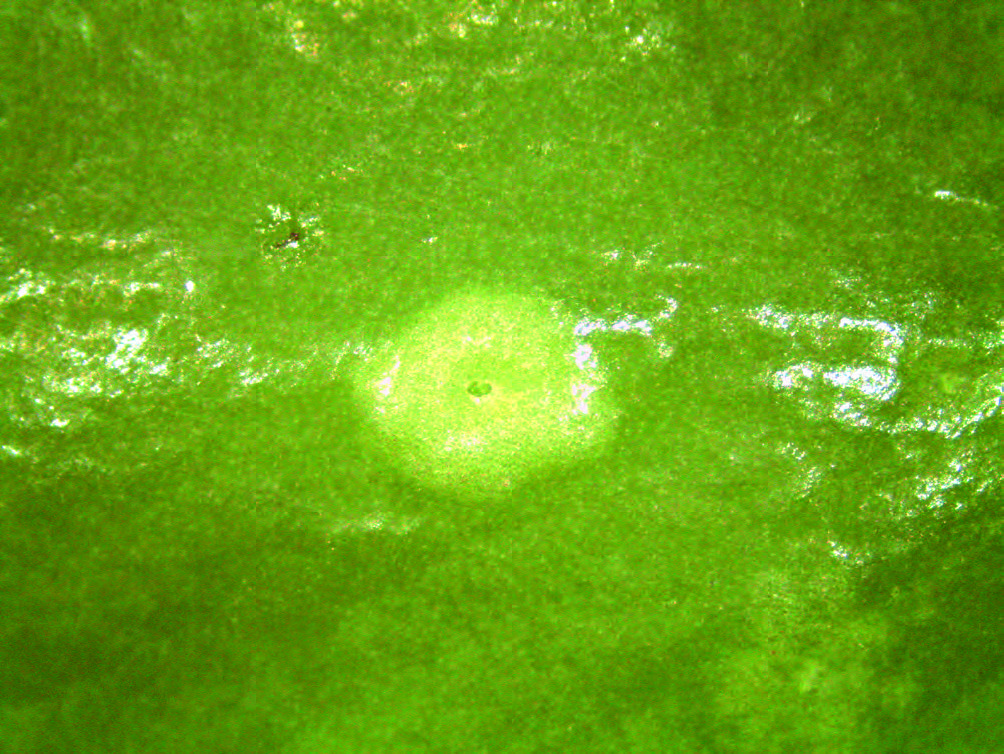 Description and cycle of thrips on California grapevines

Adult females (Photo 2.A) measure 1.2 to 1.4 mm and males 0.9 to 1.2 mm. They have a delicate appearance, with an elongated body and two pairs of wings, with fine extensions like fringes as well as antennas with eight parts.

Summer females of this species are characterized by an orange-brown coloration of the thorax, red eyes and orange ocelli. Winter females are dark brown in color, with the prothorax and head lighter than the abdomen. Nymphs (Photo 2.B) do not have wings and are yellow in color.

The California thrips reproduce sexually and by parthenogenesis or the spontaneous development of an embryo from an unfertilized egg cell. Females deposit or embed the eggs with the help of their ovipositor, in the epidermis of fruits, flowers, peduncles or tender tissues. The pre-pupal and pupal stages develop between the organic litter or in the soil at shallow depth. 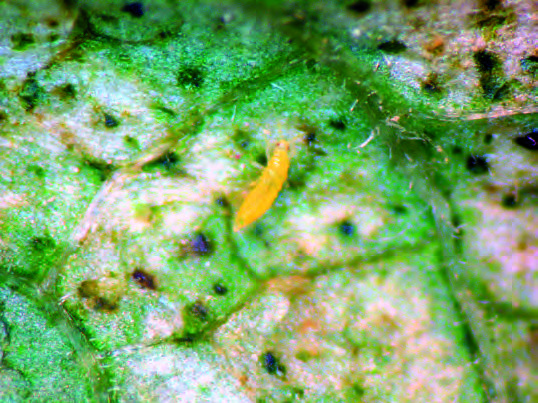 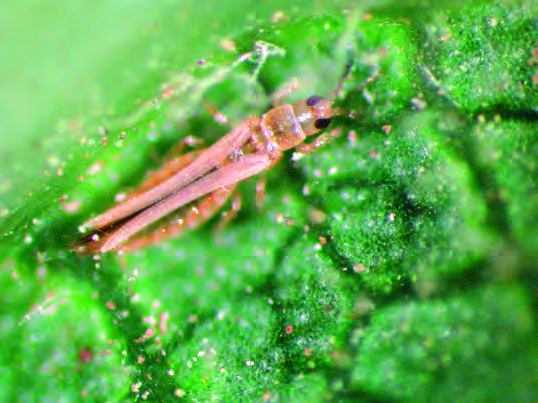 Management of the thrips pest on California grapevines

Monitoring: Monitoring for this pest should start from the beginning of the vine's flowering. Before doing so, it is advisable to monitor other host plants that are nearby or in the vineyard, such as weeds, ornamentals, etc. Its presence there contributes to determining the infestation potential of the bunches at the time of flowering.

Biological Control: Among the predators are species of the order Hemiptera, which includes the family Anthocoridae, represented by the genus Orius. The presence in the country of the parasitoid nymph Ceranisus menes (Hymenoptera: Eulophidae) is also mentioned.

Chemical Control: When the economic damage threshold of three thrips per bunch is exceeded, the pest must be controlled. No more than one or two chemical applications are required to keep the population below these levels during the flowering period of the vines.

When applying insecticide, there are various aspects to consider in addition to monitoring, one of the most important being the pesticide registration in importing countries and compliance with the maximum residue limit.