U.S.: High and stable prices for California avocados in 2017 - FreshFruitPortal.com

U.S.: High and stable prices for California avocados in 2017 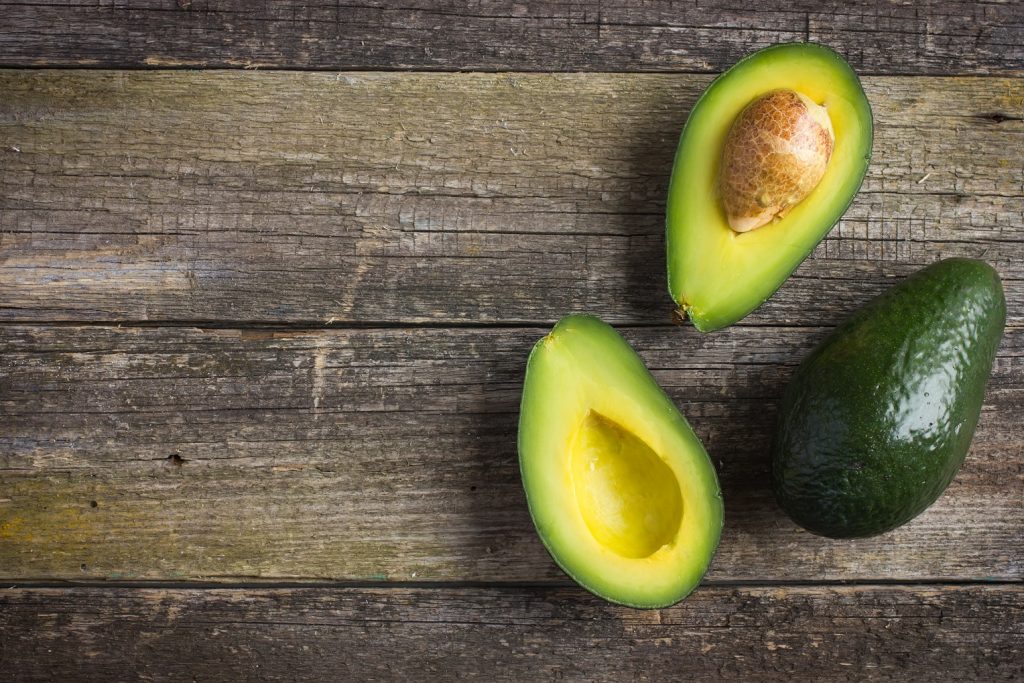 While California's avocado crop will probably be less than half of last year's output, growers have been enjoying a positive season thanks to high demand and less competition with Mexico. Speaking with Fresh Fruit Portal, California Avocado Commission president Tom Bellamore discussed the impacts of winter rains and hopes for a long-awaited Chinese market access agreement.

"Because the crop is smaller, we’ll probably end sooner. I think to date we’ve shipped about 170 million pounds and our projected shipments were around the 200 mark," he said.

"So there's not a great deal of fruit left, but it’s been performing very well and so I think the growers are happy with that."

He explained prices in general over the last few months had been strong and stable for California growers, helping to compensate for the considerable drop in volume.

"If you’re a grower and you have fruit, it’s been performing well and the pricing has been very strong," he said, adding retailers had been pleased with the fruit quality.

"There's also been a fair amount of stability [in the pricing] since we really started harvesting seriously in March.

"You tend to see a lot of volatility in the market, much of it coming because of the variations in the aggregate supply, not necessarily the California supply."

He added it had been a very interesting year with respect to Mexico, whose weekly shipments to the U.S. had been lower year-on-year in general for its main crop which begins in the fall and carries through into spring.

"The main crop which puts fruit in the market which overlaps with California seemed lighter than even they anticipated - that’s what we believe at least - because their shipment levels compared to the prior year are significantly lower, and I think that’s allowed everyone an opportunity to step up and try and meet the demand in the U.S.," he said.

"More often you see volumes coming out of Mexico that are nearly sufficient by themselves to meet the demand in the market - that’s just a tighter market situation for everyone in terms of finding your spot and promoting your fruit." 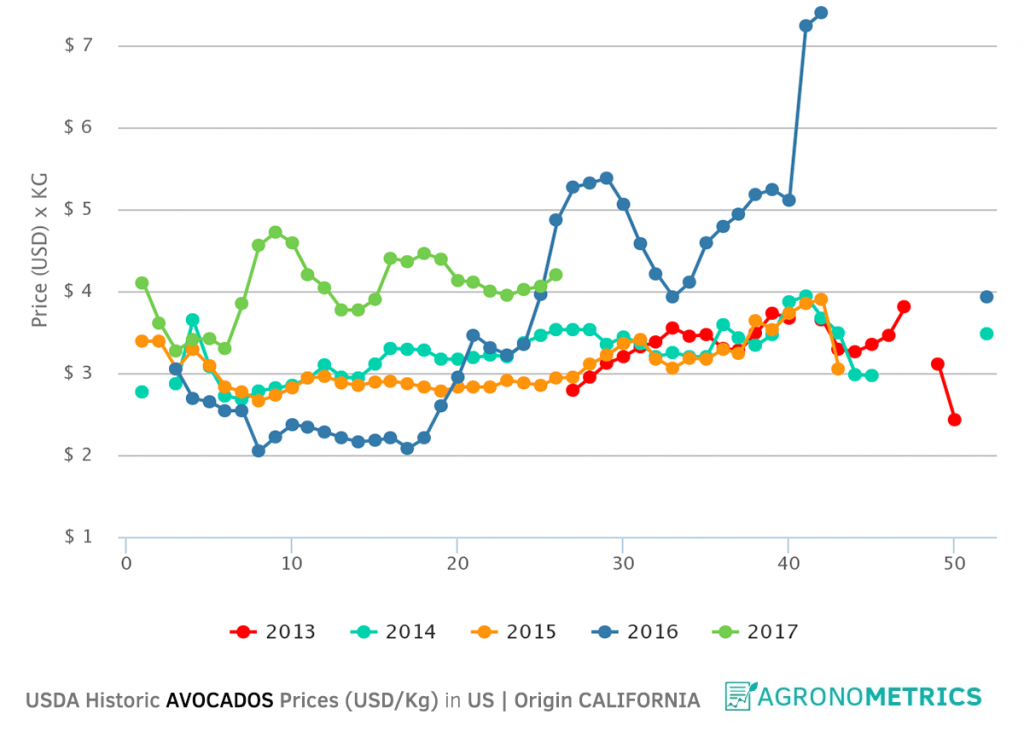 But he believed, even though it may seem counterintuitive for growers, that high Mexican avocado imports to the U.S. market spurred on by the North American Free Trade Agreement (NAFTA) had been positive overall for the California industry.

"As much as we would love to be able to supply the U.S. market with California fruit we’re just a fraction of what the market requests," he said.

"We think that there's a bright future for California avocado sales in the U.S. market and possibly abroad but the reality is that if NAFTA or anything were to severely constrain imported fruit supplies in the U.S., that may not be such a good thing.

"When you start to see shortages at the trade level at retail and food service, those trade customers get nervous and they may not promote the fruit as steadily as they would otherwise...and that’s really not good for long-term sales."

Looking ahead, Bellamore commented that as well as flushing out the salts from the soils while nourishing healthier trees, the rainy California winter may help next year's avocado crop rebound in volume.

"Because of the winter rains last year and just the general tree condition we’re thinking that next year’s crop could be back up again by the same amount or more," he said.

"But all of that remains to be seen and a lot can happen obviously. We've had some hot weather recently and that affects the small fruit that's on the trees for next year."

In addition, he believed the rains had somewhat boosted the industry's confidence in the future and had led to more growers either planting more or improving current orchards.

"In some cases the growers are doing some work in an older orchards and are interspersing young trees with pruned older trees to get a high density configuration to the grove, or in some instances some growers are trying new varieties," he said.

"There's been some growing interest in the variety called the GEM avocado; it’s a Hass-like variety, and we hear of growers who are planting that, for example.

"There is optimism there and I think all of that it is linked to a brighter picture this last year, and fingers crossed that will continue now."

Another cause for optimism for the industry is the potential for it to soon gain long-awaited access to the rapidly growing Chinese market.

The CAC first applied for market access a little over a decade ago, and while Bellamore said progress has been slow, he was hopeful the first companies would be able to export during the next campaign.

"It's been a very slow go but we did see some forward movement over the last couple of years. It’s been encouraging and our understanding is that China is in the process of finalizing their risk assessment for California avocados," he said.

He explained a work plan could then be developed once that was established.

"We were hopeful of seeing that happen this year, but the season is slipping away now so it’s not likely," he said.

But he explained the next scheduled meeting between representatives of the U.S. Department of Agriculture (USDA) and China’s General Administration of Quality Supervision, Inspection and Quarantine (AQSIQ) was due to take place in the Asian country in the fall.

The CAC has been invited to attend to meetings to keep abreast of how discussions are going.

"We hope to be there and to press our case further with the goal of seeing access granted for next season," he said.

"Once the work plan is developed the other step would be for the Chinese to come back to the U.S. and inspect the packing houses that want to ship to China. Hopefully that will happen next spring or sooner."