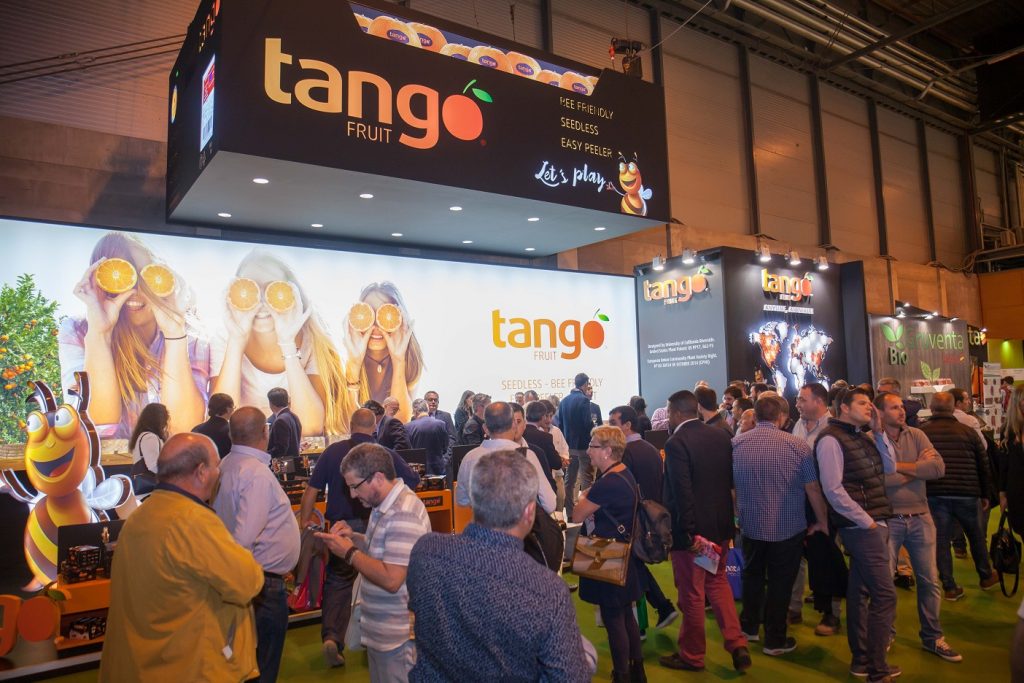 Spanish seed company Eurosemillas says it can now assure an eight-month annual supply of its seedless Tango mandarin variety and is working to provide year-round volumes.

Eurosemilla's stand at the Fruit Attraction trade event in Madrid

The company said since the launch four years ago it is now close to achieving one of its key objectives of making the Tango a global mandarin variety with continual supply from various production regions for the European market.

"This year, exporters who work with this variety managed to cover eight months with major volumes and up to 10 months with lower volumes," the company said.

"And as new orchards enter into production, we plan to be able to cover up to 12 months in the medium-term."

Eurosemillas also said it has continued with its Let's Play promotion, with new formats for its Tango Fruit brand that are better adapted to current consumer habits.

It added the fruit was continuing to fetch high prices and the would soon consolidate its position as a premium and convenient produce item.

This season Spain is anticipating production of 25,000 metric tons (MT), while Turkish production is expected to increase to 2,000MT. These volumes will strengthen its campaign in the European market, it said.

Over recent months some 15,000MT were harvested in the Southern Hemisphere, of which 8,000MT were sold in Europe.