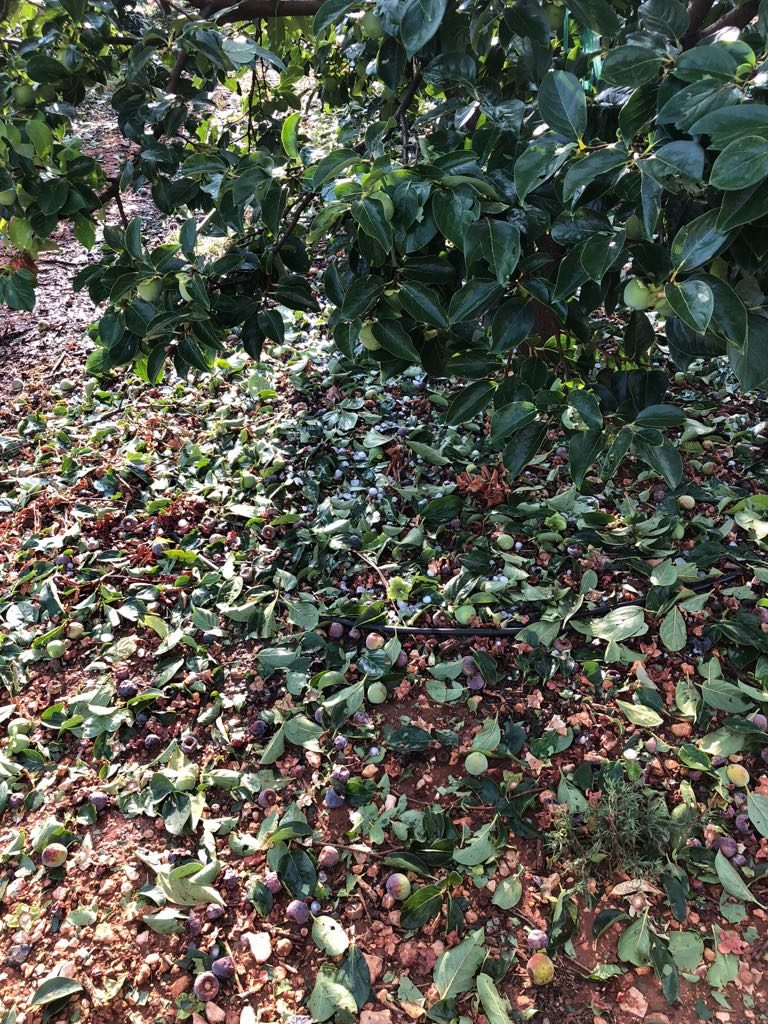 A hailstorm on Wednesday caused significant damage to citrus and persimmon crops in the Spanish region of Valencia, which was hit by more storms just last week.

The estimated losses are US$ 7.6 million (€6.5 million), although that figure is expected to increase in the coming days.

The damaged areas on this occasion were the municipalities of Montesa, Vallada and Canals, according to the Valencian Association of Farmers (AVA-ASAJA).

In some areas, the hail reached the size of golf balls, so the damage to the fruits is considerable, AVA-ASAJA said.

It is estimated that in these sectors the losses range from 80% to 90% of the harvest of the future campaign. In other areas, however, the damage ranges only between 30% and 50% of the production, according to the association.