Present at the launch were dozens of GP&FS attendees, including Mohammad Abu-Ghazaleh, the chairman and CEO of Fresh Del Monte Produce, who was featured on the cover of the first issue. 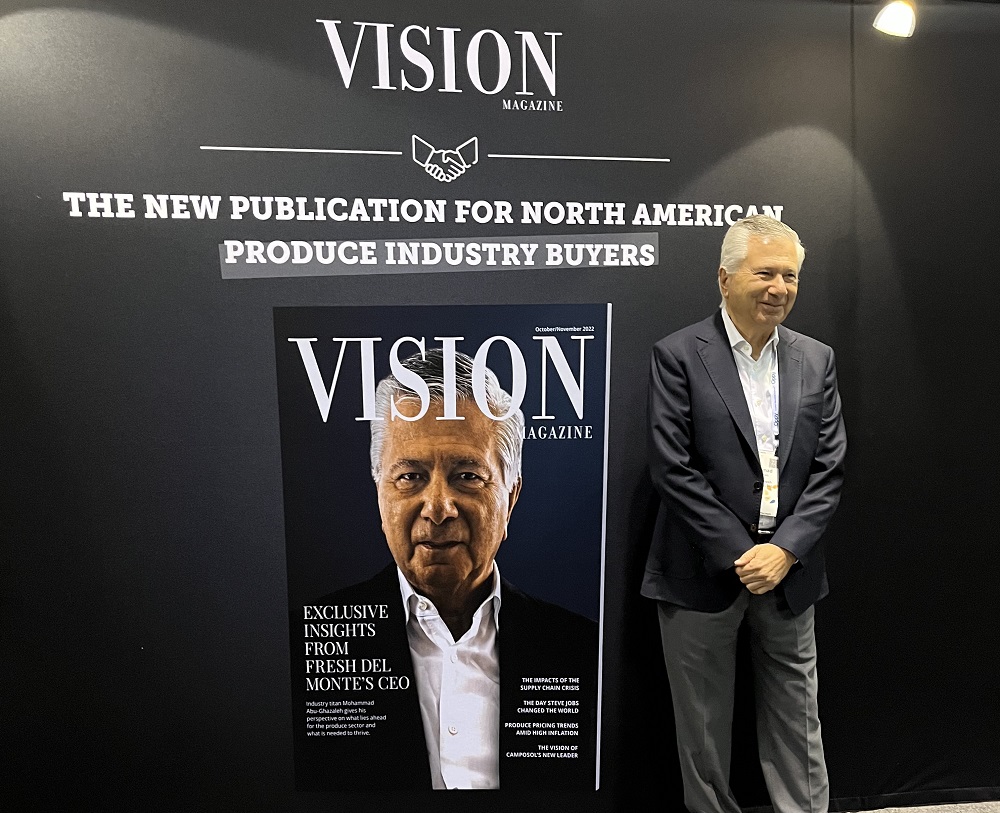 Gustavo Yentzen, publisher of the magazine, said at the launch: "It is a pleasure to be gathered here with friends today to celebrate the launch of Vision Magazine. It was a year ago that the idea for the magazine was born, and it is a delight to be able to have to first issue here to distribute to produce buyers in the U.S. and Canada.

"I would like to thank everyone here for your support, and a special thanks to the Yentzen Group team for bringing this magazine to life. We have no doubt this is the beginning of a very bright future."

Vision Magazine will be distributed six times per year to 3,000 supermarket executives and produce importers in the U.S. and Canada. Each issue will provide industry leaders' visions, long-term analysis of the market, and fascinating stories both from the produce industry and other sectors.

A digital edition and a selection of content will also be published on www.visionmagazineus.com.